Football fever is back. Billions of people around the world will soon be sitting in separate rooms, on separate continents, united by their passion for the beautiful game.

World Cup Russia 2018 kicks off on the 14th of June, and it’s taken a whole lot of energy to get us here. But what about the energy it requires to take part? Join us on a fascinating exploration of energy, power, and the battle of champions in the wonderful world of professional football.

The World Cup is the world’s most-watched sporting event. It’s easy to forget as twenty-two pixelated players dance around on our screens what a huge exertion of energy it takes for them to compete. The best way to measure energy count for exercise is calories. They’re the fundamental energy source for everything we do. But quite how much does a professional footballer do in a game?

To put that in context, the average Malaysian man would need to walk for around 4 hours straight to achieve the calorie count from a professional playing a single game of football and over 5 hours for a woman.

The World Cup is the pinnacle of the game, and for some teams, it goes further than others. So what’s the cost of success?

So what does the World Cup calorie count look like? Over 64 matches, without even thinking about extra time, the players at the World Cup burn around 1,536,000 calories. That’s equivalent to the calorie count of eating over 4,200 roti canai! That’s a lot of energy indeed.

There’s energy in the kick

If the exertion from football burns all these calories, where do they all go? Well some of them are converted into pure power, with the force behind a kick. Kicking a football creates kinetic energy, literally the force of our kick transferred to another object. So how powerful can a kick really be?

Of course, energy is always an area that encourages innovation. So why waste all that energy you’re putting in? In 2014, innovators in the United States decided to convert that energy into something helpful. They created a footballing wonder through a special football that converts kinetic energy into electric power which is stored to be utilised later on. Distributing this innovation to impoverished communities meant 30 minutes of fun football could provide three hours of LED lighting for reading later in the day.

Take a look at the infographic below when we compare football to energy:

Ronaldo vs. Messi – battle of the energy champions 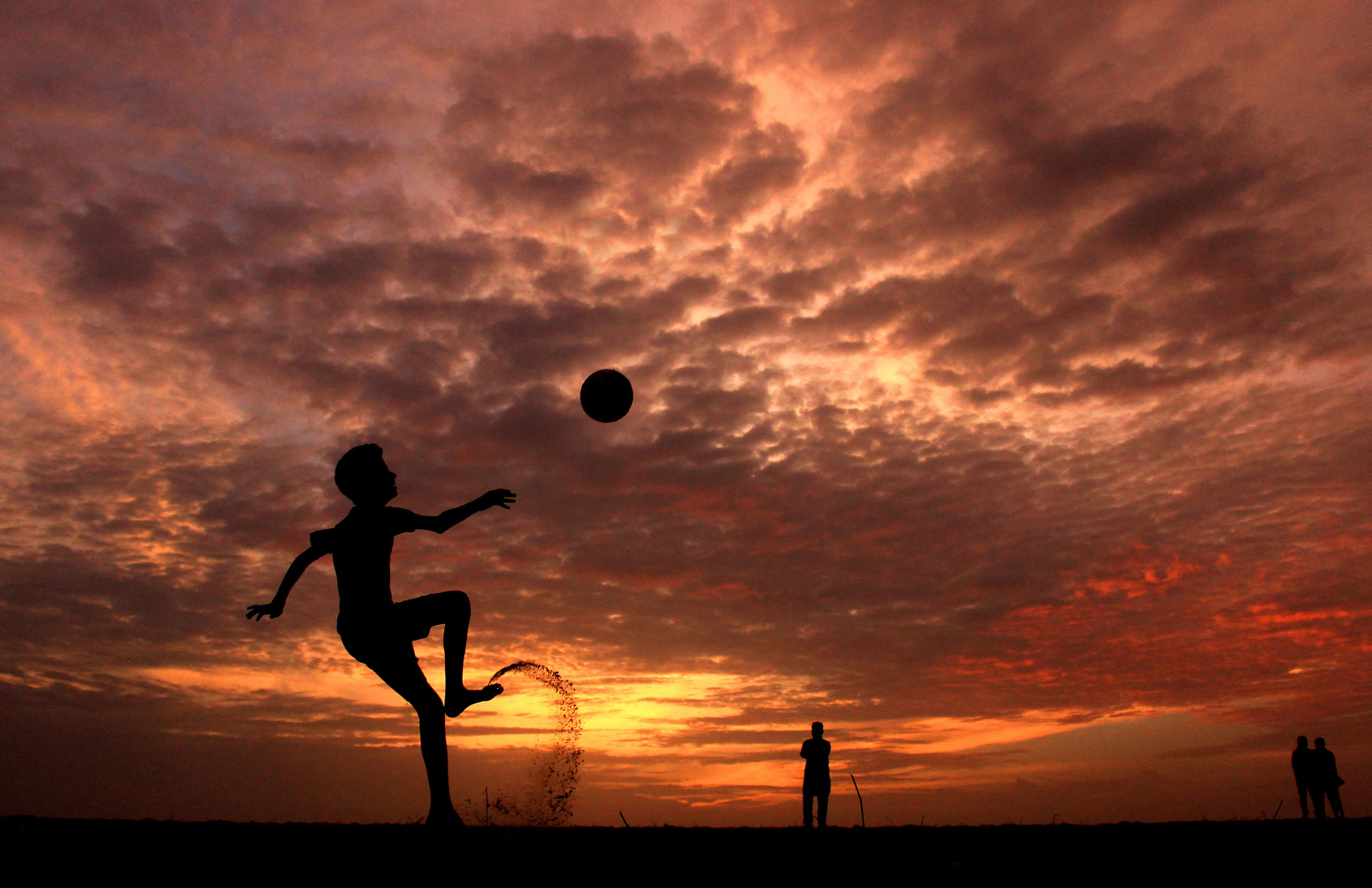 We all use our energy differently. The truth is the larger you are, the bigger the energy demands of exercise. So how does that impact footballers? Let’s look at the battle of the energy champions –Ronaldo vs. Messi.

Arguably two of the finest footballers the world has ever created, the 2018 World Cup offers the final opportunity for the distinctive physiques of Lionel Messi and Cristiano Ronaldo to compete against each other.

Messi is arguably the world’s best dribbler, with a perfect design physique. The calculations above indicate a lighter player would utilise less energy during a match. This is certainly true in most cases, but Messi’s unique ability to dribble the ball makes the most out of his physique to create a high-energy method of play delivered with an iconic energy efficient skill.

Ronaldo is a celebrated champion whose energy use is dictated by his greater height and weight. An average player undertaking exactly the same exertions with the different physical proportions of these two players would burn almost 200 calories more with Ronaldo’s physique.

Analysis of Ronaldo’s running has actually shown that as a taller, heavier player, he is forced to adjust the potential of his larger stride to manage the exceptional control he displayers on the pitch. He limits his energy use to better deliver on his professional success. Ronaldo has the potential to sprint faster but instead controls his energy to ensure continued control of the ball.

Wherever these two next meet, you can be sure there’s going to be a lot of energy involved, on and off the pitch!