Fuel and generation costs contributes almost 70% of the total tariff

When you pay for electricity, that money covers everything from the fuel (coal and natural gas, primarily) to power generators to the transmission lines which deliver it to your home. In Malaysia, fuel and generation costs take up by far the biggest part, with almost 70% of the total tariff contributing to this.

When you consider more than 90% of Malaysia’s electricity is generated by coal-fired and gas-fired power stations, it’s clear to see how changes in fuel prices can have a big impact on electricity costs. Adapting to tackle that challenge is exactly what the Imbalance Cost Pass-Through (ICPT) mechanism is designed for. 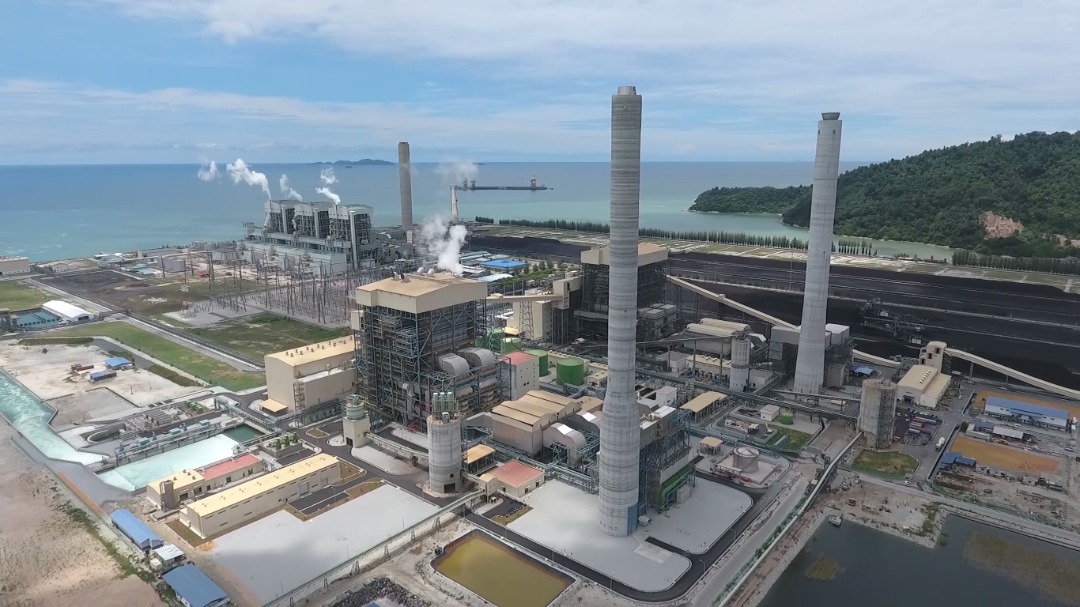 The recent announcement that Tenaga Nasional Berhad (TNB) can continue with the implementation of the Imbalance Cost Pass-Through (ICPT) reveals the importance of this flexibility in electricity production. As fuel prices change on global markets, our domestic market needs the freedom to adapt. That’s where ICPT plays such an important part.

The current ICPT adjustment won’t impact domestic consumers, so the price we pay to turn on a light or enjoy our air con will not change. It does impact businesses, which will be subject to a surcharge of 1.35 sen/kWh from the 1st of July. That means less than 20% of TNB’s ~9 million customers will see a change in their bills. So what’s the reality behind these changes, and how have changing global fuel prices led to this move?

The cost of fuel is on the rise

Malaysia’s ICPT mechanism has previously offered a rewarding system for electricity consumers. Since implementation in 2014, consumers have enjoyed RM6.3 billion in rebates. But the system is designed to provide flexibility as global fuel prices change, and that is where the recent adjustment has come in. 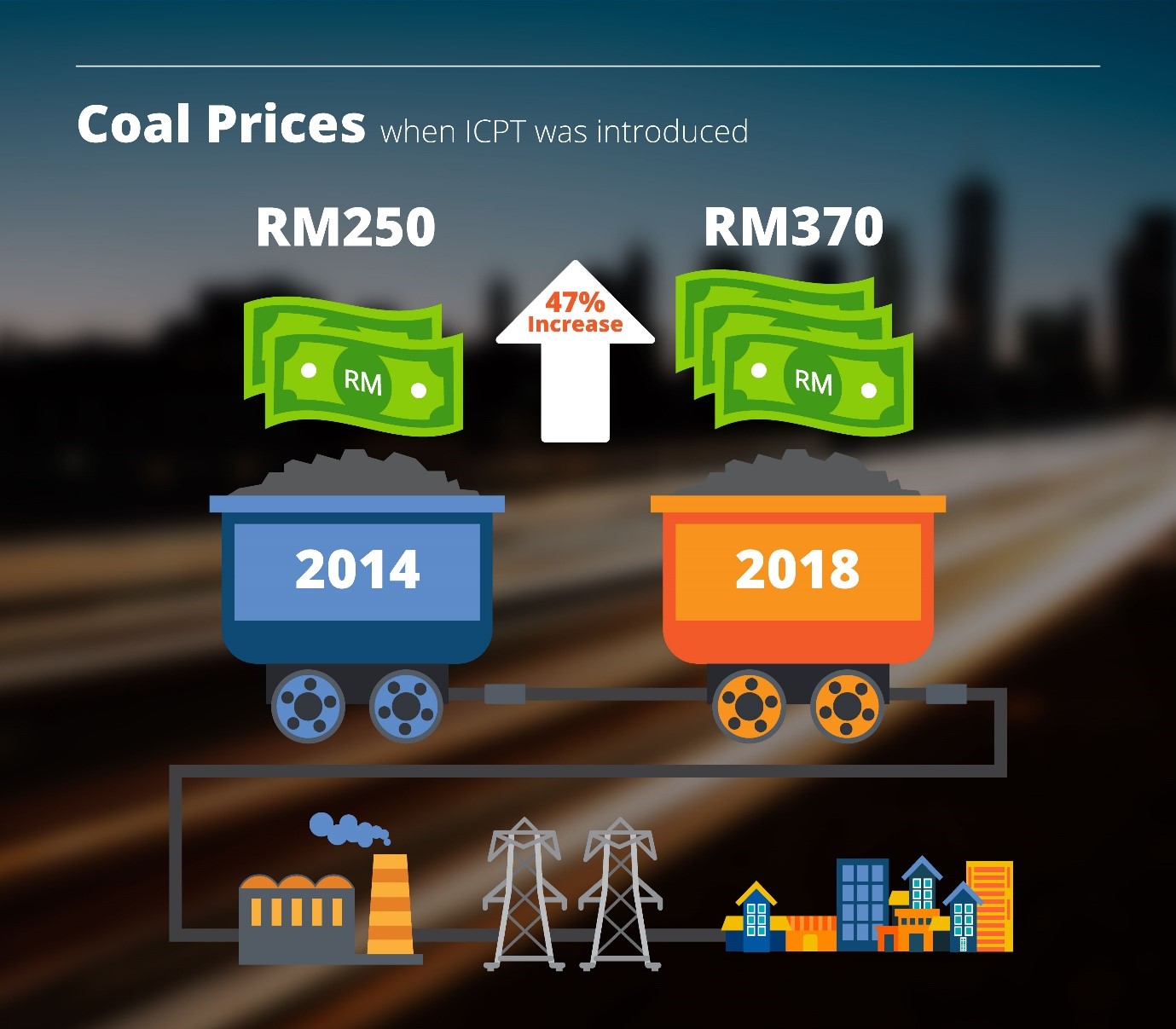 More electricity is produced from coal than any other source of fuel in Malaysia. Around 70% of that coal is purchased from regional neighbour Indonesia, with the share of what’s left sourced from Australia, South Africa and Russia. At the time that ICPT was introduced, coal prices were at roughly RM250 per metric tonne. At the start of 2018, the price of coal had reached over RM370 per metric tonne. That means prices have risen by 47% over that period of time.

Gas is the second largest source of fuel for electricity generation in Malaysia, and is still impacted by a degree of subsidisation. Subsidies will continue decreasing until gas prices balance with market prices. This policy is aimed to help ensure that Malaysia’s gas industry can remain globally competitive, while also promoting improved efficiency and sustainable operations.

The changing regional cost of electricity

Of course in a connected modern world, it’s not just Malaysia feeling the impact of rising fuel prices. Electricity prices around the region have continued to adapt as neighbouring nations wrestle with the changing cost of electricity generation.

Singapore’s electricity prices recently experienced an average 6.9% rise, with new prices going into effect on the 1st of July. The change will mean the average household bill for a domestic consumer in a four-room Housing Board flat will increase by around RM200 annually. This marks the third consecutive quarter where electricity prices have risen in Singapore.

Philippines’ power company Meralco has imposed a series of price increases on consumers already this year, the latest coming in July. The weakening local currency is one challenge the company is facing, as rising fuel prices and relative increases in costs push up generation costs.

Average electricity retail prices rose by 6.08% at the end of 2017, adjusting to increasing costs of generation that impacted the sector in recent years. The price in Vietnam has been held stable since 2015, meaning changing fuel prices had a significant negative impact. Inflexible pricing actually saw the sector lose over RM100 million in 2016, creating a challenging landscape for industry investments.

Malaysia introduced ICPT in 2014 as part of efforts to enable a more sustainable electricity sector. ICPT is assessed and adjusted every 6 months, on the 1st of January and 1st of July, ensuring that electricity prices can adapt to changing fuel prices. Adjustments to prices through ICPT have so far resulted in RM6.3 billion total rebates to consumers. The most recent change on the 1st of July will increase business electricity tariff adjustments by 1.35 sen/kWh, but will not impact residential consumers. 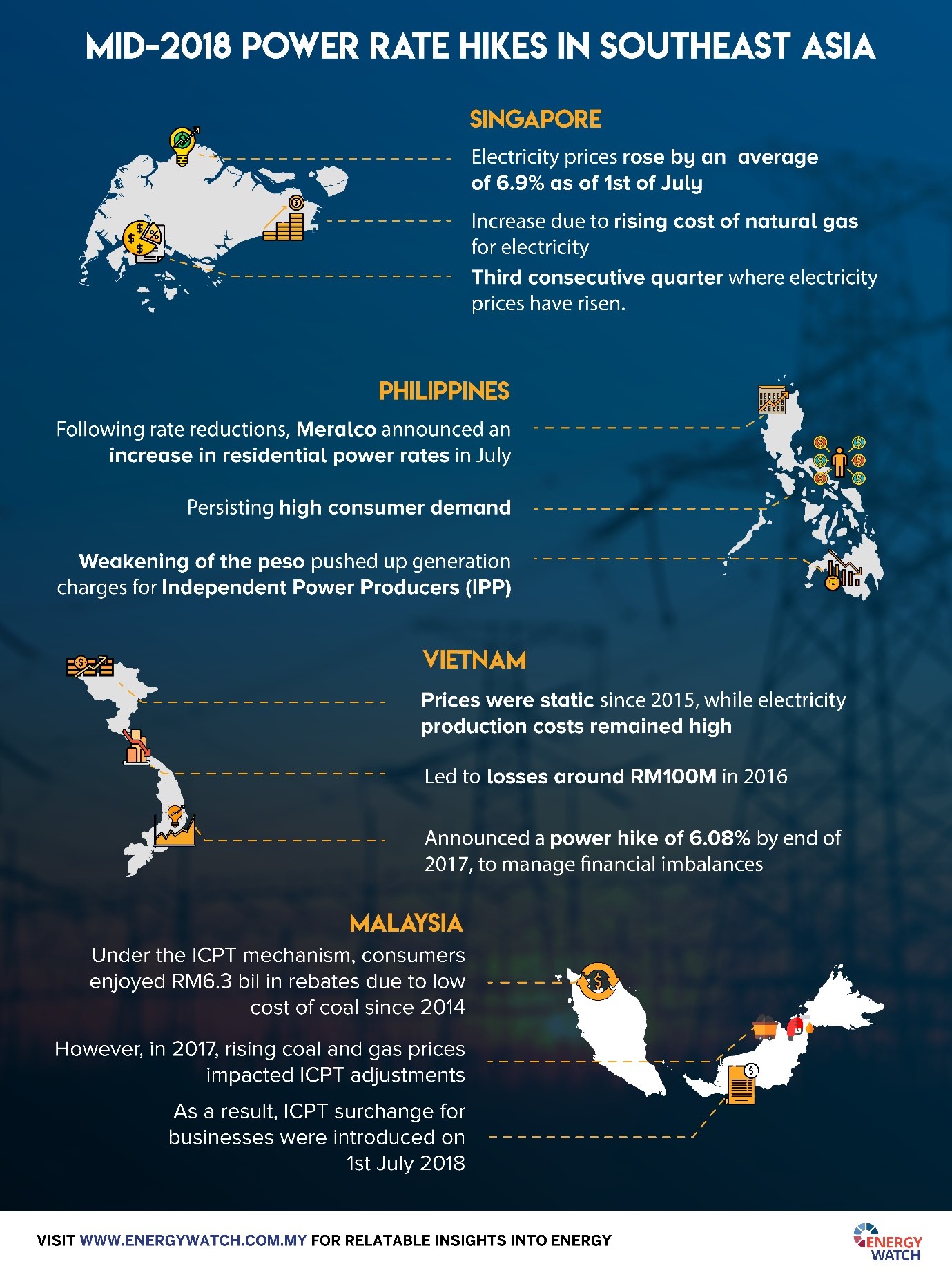 Understanding ICPT as part of a sustainable ecosystem

ICPT provides an essential tool for TNB. That tool is not used to generate greater profits – the recent ICPT pass through will have no impact on TNB’s own profits from electricity sales – but instead acts to ensure continued economic sustainability for this vital sector.

The case of Vietnam shows some of the impact of inflexible pricing and challenging market conditions when it comes to providing electricity. Meanwhile the region’s largest economy, Indonesia, offers another example of a nation trying to balance the cost of electricity with the success of its power sector as a whole.

In Malaysia, ICPT provides a flexible way to adjust prices that contributes to a sector which can continue to invest, grow and deliver a competitive and efficient industry. That means electricity prices that won’t suddenly increase in the future, and fuel costs that don’t cost the future of the industry.