ASEAN is a region of nearly 4.5 million square kilometres of land. Its borders include vast stretches of tropical seas, towering mountain ranges, immense rivers and dense jungles. This is why the question of an ASEAN Power Grid isn’t just one of political will, but also a question of practical economics.

Aspirations of an ASEAN Power Grid have been present in region’s energy policy for years, most recently reflected in the ASEAN Energy Plan 2016-2025. Supporters of the plan are attracted to the benefits it can offer, which include enhanced sustainability and resilience for the region’s ecosystem. Yet infrastructure challenges and policy hurdles have ensured that the ASEAN Power Grid has failed to spark. 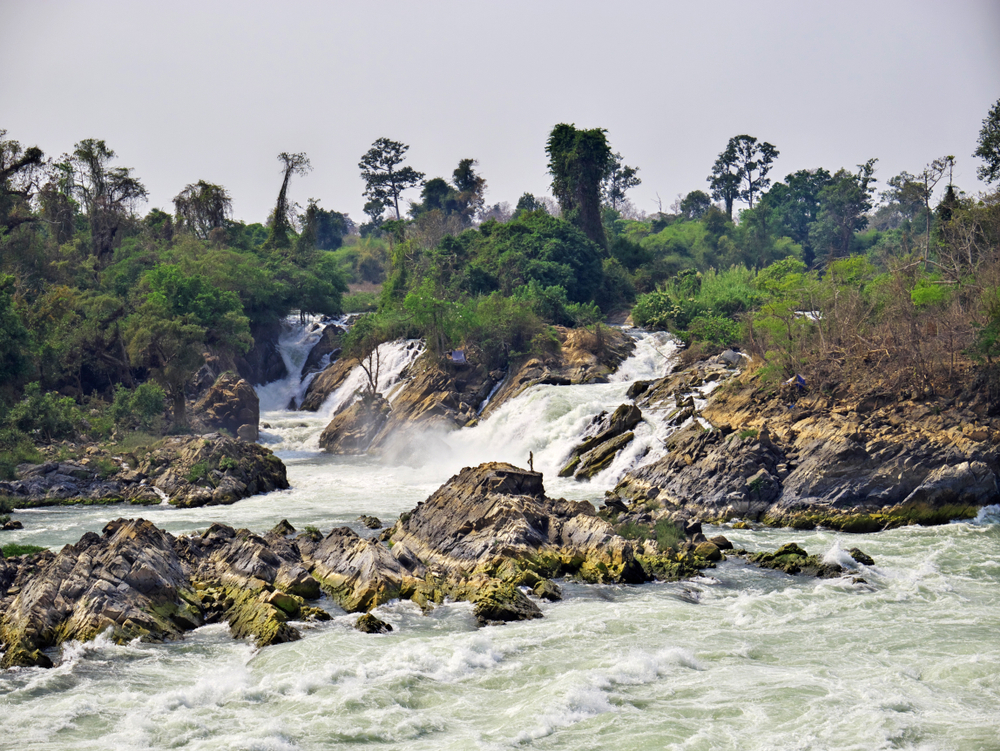 However, a recent agreement to extend a pioneering three-party energy deal is perhaps evidence in such challenging waters, the tides could be turning. The latest agreement, signed in September 2019, is set to expand on the terms of the original deal. The next phase will see a tripling in electricity capacity traded, with plans to increase to 300 MW by 2021. The new agreement is set to come into force in January 2020.

The next phase will see a tripling in electricity capacity traded

“ASEAN is ready for the ASEAN Power Grid. We will see the first and only multilateral agreement between Malaysia, Laos and Thailand in power trading. This will be the first, but it will not be the last for the ASEAN Power Grid,” said Malaysia’s Minister of Energy, Science, Technology, Environment and Climate Change, Yeo Bee Yin, speaking at the recent Asian Utility Week 2019 in Kuala Lumpur.

This pioneering tripartite agreement was signed in September 2017. The deal saw Malaysia’s Tenaga Nasional Berhad (TNB) agreeing to purchase 100MW of electricity from Laos, utilising the transmission grid of mutual neighbour Thailand. The deal came into force in early 2018 and was due to expire by December 2019. This agreement represented the first instance of multilateral energy exchange or trading in the ASEAN region, and rekindled the conversation about the importance of an ASEAN Power Grid. 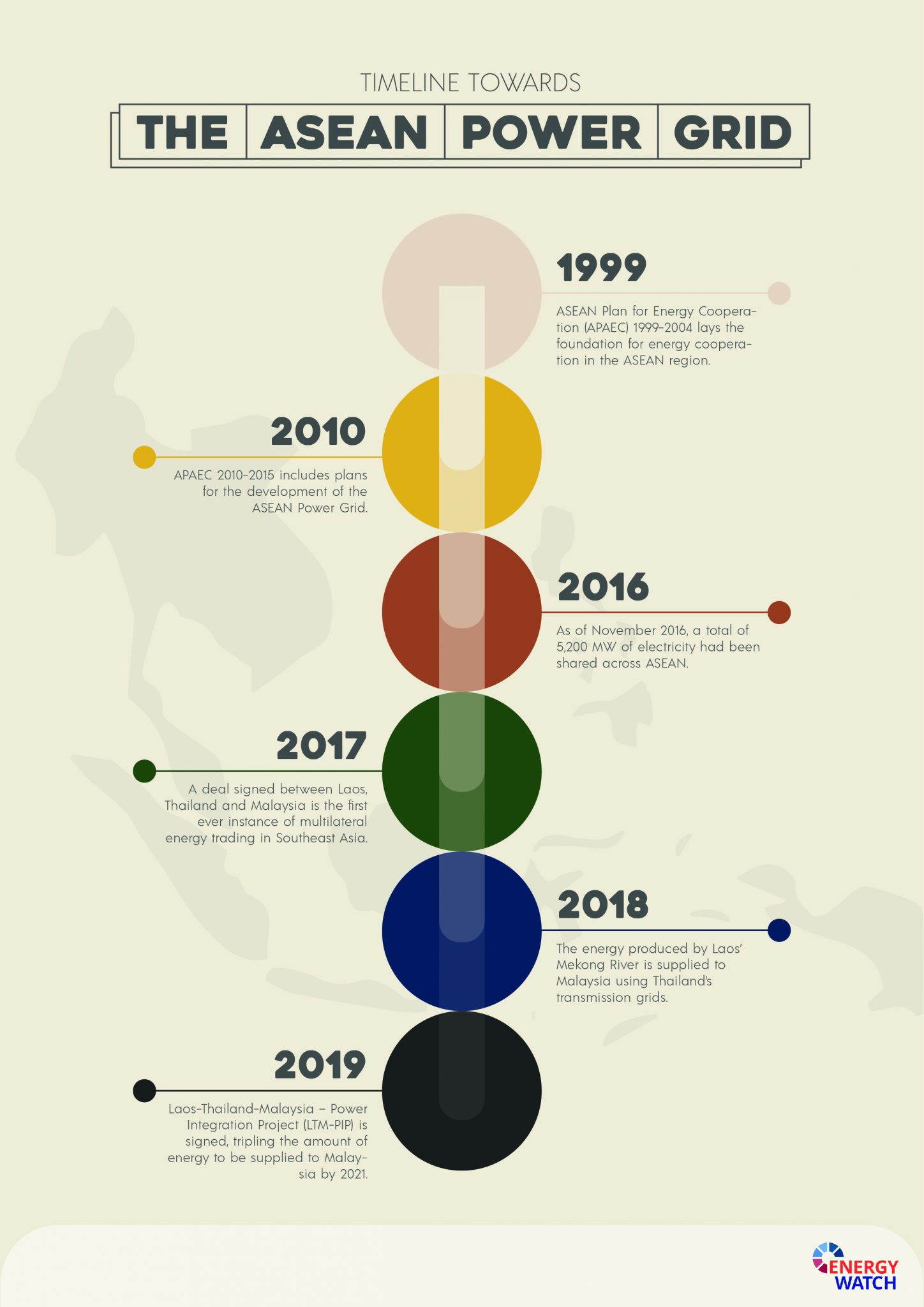 Close neighbour Singapore is already in discussions with Malaysia about its own role in an expanding the ASEAN grid. That ripple effect of regional interest is something that backers like Malaysia and Thailand are banking on, and more importantly, will be nurturing the right regulatory environment.

These trilateral trade deals are based on the concept of an energy purchase and wheeling agreement (EPWA). At its core, this type of agreement is one of energy transfer. One party – Laos – is agreeing to sell energy to a second party, in this case Malaysia. As a third-party enabler, Thailand is an essential conduit for that energy, ‘wheeling’ or transporting the electricity from the buyer to the seller through their own established grid infrastructure. 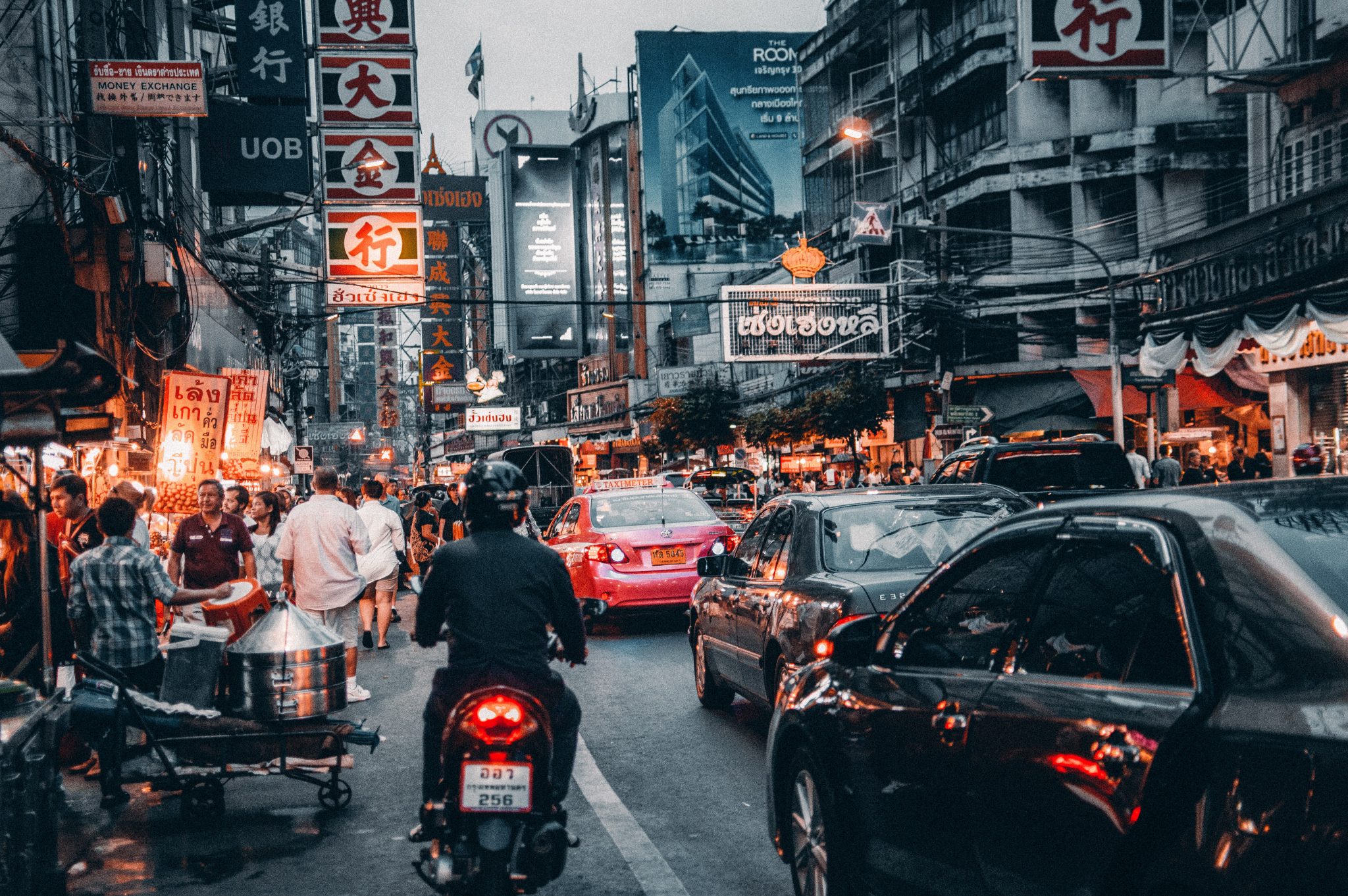 With this pioneering trio leading the way, the expanded multilateral agreement could well provide a catalyst for greater integration of the region’s networks. Malaysia’s discussions with Singapore are perhaps a sign of things to come. Thailand is holding its own discussions with neighbouring Myanmar, exploring connections with a view to potentially share 250 MW of power. Cambodia is also reportedly exploring its own role in this emerging ASEAN Power Grid.

Using existing infrastructure to enable cross-border power sharing presents a significant opportunity for Thailand. The nation’s favourable geographical position places it at a nexus of the ASEAN region, with direct land borders to Cambodia, Malaysia, Myanmar and Laos. Vietnam’s high-growth economy sits just 100 kilometres away. The rising global powerhouse, China, is also within easy reach. When it comes to an ASEAN power grid, that kind of geography really does matter.

Thailand is well aware of its position as a pivotal regional energy player as evidenced by an agreement made between the nation’s main stock exchange and the Electricity Generating Authority of Thailand (EGAT). The agreement, signed in September 2019, was for the development of an energy trading platform – a key step towards realising its plans of becoming a regional trading hub for electricity. This partnership will provide a springboard to investigate the development of a wholesale electricity market for ASEAN members. 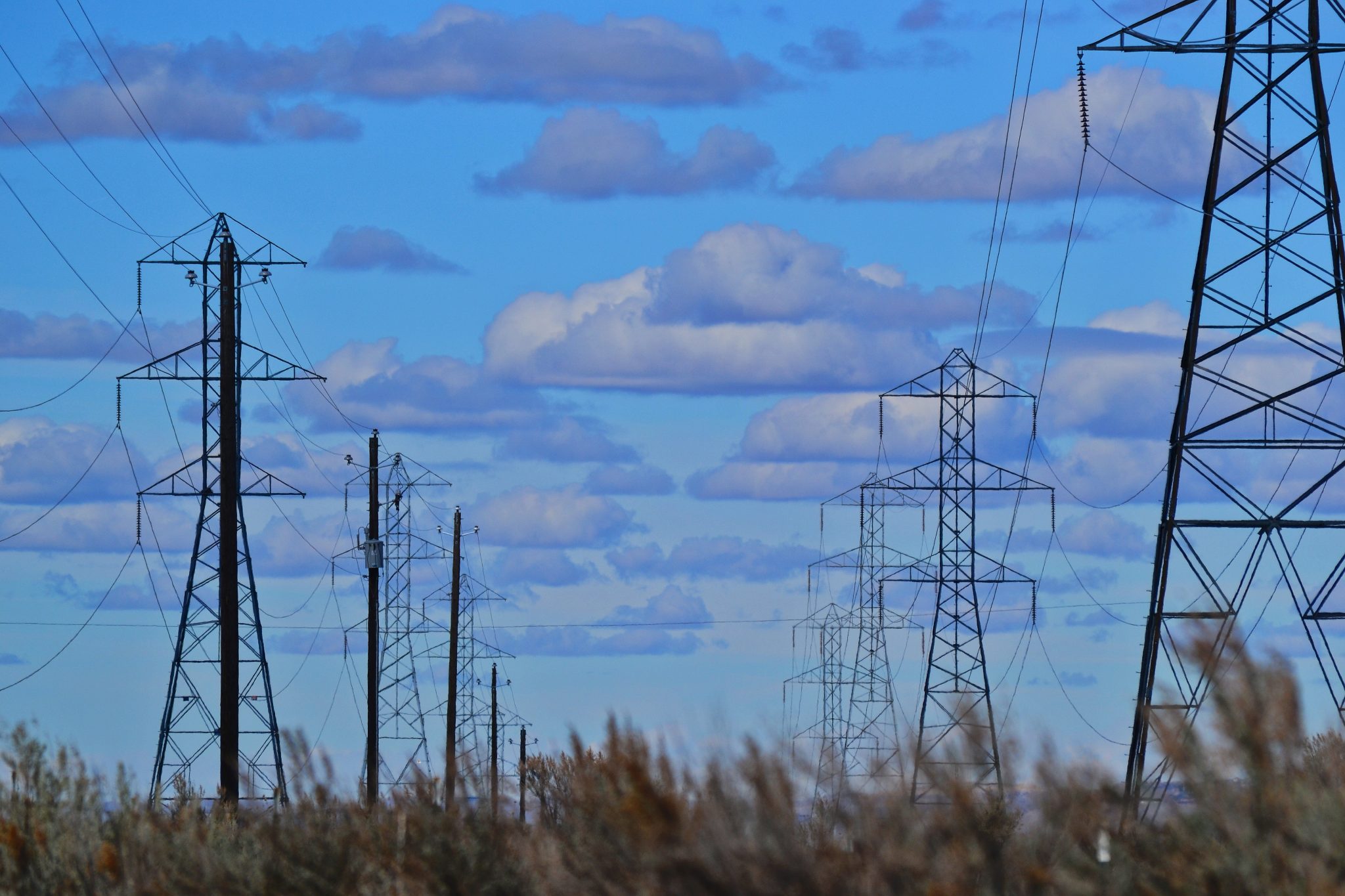 Leveraging existing infrastructure is, of course, only part of the puzzle. A truly integrated ASEAN power grid will require even greater integration of networks, including investment in new physical infrastructure. The Trans-Borneo Grid is one example of this expansion in practice. The project aims to link the electricity generated by Sarawak Energy Berhad (SEB) to buyers in the neighbouring state of Sabah, as well as the neighbouring nation of Brunei Darussalam. This expands on previous cross-border agreements that link Sarawak with the Indonesian state of West Kalimantan.

New cross-border high voltage transmission lines (HVTL) are essential to this expansion, as are accompanying substations. Without developing modern grid infrastructure with the capacity to meet cross-border demand, these partners might as well be attempting to trade electricity between Naypyidaw and Jakarta as neighbouring states on Borneo. 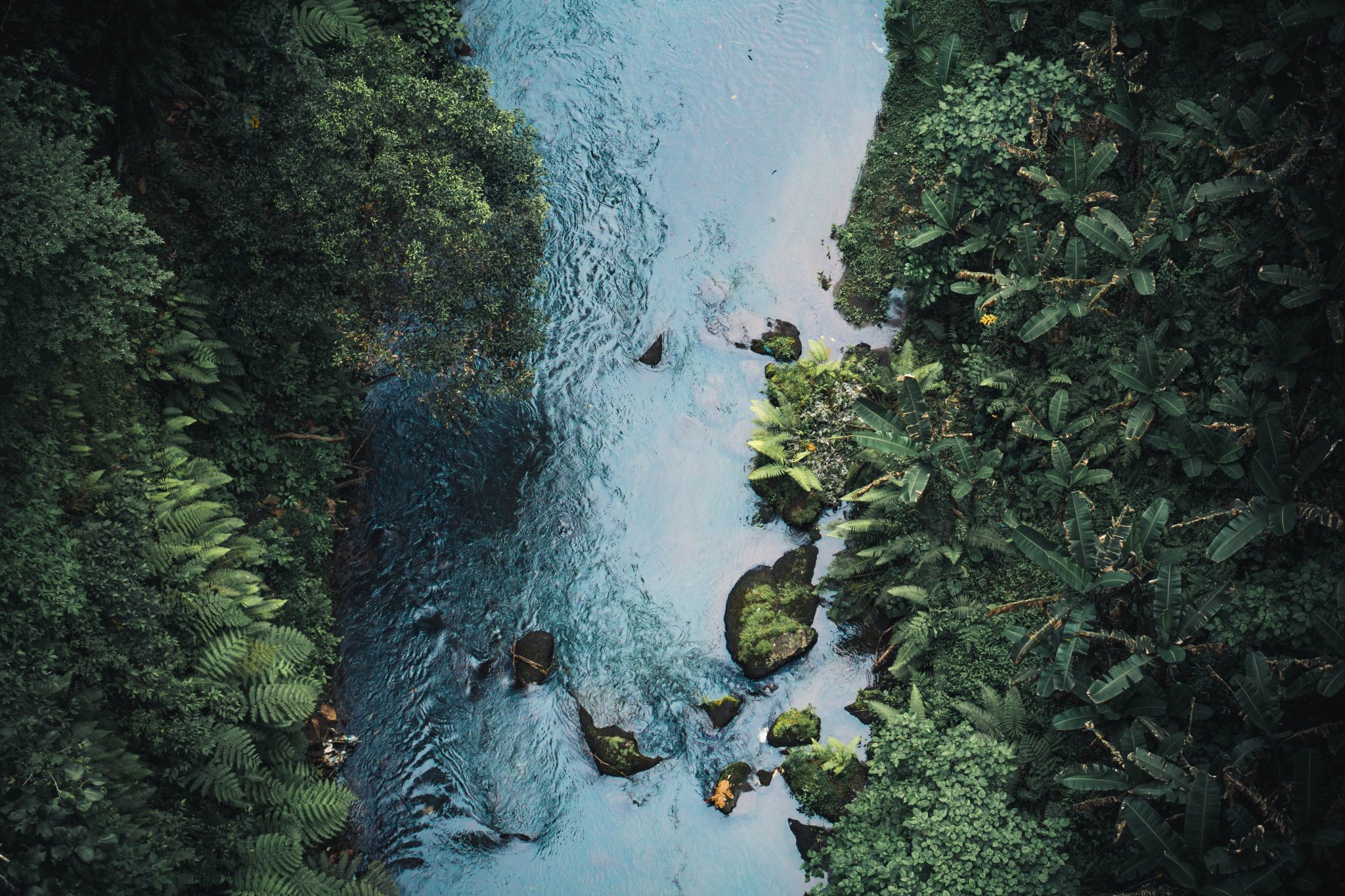 ASEAN’s unique geography undoubtedly creates challenges for the emergence of a true ASEAN Power Grid. Yet the geographical challenges we speak of also frame the opportunities present. Sarawak’s proximity to West Kalimantan enables cross-border connections, so that reliability of electricity supply is improved in the local grid. That’s an economically attractive opportunity when you consider that West Kalimantan’s grid is located hundreds of kilometres of ocean distant from Indonesia’s most mature electricity ecosystem on the island of Java.

Laos’ extensive hydropower capacity emerges from the mighty Mekong, Southeast Asia’s largest river. The hydropower generated from the river’s flow provides low-carbon power to Malaysia through the EPWA thanks to third-party facilitator Thailand. Such benefits of collaboration are only amplified as ASEAN’s power grid becomes more integrated.

Hopeful conversations of an ASEAN Power Grid had seemed as inevitable as the monsoons that lash the region each year. Yet recent developments speak perhaps of a ray of sunshine amidst the storm clouds. A true ASEAN Power Grid may not yet be a reality, but supporters of the project will be optimistic that the right connections are beginning to spark. 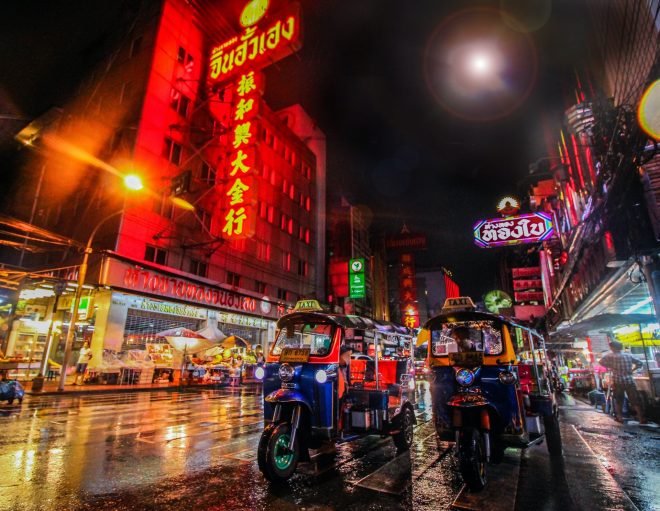