Malaysia is a nation which has witnessed remarkable transformations since the early days of independence. From the moment the cries of “Merdeka” echoed seven times across Merdeka Square on 31 August 1957, Malaysia has been on a shared journey of growth. On the 16th September 1963, that journey transformed into a fully self-determined future.

Since that day 57 years ago, almost every facet of Malaysian life has changed in some way. That means everything from the cars we drive through to the jobs we work. The rapidly modernising electricity sector ran like a backbone through that transformation. In honour of Malaysia Day 2020, we’re going to explore seven areas of transformation that truly show Malaysia boleh!

Rickety railways and bumpy roads ruled pre-independence Malaysia. This infrastructure was built primarily to serve colonial interests — transporting raw export materials such as tin and rubber from mining towns and plantations. Over the years, development centred on serving citizens’ needs and connecting communities. 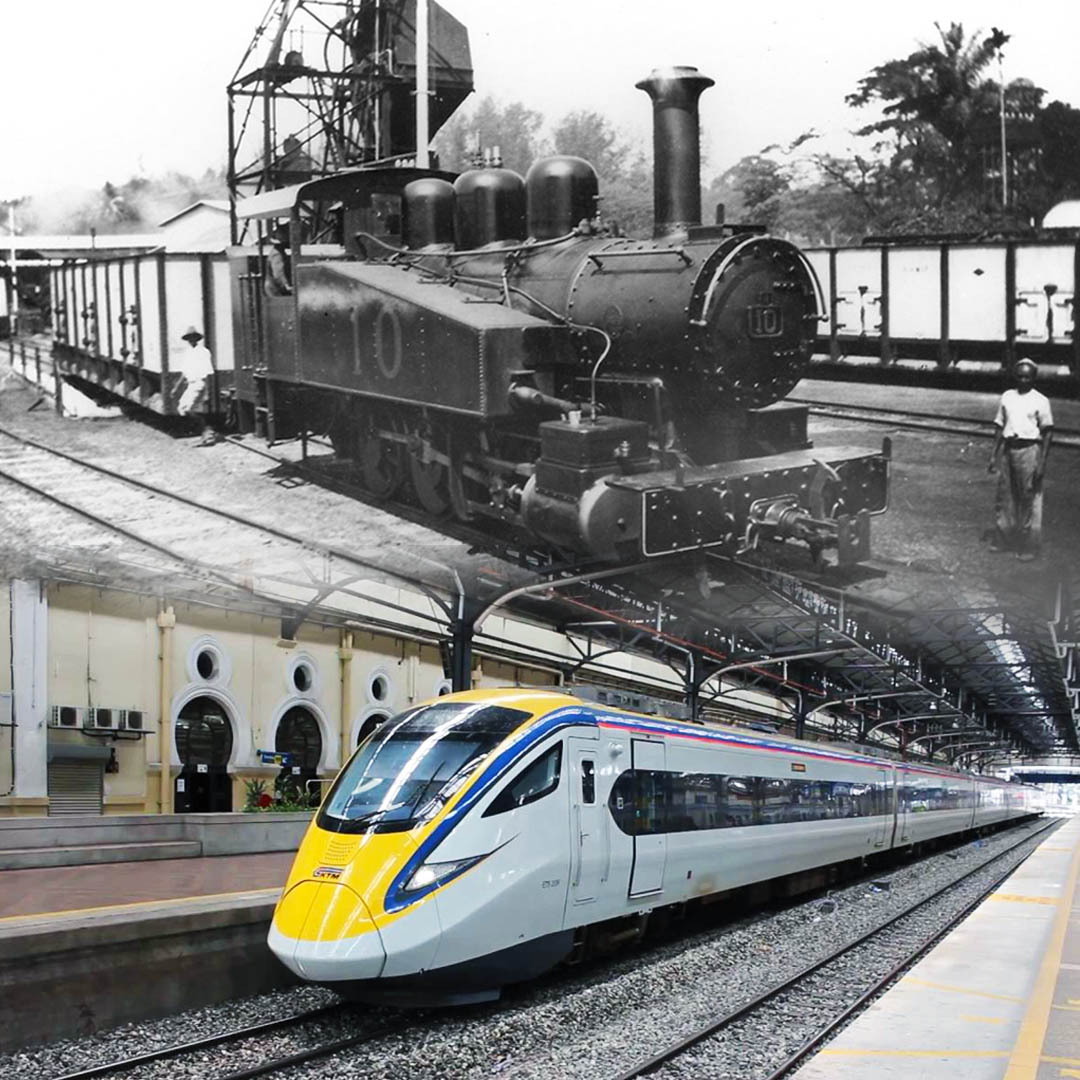 By 1980, Malaysia was home to over 2.6 million vehicles, journeying over 30,000 kilometre of roads. As infrastructure investments grew, increased electrification saw Malaysia’s first electrified railway line — KTM Komuter — beginning operations in 1995. Today, much of the railway systems across Malaysia is already electrified or in the middle of the electrification process. Modernising and electrifying the transportation sector on such a wide level is made possible because of the country’s impressive electrification rates.

Malaysia also created history with the production of its own national car, the Proton Saga, in 1985. Today, the country’s transportation sector continues to mark milestones in its evolution. Electric vehicles now traverse the streets, with leading brands such as Volvo partnering with the government to drive the sustainability agenda. Almost 400 EV charging stations are available across the country, with older vehicles increasingly being replaced by new plug-in hybrid and electric vehicles.

From a few scattered projects to test the waters of an electrified transport system, to integrated plans for an Intelligent Transport System, electricity is now vital to the future of Malaysian transportation. 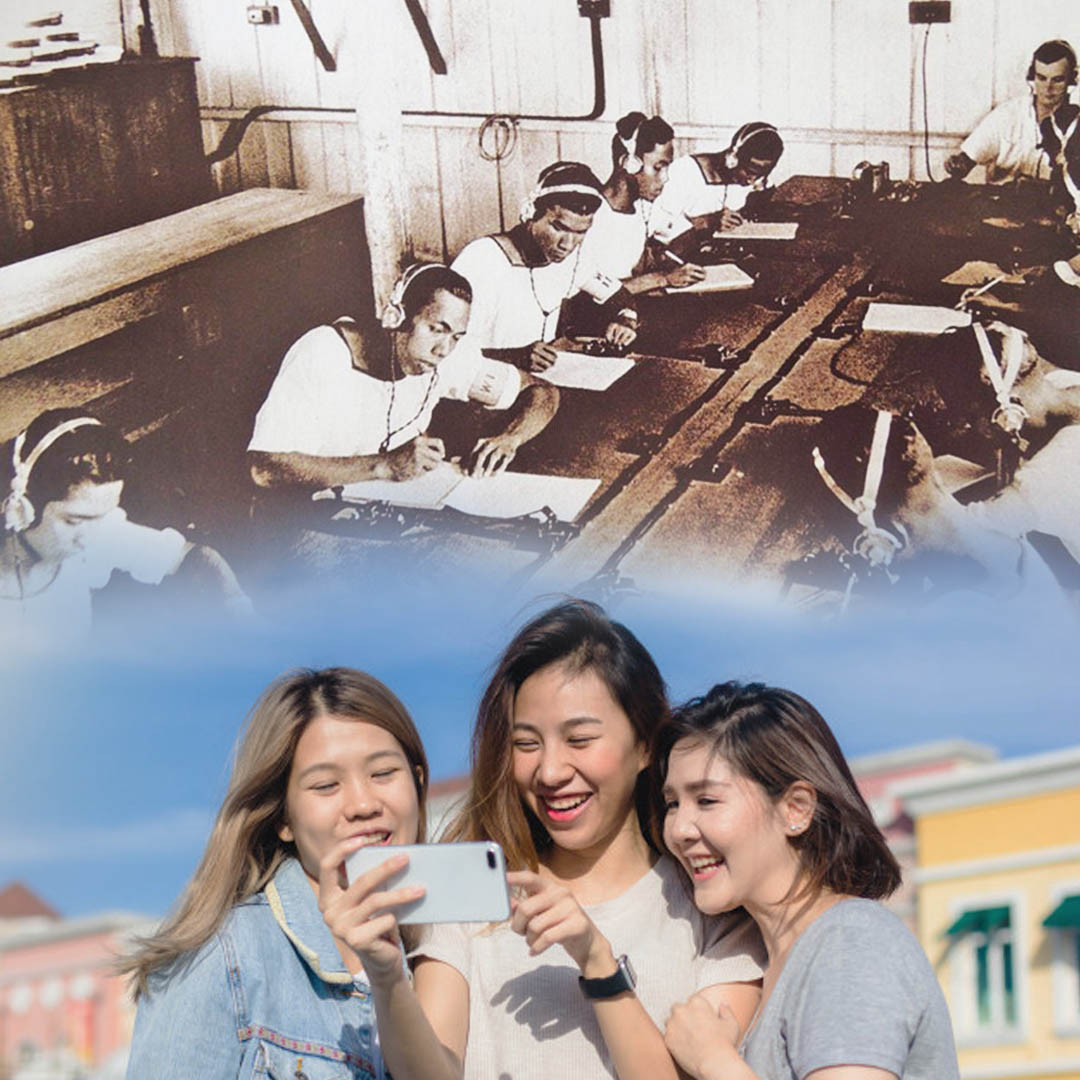 Communication in 1963 Malaysia was dominated by rotary phones, postal services, and even telegrams. It was only in 1965 when telephone directories were even given to customers lucky enough to own a private telephone.

Decades later and it’s fair to say Malaysia’s telecommunications landscape has changed significantly. In 1985, cellular phones reached Malaysia in the form of the ATUR 450. Thus began the continuing shift from fixed landlines towards mobile phone connections, and a new era that interlinked access to electricity with access to telecommunications. Without a place to charge, that mobile phone isn’t so useful!

Now these pocket-powered super computers are fundamental to our modern world. By 2018, 78% of Malaysians owned a mobile phone according to the Malaysian Communication and Multimedia Commission (MCMC), with over 42 million mobile-cellular subscriptions for a population of just over 32 million citizens.

Underpinning this opportunity is Malaysia’s widespread access to electricity, meaning wherever your phone goes, there’s electricity to keep it powered up. That even includes rural locations like Tioman island, where Tenaga Nasional Berhad (TNB) installed off-grid solar and hydro in 2018. That’s the power of the sun, quite literally keeping us connected! 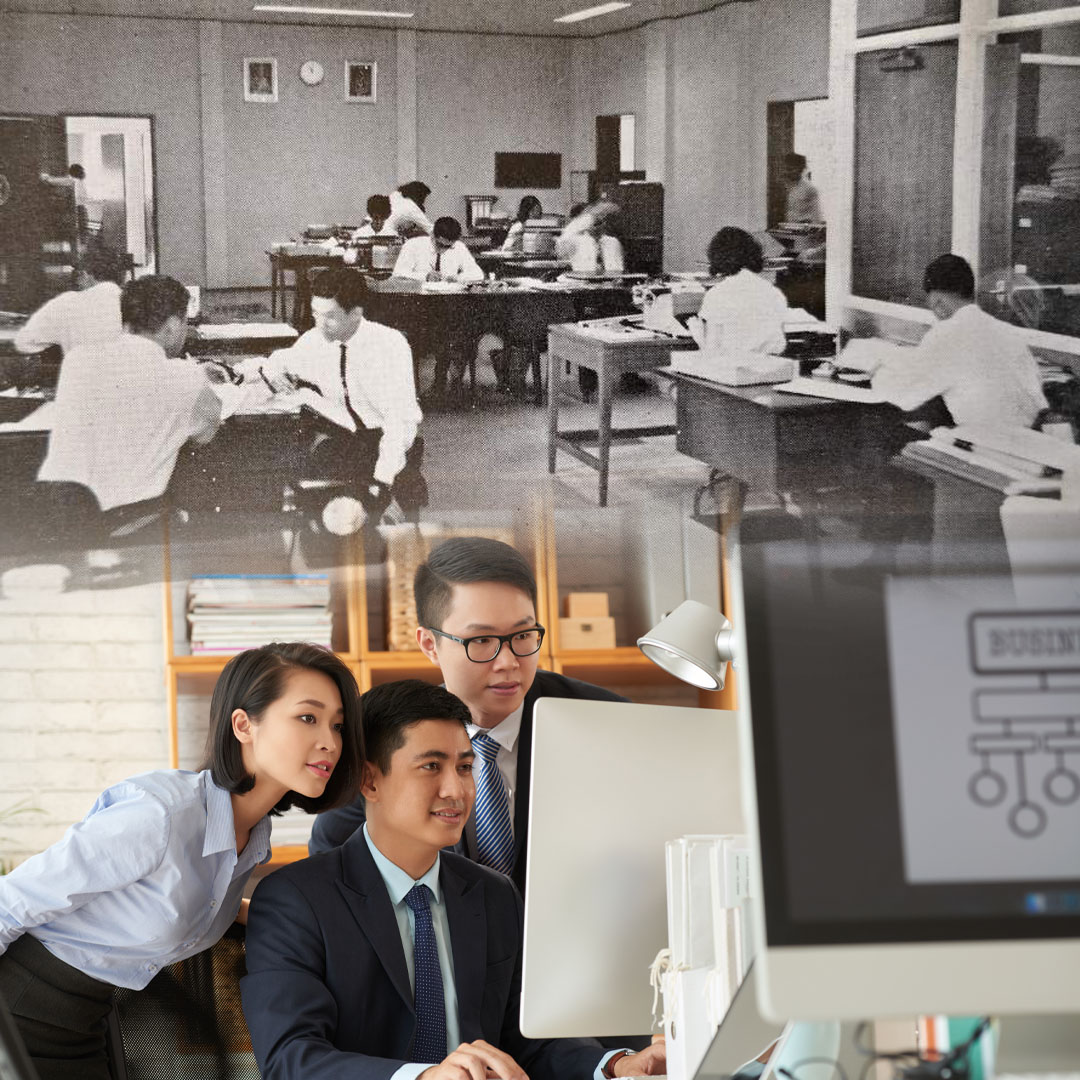 Today, connectivity is part of our daily lives. MCMC estimate that over 87% of Malaysian citizens had an internet connection by 2018. That includes over 36.8 million mobile-broadband subscriptions. While we take for granted that the internet exists, we sometimes overlook the huge importance of electricity in keeping it going. A study in 2016 estimated it took 70 billion kilowatt hours of energy a year to keep the internet running! That’s almost 200 times higher than the total electricity generated in Malaysia in 2018 alone .

The electricity industry is also taking a pioneering role in the next generation of connectivity for Malaysia, with TNB committed to supporting rollout of the nation’s National Optical Fiberisation and Connectivity Plan (NFCP). This project aims to deliver 98% broadband coverage in residential areas by 2023, with a minimum bandwidth of 30Mbps. 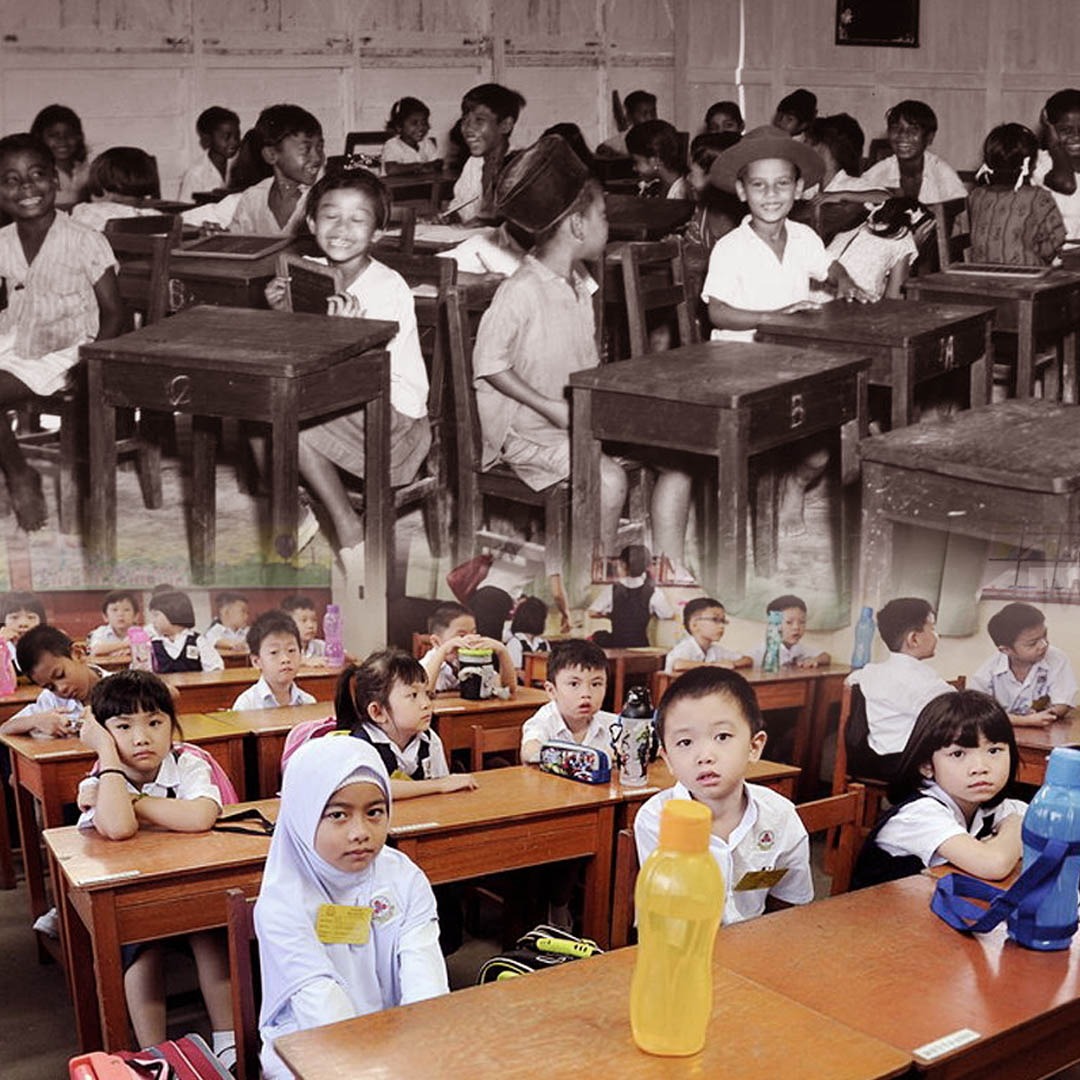 In 1963, Malaysia faced a teaching landscape that lacked infrastructure and resources to deliver world-class education. That wasn’t simply schools themselves, but access to electricity that is fundamental to enabling learning.

This institutional support is backed by growing electrification providing better opportunities to study. At the advent of independence in 1963, Malaysia didn’t even boast a unified electricity grid. Today, electrification in Malaysia is at near-100%, connected by over 700,000 kilometres of electricity lines that crisscross the country. In comparison, regional neighbour Cambodia has still only achieved access to 91.6% of the population, and Myanmar just 66%. Greater access to electricity means the light to read a book at home, energy for air cons and fans to keep a school cool, and the power to connect to a world of online education. 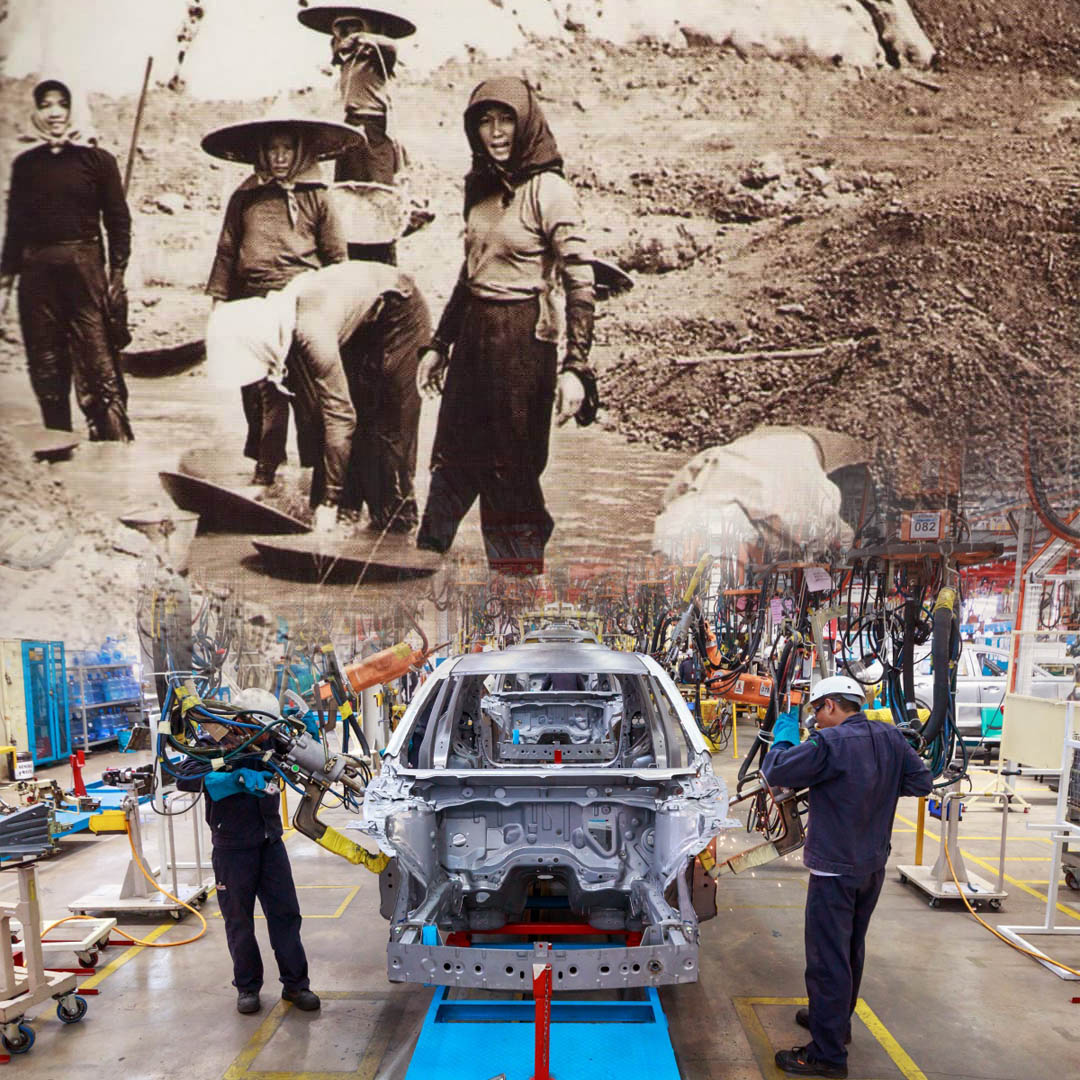 The New Economic Policy (NEP), launched in 1971, was the first spark of a modern Malaysian economy. From labour-intensive jobs in mining, timber, and agriculture, Malaysia began to transform. By the 1990s, Malaysia’s economy had transitioned towards manufacturing as a leading growth sector. Manufacturing today provides almost 2.2 million jobs in Malaysia, second only to the 4.3 million jobs in the service sector.

These modern technologies are part of the growing ‘electrification of things’, as electricity continues to provide the fundamental backbone to economic opportunity. This electrification will mean everything from industrial engines in manufacturing to transport will be powered by electricity. Thanks to renewable energy initiatives like Malaysia’s large-scale solar project, we can help power a low-carbon economy of future job opportunities for the nation’s workforce. 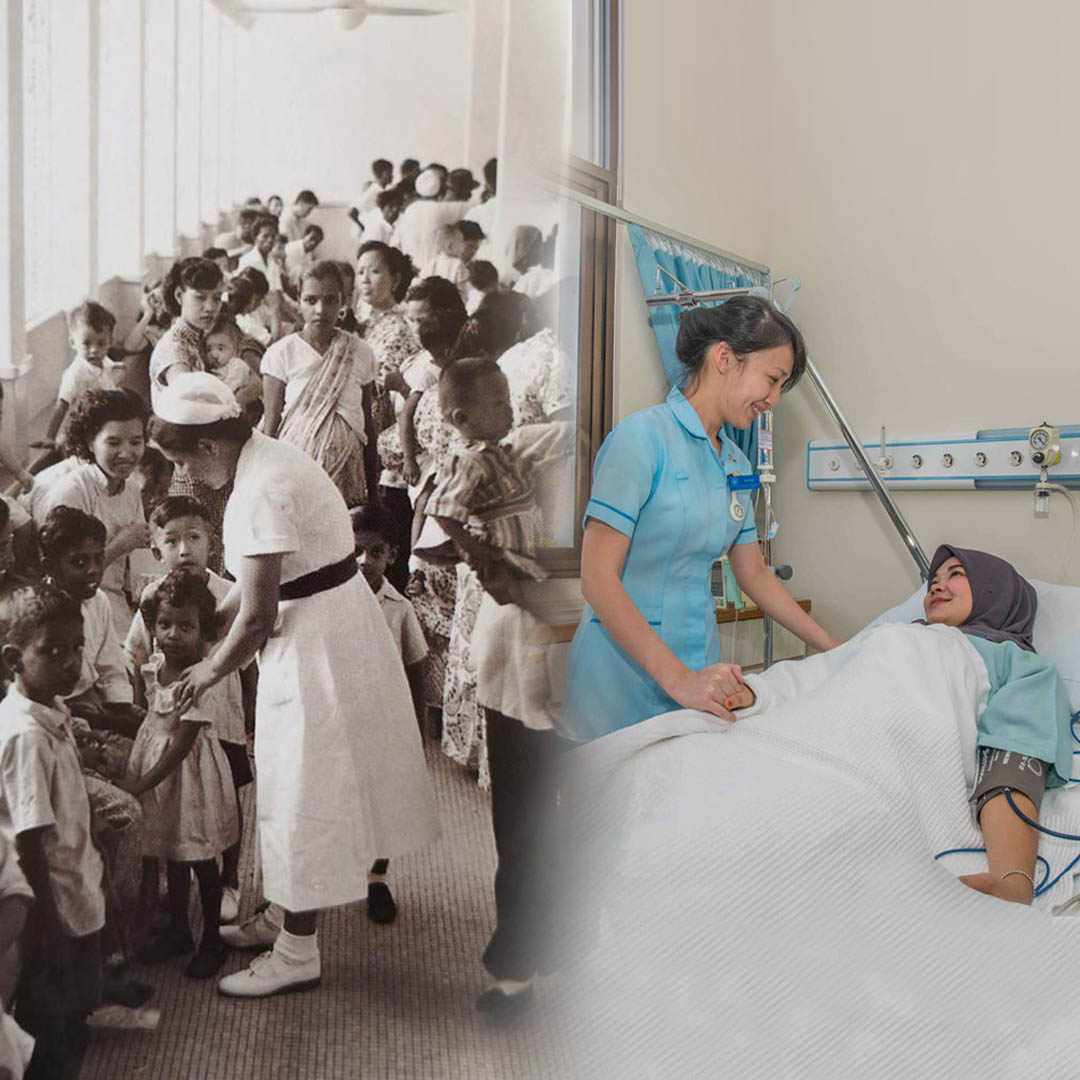 Important for delivering on this opportunity is access to reliable electricity to power healthcare facilities. Peninsular Malaysia has one of the most reliable electricity networks in the world, experiencing just 48.22 minutes per customer on the System Average Interruption Duration Index (SAIDI) in 2018. In comparison, the average minutes lost per customer per year in the European Union between 2010-2014 stood at 175 minutes. Malaysia’s reliable power supply helps create a more stable future for world-class national healthcare. 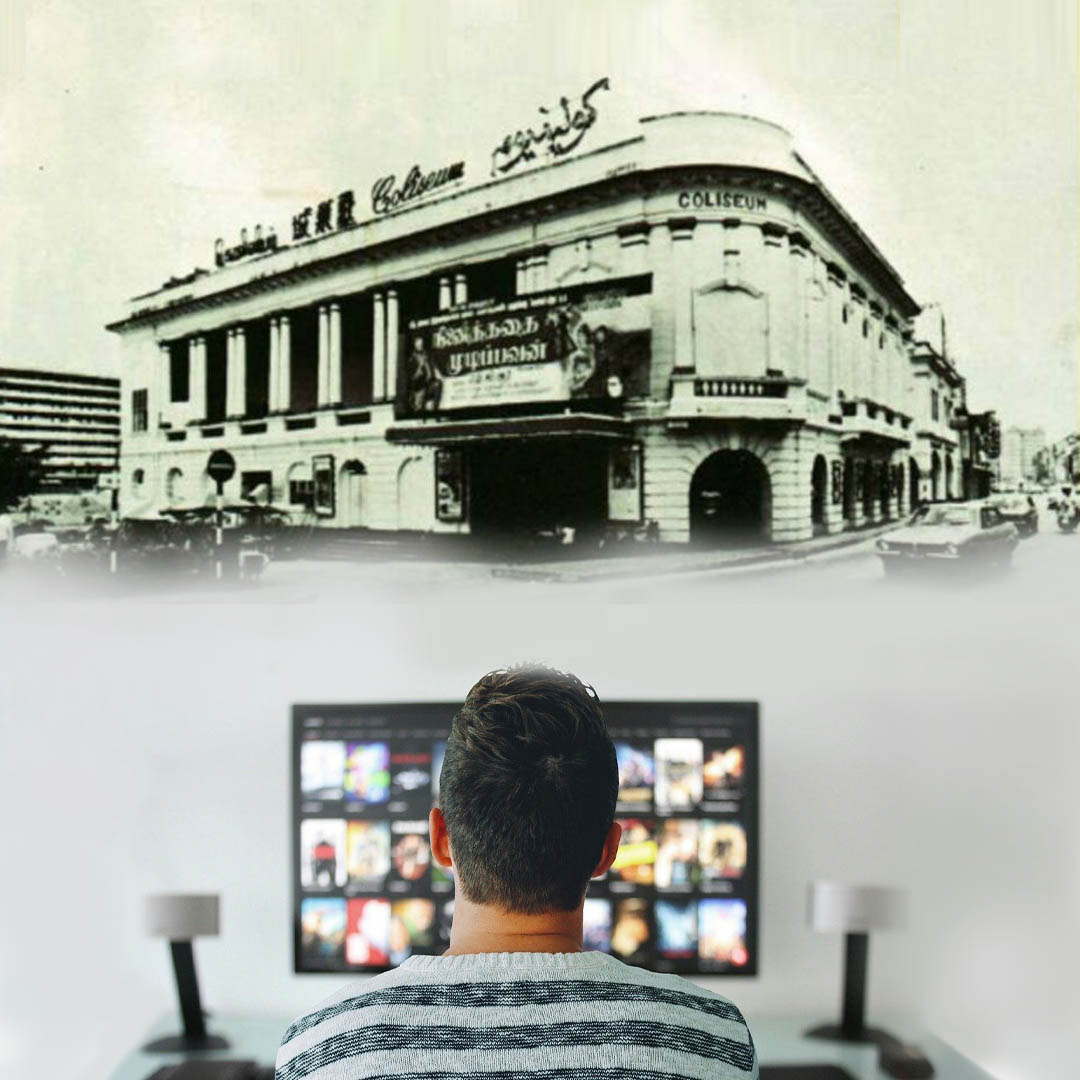 The 1960s represented the Golden Age of Malaysian cinema, with iconic P. Ramlee wowing audiences across the nation. The shows were amazing, but you had to venture to the iconic theatres in places like Kuala Lumpur’s Jalan Tuanku Abdul Rahman — previously Batu Road — to find them. On 28 December 1963, Television Malaysia was launched by the Prime Minister Tunku Abdul Rahman himself and colour television was introduced 15 years later.

While picturing the olden days stir nostalgia in many, it’s hard to compare against our ultra-connected modern environment. Smart televisions and mobile phone apps offer a world of choice for our modern entertainment. Netflix alone boasts so much content that it would take over four years of continuous watching to view it all. Now there’s Amazon Prime, Disney+, and a whole internet of opportunities to consider too.

None of these wonders would be possible without energy. It’s estimated that digital technologies as a whole consume so much energy, they’re responsible for 4% of global greenhouse gas emissions! You only have to look at recent COVID lockdown consumption to see how our demand for entertainment and electricity are mixed. With everyone stuck at home, residential electricity usage went up 22% in Malaysia.

Keeping electricity flowing has been key to keeping us all entertained in this modern world of connected entertainment. But more fundamentally, Malaysia’s stable electricity grid has been a backbone that has seen the country grow from infancy to a nation that has thrived on the world stage while keeping true to its roots. This Malaysia Day, Energy Watch reflects on Malaysia’s journey over the past 57 years, while not forgetting the many quiet players that have made our success possible.