Many economies are now on a steady path in their energy transition journey. Spurred by structural, permanent changes to energy supply, demand, and prices, the transition looks to reduce energy-related greenhouse gas emissions through various forms of decarbonisation.

The International Energy Agency (IEA) estimates that the global total renewable-based power capacity is set to increase 50% between 2019 and 2024. Many major players in the fossil fuels industry are now turning towards renewable (RE) energy in a bid to diversify their revenue and resource streams in response to growing concerns over climate change.

While some experts argue that this will likely take some time, there is no denying that the shift is already underway. 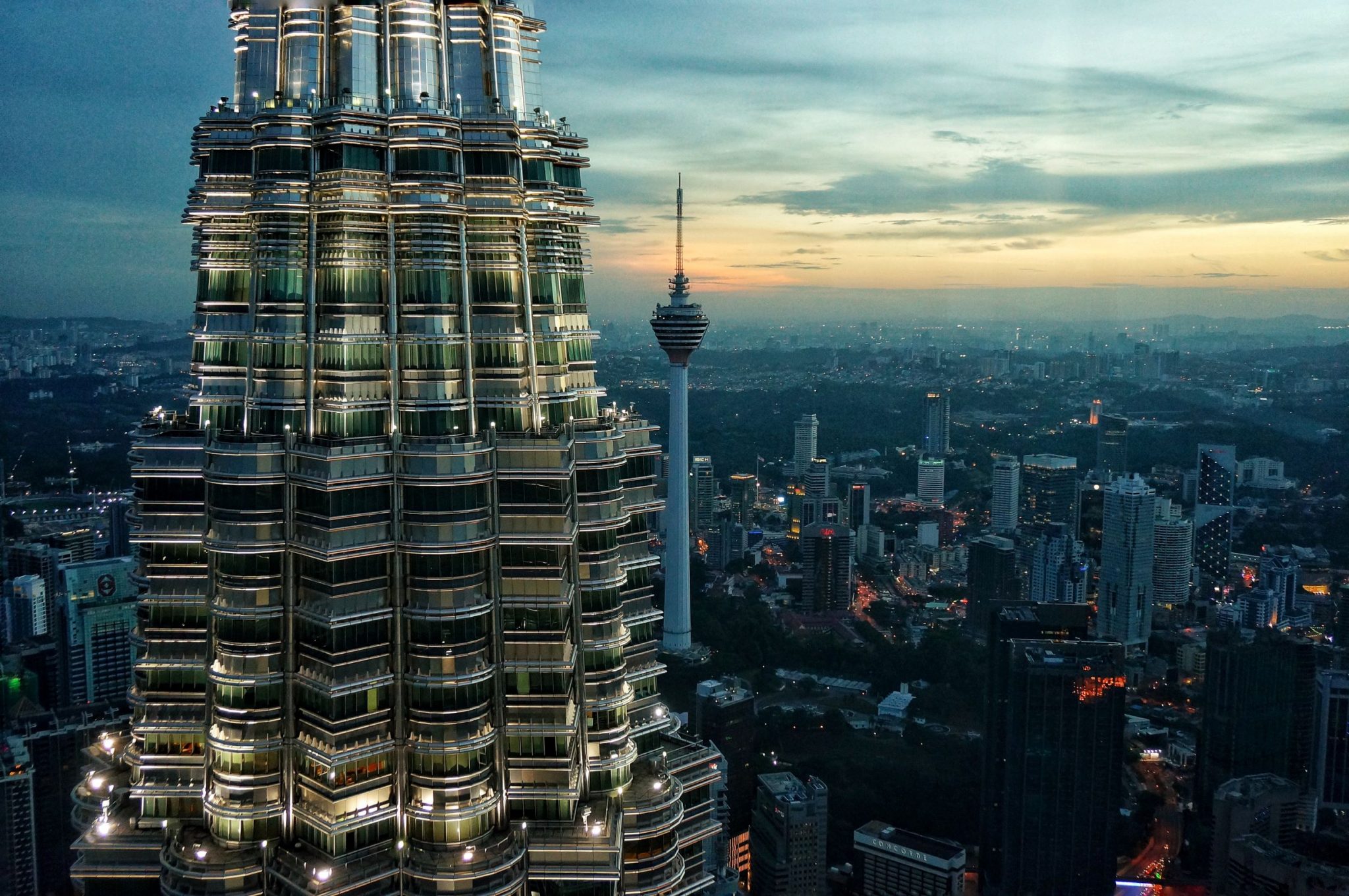 Malaysia’s energy ecosystem is currently looking towards achieving 31% of renewable energy capacity mix by 2025. This goal is built on the back of the readiness of Malaysia’s energy grid which is already more superior to some developed countries. For example, in the Smart Grid Index, (a simple and quantifiable framework that measures smartness of power grids globally) in seven key dimensions, Tenaga Nasional Berhad (TNB) performs remarkably well at 62.5% in 2020. This is the second best spot in ASEAN region behind Singapore´s SP Power.

According to Chief distribution network officer Wan Nazmy Wan Mahmood, the lofty aspirations of TNB is to reach the 85% threshold in 2025. This is doable. To ensure Malaysia impressive grid is ready for transition, natural gas provides a secure, affordable and sustainable baseload energy source. It functions in synergy with renewable energy sources like wind and solar which, while flourishing, are often intermittent in supply.

To ensure Malaysia impressive grid is ready for transition, natural gas provides a secure, affordable and sustainable baseload energy source. It functions in synergy with renewable energy sources like wind and solar which, while flourishing, are often intermittent in supply.

Having seen the devastation of the Covid-19 pandemic, Malaysia aims to guard energy sectors from future uncertainty. The country´s 10 year energy industry insurance blueprint, launched in April 2021, to protect against future low energy prices, feeds into the global energy transition. The blueprint emphasises the Malaysian agencies, especially PETRONAS, the state energy corporation, must achieve near or net-zero emissions by 2050.

Malaysia’s energy mix has been driven by natural gas for decades and this is set to continue into its sustainable future. “Natural gas will continue to help bridge the inevitable energy transition,” Prime Minister Tan Sri Muhyiddin Yassin  told the 7th International Energy Forum – International Gas Union Ministerial Gas Forum – which was hosted by Malaysia on 3 December 2020.  “We look forward towards natural gas to play a pivotal bridging role for this energy transition, providing secure, affordable and sustainable baseload energy source in synergy with the growing, but often intermittent, renewable energy sources.”

Natural gas has a prominent future in aligning with renewables to drive Malaysia´s net-zero goals because of its superior advantages. Compared to other fossil fuels, natural gas can contribute to reduced cost and more affordable energy in certain circumstances, though this fluctuates from time to time.

“If done successfully, I believe gas could ride out an unpredictable market and find opportunities for faster growth not only in Malaysia, but the global market as a whole,” the prime minister emphasised.

To brighten up its future energy pool, Malaysia is creating a Natural Gas Road Map (NGR) which would be a key component of the overall National Energy Policy (NEP as part of the 12th Malaysia Plan, 2021-2025). Already, Malaysia has a fantastic global repute of being innovative with natural gas. Malaysia completed the world´s first operational floating liquefied natural gas (FLNG) facility way back in 2016 with the ability to produce 1.2 million tonnes of LNG per year. This has allowed Malaysia to onboard previously stranded gas fields.

Electricity demand on the other hand is set to bounce back by 3% in 2021, and renewables such as wind and solar are expected to grow by 7%, squeezing out conventional sources of energy. As renewables and natural gas become a substitute energy source, the national goal of 30% renewable energy generation by 2025 and the regional target of 23% renewables in ASEAN’s Total Primary Energy Supply (TPES) is fast becoming a reality. 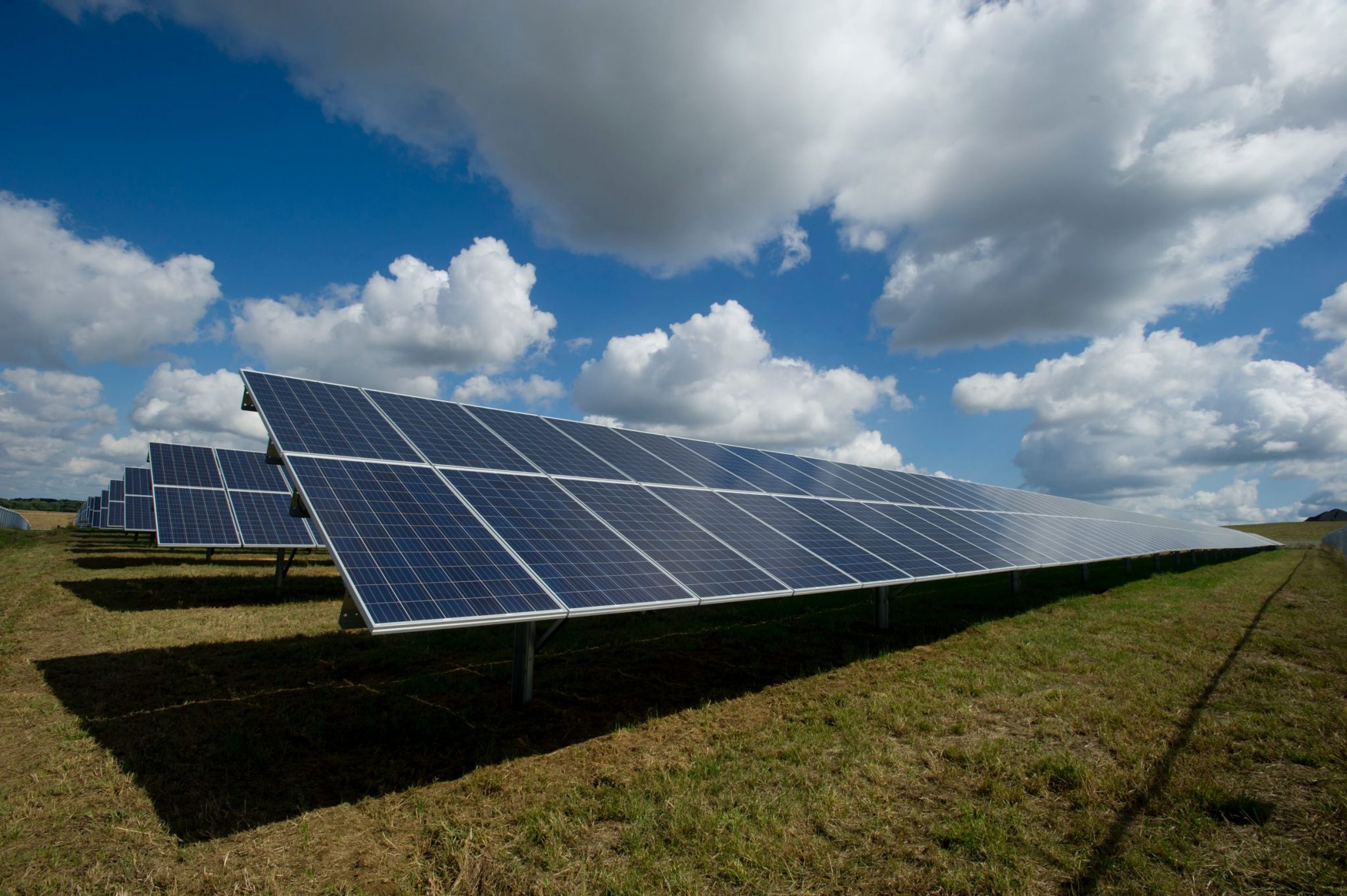 The major power players in the sector are those involved in energy production and distribution. They include the national utility company, Tenaga Nasional Berhad (TNB), renewable energy companies such as Plus Solar, SOLS Energy Sdn Bhd, Cypark Resources Berhad and upstream and downstream fossil fuel players, especially the national gas and oil carrier, PETRONAS.

Together, the energy ecosystem in Malaysia represents a complex, inter-related web of companies that work to meet the energy demands of the country. Their roles in ensuring sustainable and efficient extraction of energy is very important to the continued progress of the economy.

However, experts are cautiously optimistic with regards to the global energy outlook for the long term on the back of an increase in energy demand especially in developing economies. Energy players also have to overcome challenges like policy inconsistences which see a few Asian countries like Philippines slightly going against the drive. Philippines has proposed an increase of coal share in the energy mix from an already high of 52.1% in 2018 to 55.3% by 2040 to support industrialisation. Other obstacles across Asia include technological barriers (the need to manage large data extraction, and analysis from energy plants), insufficient investment, how to smoothen volatile energy price disruptions brought by crises as weather or disease outbreaks, and optimising replacements or repairs at aging power plants.

So, to boost growth in the energy sector, collaboration is required between power players on a national scale. For example, in Malaysia, PETRONAS, the stage gas player is collaboratively buying stakes in renewable energy firms such as the start-up SOLS Energy Sdn Bhd with the goal to deepen its role in the solar photovoltaic (PV) energy network that can supply sustainable energy to residential and small-to-medium enterprise businesses across Malaysia. General Electric too in Malaysia has a proud history of collaborating with renewable power player, Greentech Malaysia, to achieve efficient electricity distribution. Asia-wide collaboration is crucial for skills-transfer in terms of engineering, secure financing and providing grid resilience when faced with extreme conditions. In February 2021, the signing of a memorandum of understanding between Japanese power generation company JERA and PETRONAS Malaysia (to establish hydrogen fuels supply chains), highlighted the importance of collaboration in decarbonisation of energy.

Collaboration among power generation in renewables, hydrogen, supply chain, engineering and grid security is the direction Asia and the world is heading. As JERA corporate vice-president Yukio Kani, told the memorandum signing ceremony, decarbonisation is best served by partnerships. 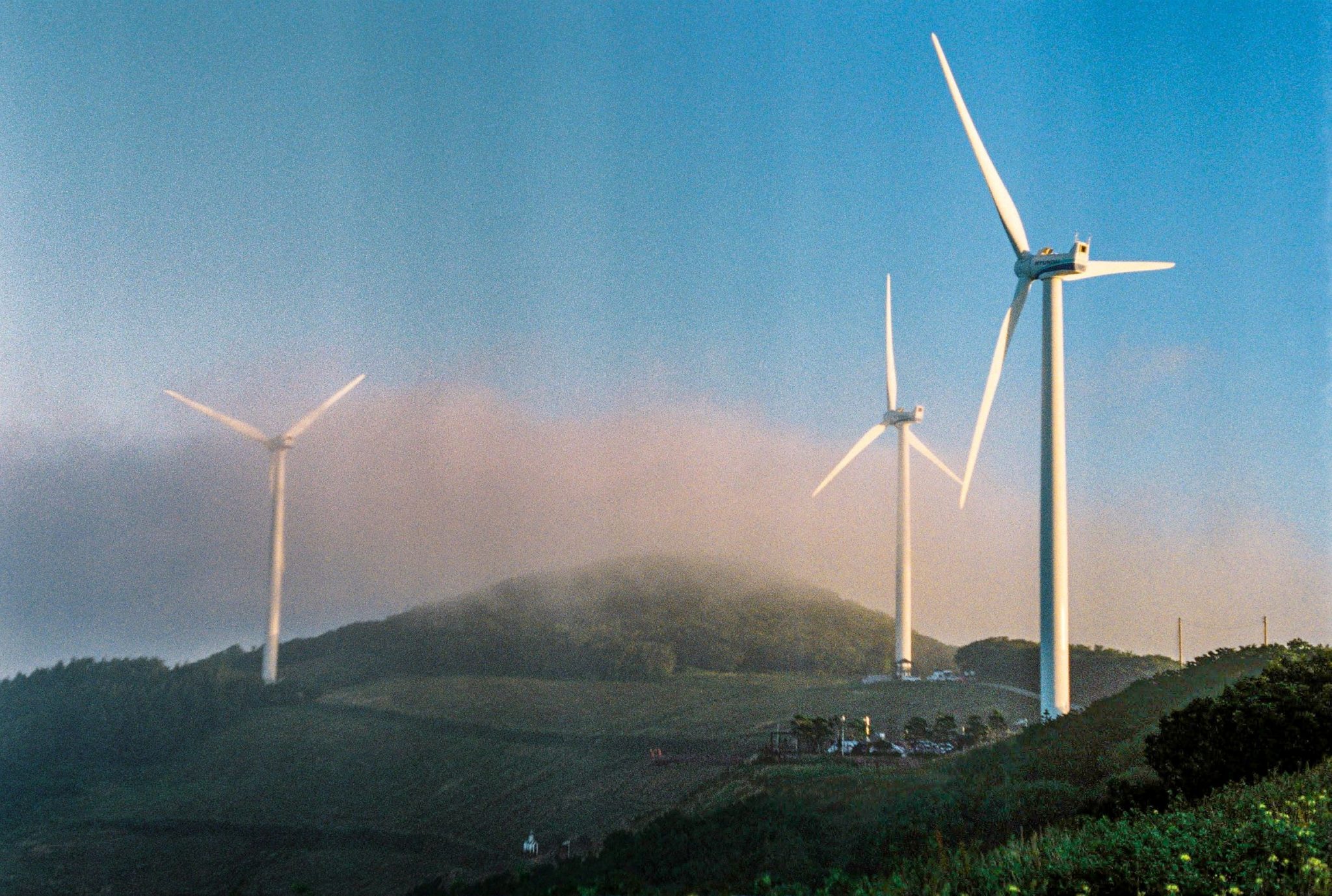 On its part, Singapore is looking at a post-fossil fuel future given the global trends in decarbonisation. Though Singapore has no indigenous hydrocarbon reserve of its own, the country has one of Asia’s most sophisticated natural gas refinery and storage infrastructure.

Singapore sees its near-zero emissions future in a way that does not remove its already versatile gas refining infrastructure. For Singapore, natural gas and renewables complement each other in providing a greener future.

Over in Indonesia, the government, through its National Energy Framework (RUEN) plans to lower carbon emissions in line with the Paris agreement and boost RE capacity. Indonesia´s recently announced new commitments that it will not be approving any new coal-fired power plants in effort to reduce carbon emissions. As it stands, close to 60% of Indonesia’s electricity supply comes from its 29-gigawatt coal fleet– thus making Indonesia’s coal reliance the fifth largest in the world. So, it´s commendable that Indonesia targets 23% renewables in its national energy mix by 2025 and 31% in 2050 . The outbreak of the pandemic may have decreased demand for energy in Indonesia by 7%in 2020 but a recovery is expected by 2022. Going into the future, Indonesia has barely exploited its abundance of renewables and natural gas. McKinsey research reveals that only 2% of combined geothermal, solar, wind, hydro, biomass gas resources have been exploited in Indonesia. Just 12% of Indonesia´s electricity is derived from renewables versus 20% in the Philippines. This is a massive chance for Indonesia to level up its gas and renewables capacity.

As an aspiring advanced economy, Malaysia must have a stable and reliable energy ecosystem which can serve its economic interests sustainably. To achieve this goal, we must work together more collaboratively within the energy sector, and in harmony with others as we look to transition towards a greener future.

In Thailand, the country’s Alternative Energy Development Plan 2015-2036 includes a target to achieve 30% of total consumption from renewable energy by 2036. The government has recently developed a dynamic model—Energy 4.0—which is pivotal to enhance energy supply, grid resilience and subsequently reduce carbon emissions.

The Japanese government, learning from its lessons from the Fukushima disaster has relied on RE sources like wind and solar to fill the gap left by nuclear power. The country has set a goal for 22-24% of its power to be generated by renewables by 2030, up from 11% in 2013.

China’s energy is undergoing an unprecedented transition as well. According to the IEA, China’s plans to be carbon neutral by 2060 has implications not only for itself but to the world given that it has the largest carbon footprint in the world. In 2020, China increased its renewables targets, with non-fossil share of energy set to reach 25% by 2030, with a new focus on wind and solar capacity.

Overall, according to a study by USAID, clean energy can bring down cost of energy in Southeast Asia to as low $64 per megawatt-hour (MWh) if gas, solar for solar photovoltaics and wind are brought onboard because they are cheaper than new coal developments. So, accelerated uptake of renewable energy technologies and gas could bring affordable energy prices for consumers across the supply chain in Southeast Asia. After all, a study by McKinsey shows that government spending on energy efficiency, in which natural gas and renewables play a key role, usually creates three times more jobs than coal. 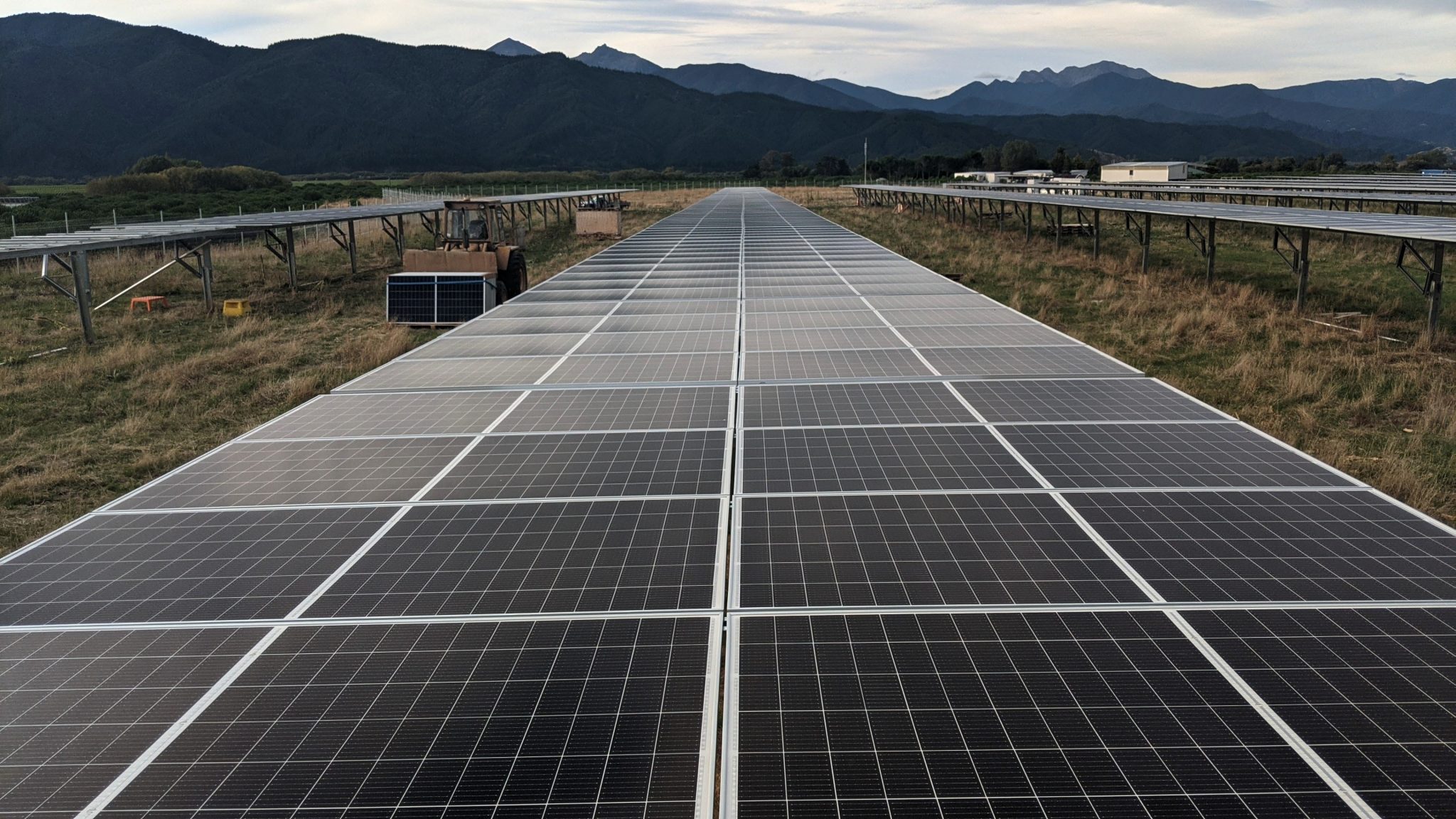 In the years following Malaysian Electricity Supply Industry (MESI) 1.0, a range of industry megatrends have changed the face of the power generation landscape in the country. The energy industry now needs to evolve if it is to meet the twin challenges of rising energy demand and reducing emissions. This has led to further planning on MESI 2.0 which seeks to make the power sector more efficient, reliable and sustainable. The Malaysia energy ministry has signalled its intention to review MESI 2.0 to focus on what they call “human aspects” of the programme.

As an aspiring advanced economy, Malaysia must have a stable and reliable energy ecosystem which can serve its economic interests sustainably. To achieve this goal, we must work together more collaboratively within the energy sector, and in harmony with others as we look to transition towards a greener future.