Recent advances such as the Paris Agreement, the Kigali Amendment and the Montreal Protocol signal a growing momentum toward a low-carbon transition globally. In Malaysia, the Government has made an ambitious commitment to reduce the intensity of carbon emissions, notably a 40% reduction (compared to 2005 levels) by 2020 and a 45% reduction (compared to 2005 levels) by 2030. As with other developing countries, the challenge is to decarbonise an energy-centric economy in the face of a post-COVID-19 spike in energy demand, population growth pressures and an entrenched fossil fuel reliant energy ecosystem.

Nevertheless, the solution might lie in a concept previously thought to be radical but is now gaining currency internationally – carbon pricing. 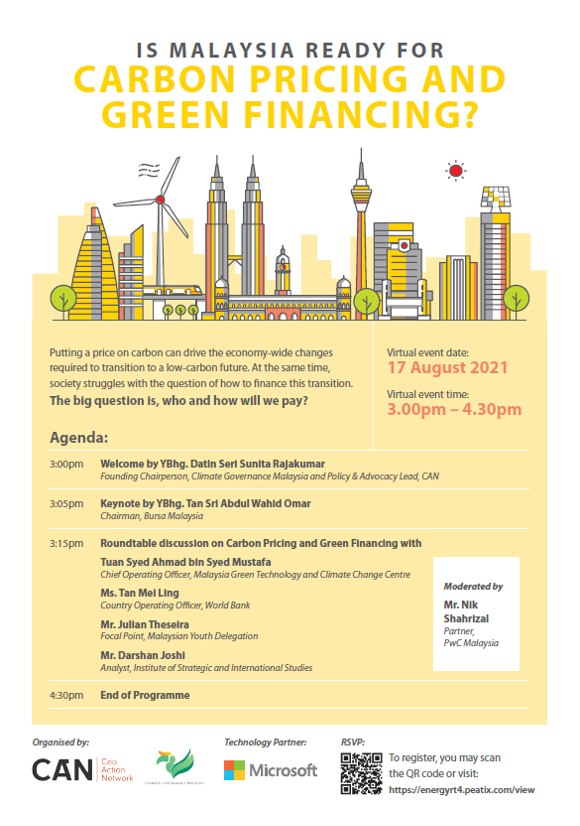 A carbon price internalises the cost of greenhouse gas emissions associated with a business activity by assigning a monetary value to each ton emitted. Doing so sends a price signal to businesses which can be factored into investment decisions, incentivising the transition from emissions-intensive to low-carbon alternatives.

Speaking at the fourth edition of the Energy Sector Round Table Engagement Session jointly organised by the Climate Governance Malaysia (CGM) and CEO Action Network (CAN), Datin Seri Sunita Rajakumar, Founding Chairperson of CGM and the Policy & Advocacy Lead of CAN introduced the concept as a crucial primer to nudge businesses to play their part in improving sustainability in the country.

“Companies can make a huge difference in the fight against the triple crises of climate change, biodiversity and pollution. To be effective in moving the needle, we need to align mindsets, and nothing achieves this as quickly as putting a price on something universally recognised as a hazardous pollutant,” she stressed.

Echoing these remarks, Tan Sri Wahid, Chairman of Bursa Malaysia in his keynote address hailed carbon pricing as an effective method to reduce emissions and encourage green investments. He also highlighted the importance of the private sector to include climate-friendly policies that are reflective of the national sustainability targets. They are likely, he said, to result in direct operational cost savings as businesses take aggressive steps to reduce emissions by optimising resources.

Elaborating on views around the world, Tan Mei Ling the Country Operating Officer of World Bank stated that 45 countries (working with the World Bank) have applied carbon pricing as part of their climate mitigation tool, including 7 of our neighbouring Asia Pacific countries.

“Carbon pricing is seen as one of the most economically efficient climate policy action. It shifts the burden of responsibility to a polluter-pay principle. Putting a price to carbon pollution will bring down emissions, driving investments into cleaner options. This will bring the government and private sector to both play their parts,” she elaborated.

While a carbon tax might serve as a useful deterrent to companies to inhibit pollution, that still is only half the battle. In the long run, the green revolution will require investments across the innovation chain.

According to Syed Ahmad bin Syed Mustafa, Chief Operating Officer, Malaysia Green Technology and Climate Change Centre the needed financing for a low-carbon transition could be met with a combination of pricing externalities such as the carbon tax and existing private sector funds.

“Carbon pricing mitigates emission by motivating the adoption of low carbon means of production while encouraging investments into low-carbon technology. Ultimately it will deter on the increase in demand for high-emitting products and services,” he said, speaking at the Roundtable discussion on Carbon Pricing and Green Financing. 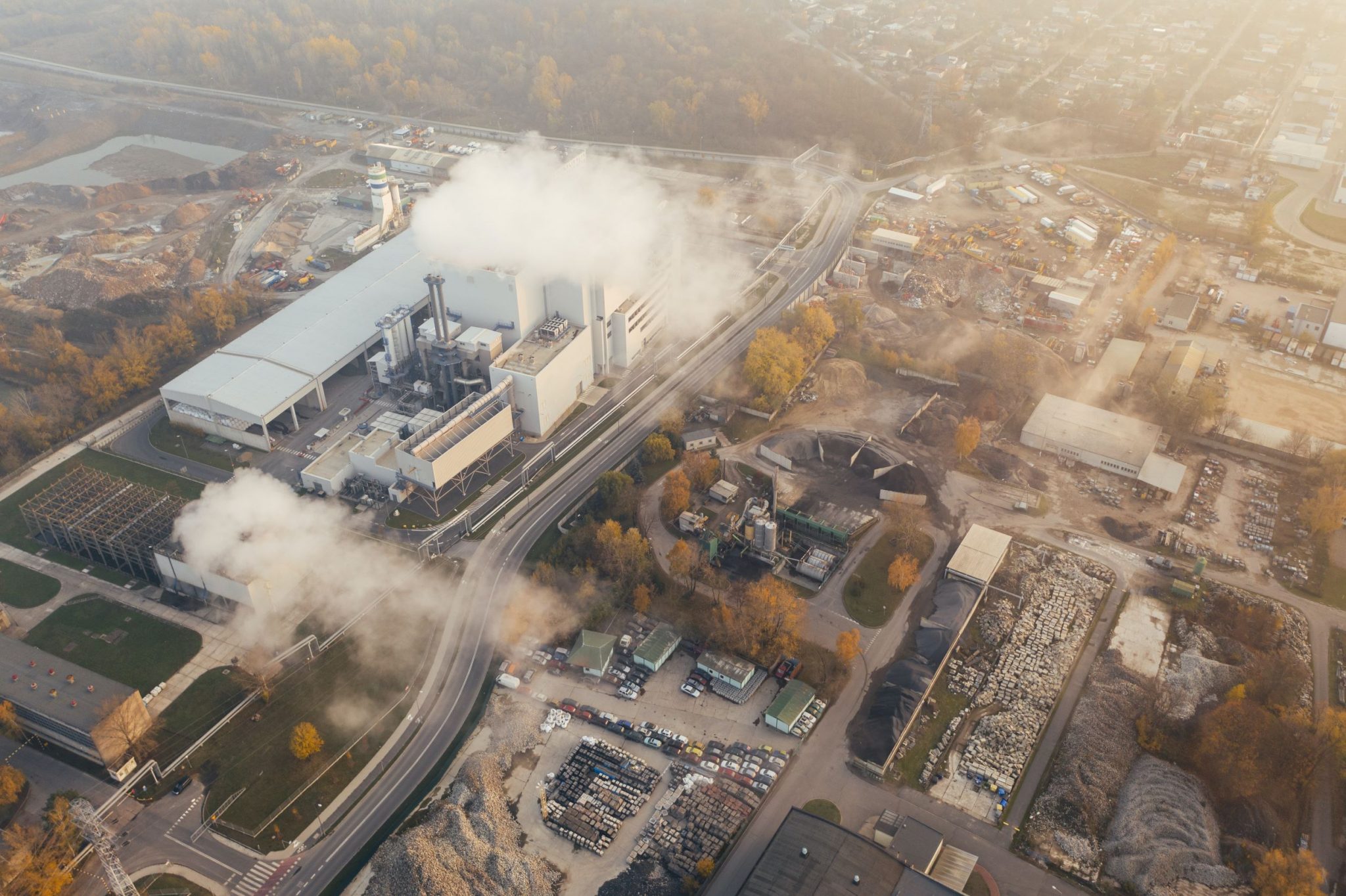 The resulting green technology industry will harmonise the two logics that in the past have been perceived as incompatible – the commercial and the environmental. Already, green financing is fast becoming a salient offering by banks to help corporate clients support green technology activities and the transition to a low-carbon and climate resilient economy. Banks like Maybank, CIMB Bank, RHB Bank and Bank Islam are offering range of financial solutions such as loans, green bonds and sukuk offerings to that end.

Beyond technological and economic progress, for any carbon tax to work, societal adjustment is equally necessary to achieve sustainable technological change. As such, the panellists agreed that effective communications are integral to designing and implementing a carbon pricing mechanism. Julian Theseira, a representative of the Malaysian Youth Delegation underscored the importance of framing the carbon tax lucidly so that it is not mistaken as another “burden” for the public.

The government and private sector need to collaborate and work together as countries rethink and reset their economy for a green post-pandemic recovery.

“People generally have an aversion to taxes and the situation in Malaysia it is no different. It is vital that in communicating such a policy, the public is made fully aware of how the regulations are to be imposed, who is going to be held accountable for the emissions and how the carbon pricing mechanism would work,” he said.

A communications strategy is not merely an add-on. It needs to be an integral part of the design of a carbon pricing policy. It is an iterative process which needs to be regularly evaluated, reviewed, and revised as the policy is designed and implemented, for it to be successful.

The government and private sector need to collaborate and work together as countries rethink and reset their economy for a green post-pandemic recovery. The introduction of a carbon tax framework in Malaysia could possibly be a starting point for a better and more extensive fiscal and climate policy reform. It is high time for Malaysian businesses to lead the charge towards a greener economy.