Modelling by the International Energy Agency (IEA) indicates that bioenergy will be essential to our climate change commitments and is estimated to account for 30% of renewable energy production by 2023 alone. The Intergovernmental Panel on Climate Change (IPCC) also considers bioenergy to be fundamental in restricting global warming this century to 1.5°C.

Bioenergy has been used in its simplest forms for as long as humans can remember. Wood and animal waste have been used for centuries and are still used in many parts of the world to provide energy for cooking and heating. Today, bioenergy in its modern forms is making a comeback – thanks to its position as a renewable source of energy – as we carve our way to a low carbon future.

What Exactly is Bioenergy?

Bioenergy is renewable energy derived from biological materials, known as biomass, which are directly or indirectly produced by photosynthesis. Common biomass materials include plants, wood, wood products, and waste. These materials are usually burned, converting the energy within into solid, liquid, or gaseous fuels used to produce heat and electricity, or used as transport fuel. To put it simply, bioenergy essentially starts off as solar energy, which is then transformed into another renewable energy, which makes it highly advantageous. Besides, bioenergy is also commonly derived from waste materials that have already been created, hence adds value to what would otherwise be thrown into a landfill. 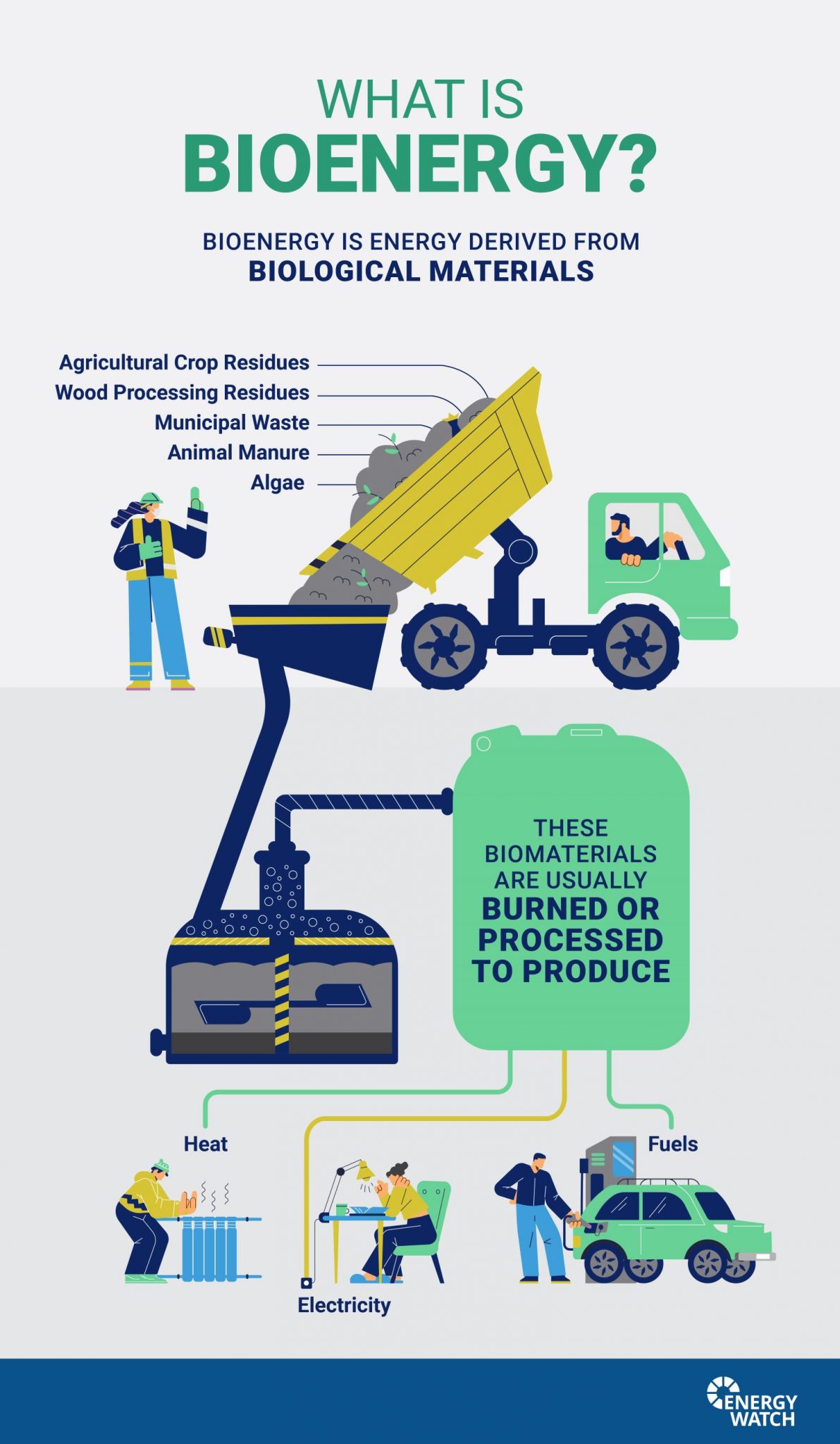 According to the IEA, bioenergy is the main source of renewable energy today, contributing to energy used in generating electricity, heating for buildings and industrial processes and for transport. It makes up 55% of renewable energy and 6% of all energy globally. However, traditional uses of bioenergy, such as using biomass for cooking, are often unsustainable, inefficient, and polluting. At the current stage, bioenergy also lags behind fossil fuels in terms of efficiency. Yet, with the right processes in place, it has the potential to contribute to climate change mitigation because bioenergy is:

Despite its current inefficiencies, if grown and harvested sustainably, used efficiently, and linked to carbon capture and storage technologies, bioenergy can contribute to climate change mitigation as a transition fuel to displace carbon-intensive fuels.

Bioenergy Innovations Around the World

With so many possible applications of bioenergy, research and innovation are being done throughout the world to unleash its true potential. Over a decade ago, airline company Virgin Atlantic partnered with LanzaTech to use the latter’s renewable jet fuel, with its first demonstration flight taking place in 2018. LanzaTech’s sustainable biofuels are produced by recycling waste industrial gases such as those produced from heavy industrial processes, showcasing the sustainable opportunities of waste carbon emissions. 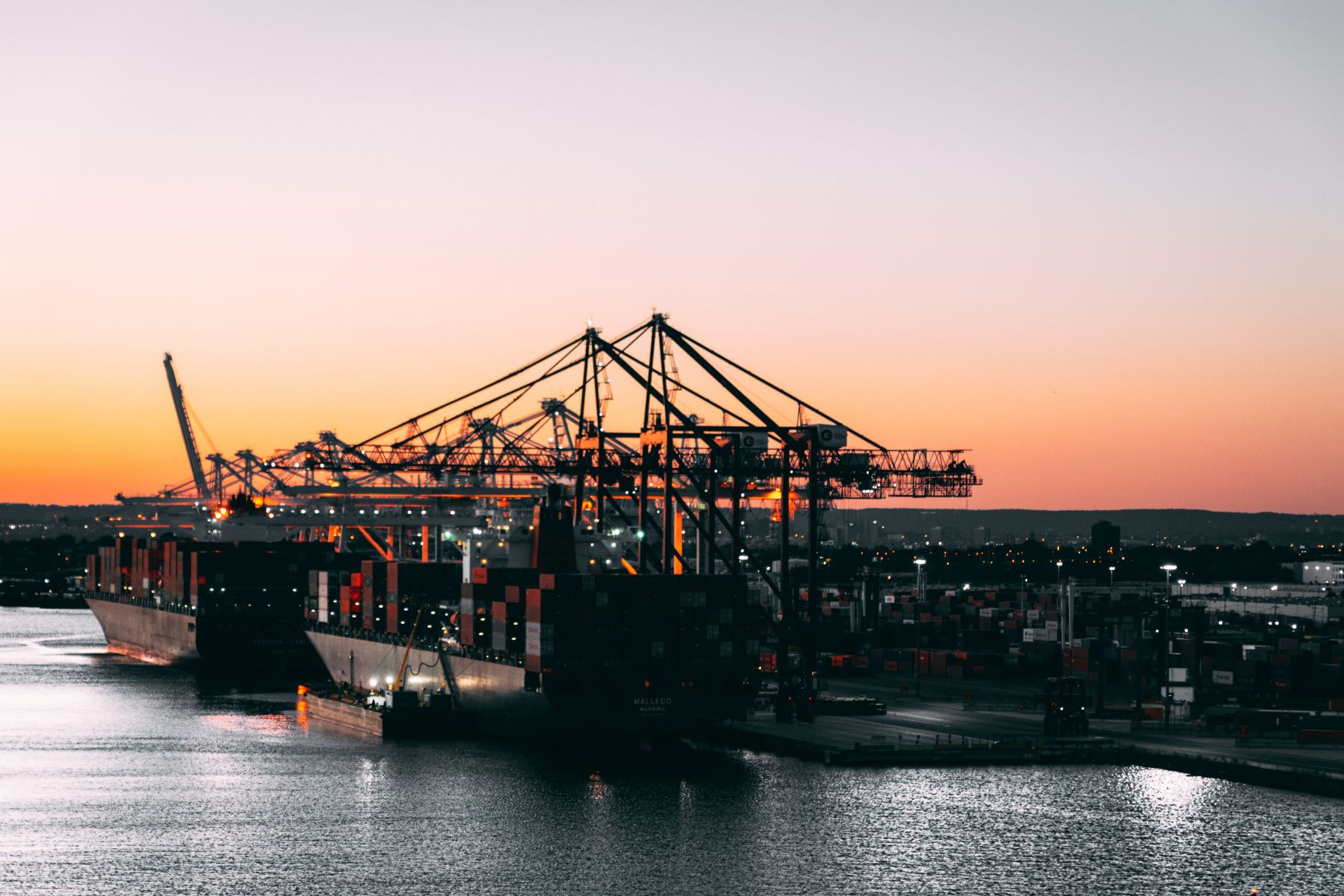 In the shipping sector, the Baltic Sea Action Group is spearheading the Ship/t Waste Action cooperation project, in which cargo ships’ toilet wastewater will be discharged at shipping ports and used to produce biogas as fuel for heavy transport. Over in India, a state government has implemented a new bio-energy policy to curb the use of fossil fuels. Under this policy, incentives will be given for bio-energy projects set up in the state and subsidies will be given for compressed biogas production.

In 2021, Heineken Cambodia and Singapore-based Berkley Energy Commercial Industrial Solutions began work on a biomass power plant with the aim of generating thermal energy for Heineken’s production site in Cambodia. The plant will burn rice husks sourced from a nearby province to potentially provide 100% of the brewery’s needed energy and cut its CO2 emissions by 60%, saving up to 17 thousand tonnes of CO2 annually. On top of that, this new biomass plant is expected to add more than 9 MW of installed capacity to Cambodia’s generation capacity.

A Long-Time Player in the Bioenergy Game

Malaysia has long been a prominent player in the bioenergy game. In 2006, the National Biofuel Policy was launched under the Ministry of Plantation Industries and Commodities (MPIC) to encourage the use of sustainable and viable sources of biomass energy. Under this policy, the government identified biomass as one of five potential sources of renewable energy for the country’s energy roadmap. Due to the country’s extensive agricultural operations, at least 168 million tons of biomass is produced annually from timber, oil palm waste, rice husks, coconut trunk fibers and sugar cane waste. Municipal waste also contributes to this figure. 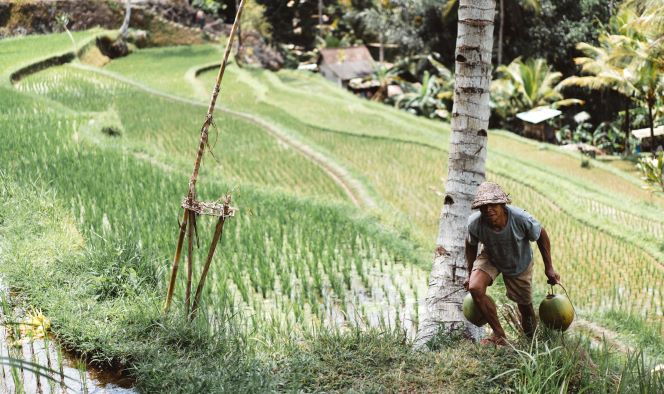 Under the long-standing EC-ASEAN Cogeneration Program, introduced to promote the technology transfer of European technologies for use in ASEAN, Malaysia is home to three ongoing full-scale demonstration projects to promote biomass energy systems in the country. These include:

In total, bioenergy makes up around 14% of Malaysia’s annual energy use. It’s clear that biomass plays a big role in Malaysia’s energy landscape, however, despite the country’s long history in the bioenergy sector, there is massive energy potential that still remains untapped. Malaysia is the second largest producer of crude palm oil in the world. In processing palm oil, almost 70% of the volume of the fresh palm fruit bunch is removed as waste. From over 450 palm oil mills in Malaysia, up to 100 million tonnes of biomass is produced. This means Malaysia has more than 2400 MW of biomass potential, only a fraction of which is being harnessed.

More research on biomass to be utilised as renewable energy, is underway. Malaysia’s national power utility, Tenaga Nasional Berhad (TNB) is at the forefront of such initiatives. For instance, TNBResearch, TNB’s R&D Centre is exploring a few bioenergy studies, transforming waste into energy – such as the use of green crop like Napier grass, biogas plants from non-POME organics (food and animal waste) and converting pyrolysis of organic and plastic waste to bio-oil, a waste-to-energy system that aims to divert organic and plastic waste from landfills.

While the country has already begun to tap on the benefits of bioenergy, it is clear that there remains much room, and need, for innovation to take the potential of this fuel source to greater heights.

A Fuel of the Future

Technological advances have already made bioenergy a significant component of our net zero future. Yet, although bioenergy has immense potential to fuel a sustainable future, there remains a huge need for further investment, research, and innovation to truly take advantage of its benefits.

Technological advances have already made bioenergy a significant component of our net zero future.

While industry leadership would go a long way in furthering the bioenergy sector, the true catalyst for progress will be in government policies and regulations to promote research and innovation and discourage waste. Bioenergy has the potential to be sustainable, but achieving this would require the implementation of strict processes and complex supply chains. Despite the challenges, the potential of bioenergy cannot be ignored. With intergovernmental cooperation and industry partnerships under the right leadership and strategy, bioenergy is poised to be a stepping stone to our sustainable future.