Despite seeing a fuel surplus from the worldwide pandemic lockdowns, news headlines today reveal the reality that the global energy system is facing shortages brought by a perfect storm of unprecedented crises. Prices skyrocketed as unusual weather patterns and energy demands from recovering economies combined to result in severe energy shortages all around the world. The situation has made the fragility of the current global energy ecosystem even more apparent, especially as countries work towards accelerating their energy transition efforts amid the urgent concerns of climate change.

According to the International Energy Agency (IEA), this crisis is expected to increase oil demand, possibly leading to an oil price inflation, slowing the world’s economic recovery. The prices of fuels have already hit record highs – in Europe, natural gas prices have increased by more than 400% since the beginning of the year, while natural gas prices in the US have more than tripled since October last year. As countries across the world scramble to deal with worsening energy supply shortages, it seems that Malaysia will emerge from this crisis largely unscathed thanks to the government’s decision to cap prices and subsidise the difference through the current tariff structure.

The whole world is feeling the sharp effects of the energy crisis, but a few countries are feeling the burn even more acutely. For China, coal prices keep increasing while power plant supplies are at a 10-year low, creating a harsh power supply crunch and increasing the country’s demand for natural gas as a coal substitute. The low power supply has caused rolling blackouts throughout the country, affecting households and forcing factories in this export powerhouse to cut production, threatening to slow the country’s recovery from the pandemic and cause even more disruption to global supply chains.

Elsewhere, India’s coal stores are running hazardously low, Britain’s supply chain disruptions and “windless summer” has placed significant strain on electricity generation, oil prices have soared as countries stockpile fuel, and many who have made significant progress in renewables penetration are turning back to fossil-fuels to meet energy demands.

Many economies in Europe and Asia are snatching up fuel supplies for the winter, further impacting the prices of electricity around the world. To compensate for the lack of domestic coal production, China has doubled their LNG imports over the last year, disrupting Europe’s supply of gas. Despite that, China’s factory output in September shrunk for the first time in 18 months, slowing the country’s recovery from the pandemic due to the ongoing power disruptions. In response to its low energy supplies, Chinese authorities have ordered factories in its industrial centers to limit their energy consumption to reduce power demand, and even switch their production hours to late at night and in the early morning to reduce demand at peak times.

In Singapore, one of the few Asian countries with a fully liberalised electricity market, higher than usual energy demand and volatile wholesale energy prices have put energy retailers under immense strain, particularly those that do not own power generation assets. As consumer electricity tariffs are locked in with fixed contracts, some retailers were in the red for every unit of electricity sold. Five retailers, including iSwitch, Singapore’s largest independent energy retailer, have powered down as a result. Similarly, in the UK, energy price caps enforced by regulators have forced suppliers to continue operating at unprofitable margins, wearing their finances thin and pushing smaller utilities to bankruptcy. Despite this, electricity bills are set to increase for up to 11 million UK households after energy regulators increased tariff price caps.

Despite the energy crisis hitting mature and developing economies without discrimination, it seems that Malaysians will remain unaffected thanks to the leverage our energy system has in the form of IBR and ICPT. Incentive Based Regulation (IBR), an electricity tariff framework introduced in 2014 for Malaysia’s energy industry, promotes and rewards efficiency in the supply chain to better deliver secure, sustainable, and affordable electricity for consumers. Every three years, the country’s Energy Commission (EC) determines a base electricity rate, considering factors such as projected fuel prices and operations and maintenance costs of the electricity supplier such as overhead costs, customers service costs, and infrastructure repair and development costs. 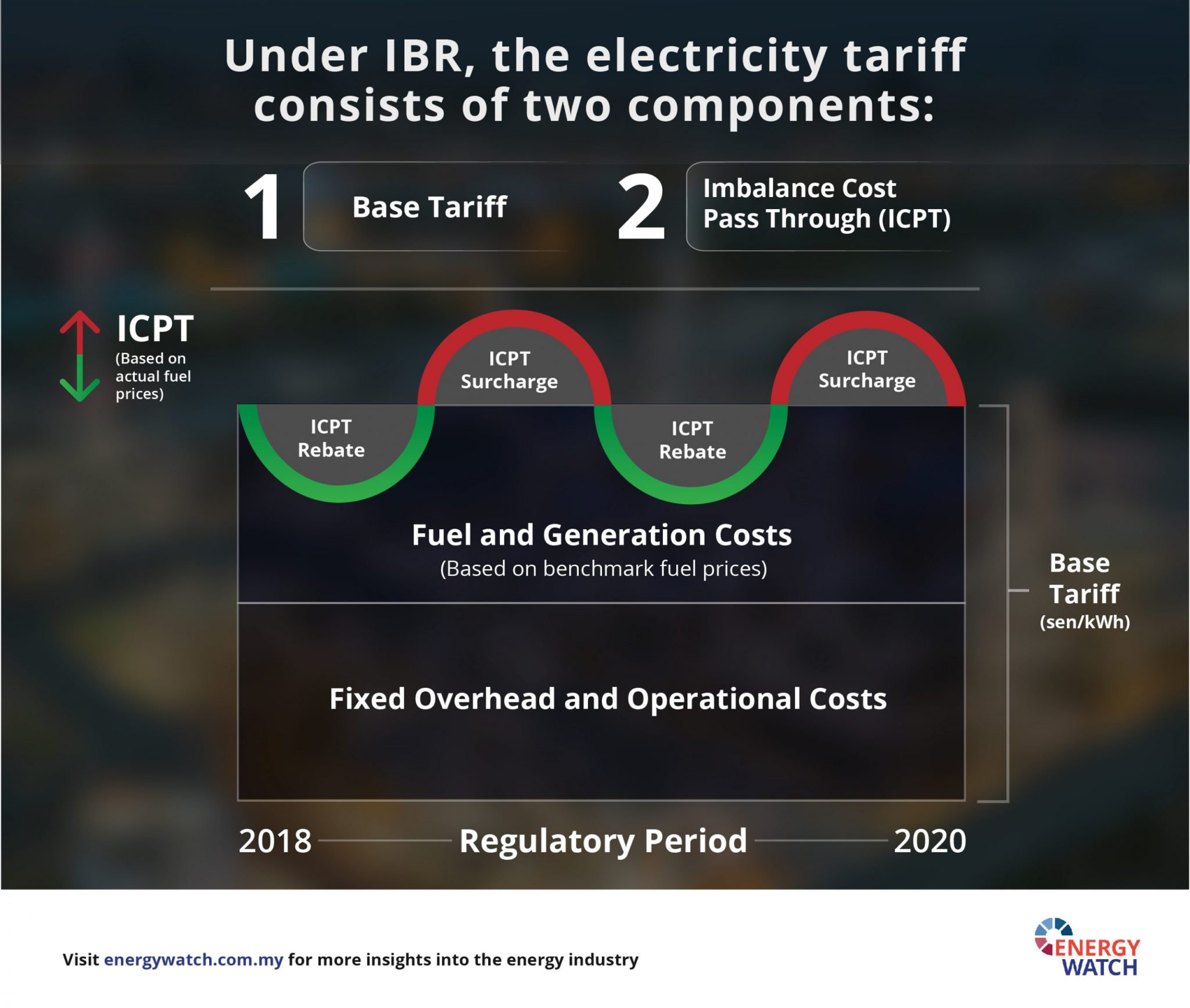 Along with the base rate as determined by the EC is a cost adjustment rate which is passed on to customers every six months through a tariff surcharge or rebate. This mechanism, called Imbalance Cost Pass-Through (ICPT), operates as part of the IBR framework by analysing the true cost of electricity against projected costs, allowing utilities to “pass-through” extra costs or savings to end consumers.

With the new regulatory period coming up in the start of 2022, Malaysians can rest assured that the Energy Commission will take into account the economic ability of Malaysia’s energy consumers and ensure they remain protected, especially the most vulnerable consumers from scenarios such as the energy crisis that the world is currently facing.

This mechanism allows consumers to pay tariffs that are closer to the true cost of electricity. At the same time, ICPT regulatory periods allow consumers to enjoy stable electricity prices when the rest of the world experiences market volatility, successfully buffering the impact of a historically volatile energy market, protecting Malaysians from the worst impacts of a global energy crisis while remaining transparent and incentivising efficiency among power producers and suppliers.

At the most recent ICPT regulatory period, which set the cost pass-through for 1 July to 31 December 2021, the Energy Commission decided to maintain the current base tariff of 39.45 sen/kWh and implement a rebate of 2.00 sen/kWh to alleviate the burden on Malaysia’s energy consumers, a decision proven beneficial today.

With the new regulatory period coming up in the start of 2022, Malaysians can rest assured that the Energy Commission will take into account the economic ability of Malaysia’s energy consumers and ensure they remain protected, especially the most vulnerable consumers from scenarios such as the energy crisis that the world is currently facing.

Thanks to the foresight of Malaysia’s energy regulators, long-term planning by utilities and the government, and a well-diversified energy mix of 30.9% coal, 43.6% natural gas, 4.1% diesel, and 21% renewables (as stated in Malaysia Energy Statistics Handbook, 2019), Malaysia remains in stable standing during the current global energy crisis as the IBR framework successfully safeguards energy supply and security. As a net exporter of liquid natural gas (LNG), the country may even experience positive effects from the global fuel shortage. The upcoming National Energy Policy, set to be introduced in the 12th Malaysia Plan, will provide further strategic direction to meet the nation’s carbon emission goals.

Minimally affected by the energy crises wracking more mature economies, Malaysia is poised to set a positive example on the global stage. With the UN Conference of Parties (COP26) currently underway, Malaysia is in an opportune position to showcase the success and stability of its energy system framework, inspiring confidence for foreign investments which will help drive the nation’s transition to its carbon-neutral goals. What better way to do so than by pledging to stay committed to renewable energy penetration targets with increased grid investments, energy innovation and better collaboration between the public and private sector. 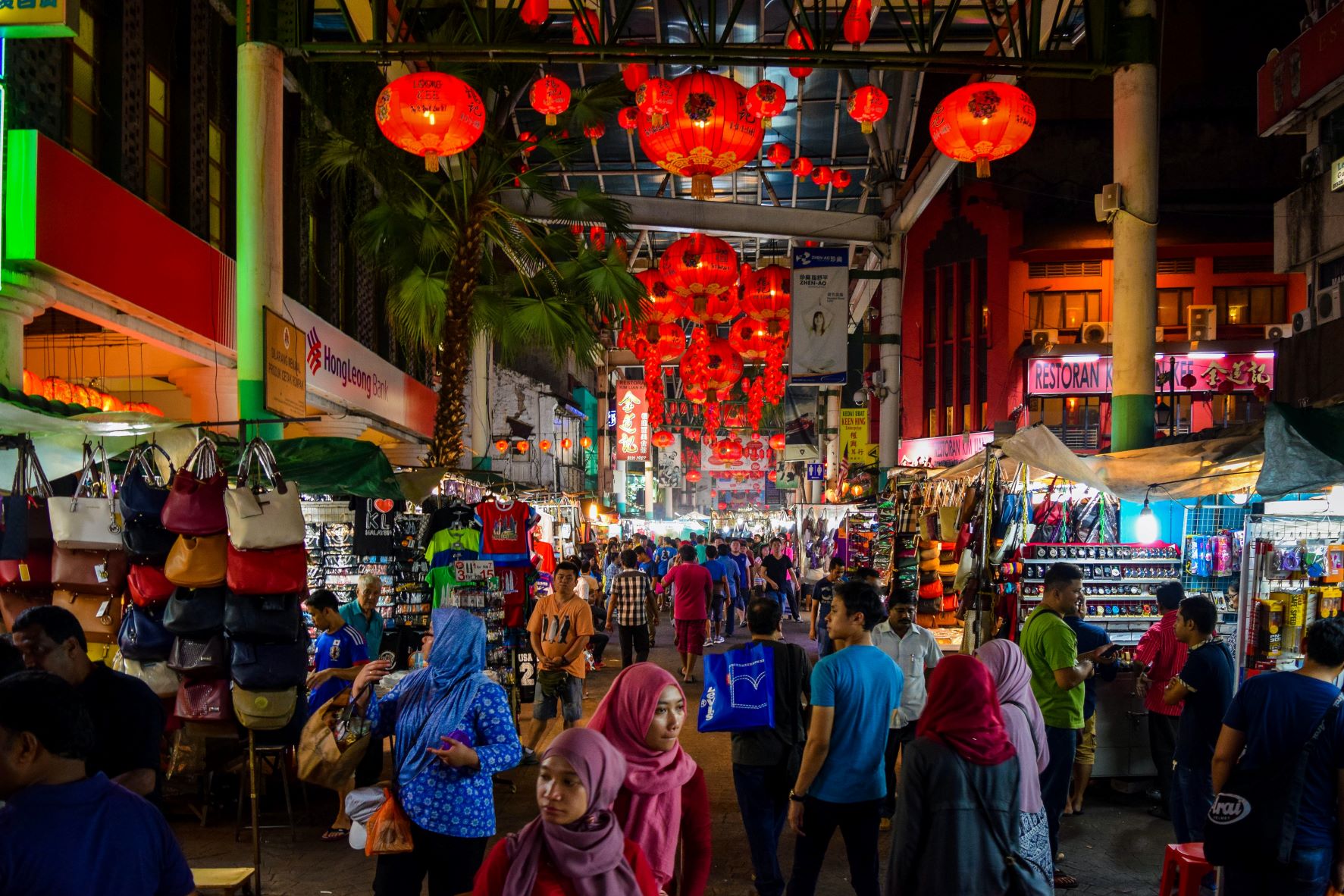