A sustainable energy future is now well within our capabilities, with cost-effective renewable energy (RE) options widely available across the world. Yet, RE deployments currently fall short of what is needed to mitigate the effects of climate change. When it comes to sustainable change in our economies and ecosystems, the world typically looks at governments and bodies like the United Nations to implement a green future for us all. However, the reality is that these entities alone lack the ability and resources to implement all the necessary changes the Paris Agreement outlined.

The private sector with its unparalleled reach and resources, is recognising the dangers of inaction in the face of climate change, and the importance of their involvement in the energy transition roadmap. Some of the world’s largest companies are already collaborating with regulators and governments to support the energy transition with innovative, integrated solutions towards a greener future.

Sustainability Wins Around the World

Across Europe, citizens are becoming increasingly eco-conscious, leading both governments and businesses to operate more sustainably while identifying the cost benefits of sustainable practices including lower supply chain costs and higher earnings from environmentally-minded customers.

Sustainability efforts of the private sector across Europe is encouraged by the European Commission, who hosts the annual European Business Awards for the Environment to celebrate private businesses who have contributed to the region’s green agenda. This year, Spanish utility company Naturgy emerged as winner for its Energy Management performance, having transformed their coal power plants towards RE technologies – a big win for Spain as the country attempts to meet its 2050 carbon neutrality targets.

The pandemic, which experts predicted would reduce concerns surrounding sustainability, has instead strengthened European consumer sentiment regarding environmental issues, with a McKinsey study showing that consumers are still willing to pay more for sustainable products. It is exceedingly clear that businesses stand to benefit from aligning their operations with their governments’ clean energy and sustainability roadmaps, especially now that consumers are seeing more and more options that match their eco-values and governments are writing sustainability practices into law.

The ASEAN region has set an ambitious target of generating 23% of its energy from RE sources by 2025. Despite challenges of high upfront costs, lack of expertise in the region, regulation hurdles and geographical issues, governments across the region are accelerating investments to increase RE penetration and meet carbon emission targets.

In one example, over the past two years, Vietnam has seen a rise in solar power after attractive feed-in-tariff and other incentives were put in place by the government to promote solar power. This accelerated the country’s solar growth from 9MW in 2018 to a whopping 5,695MW by the next year, far surpassing the 850MW target set for 2020. 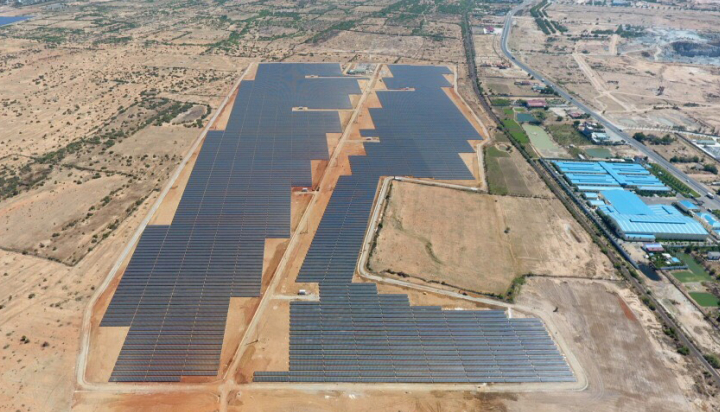 The success of solar projects in Vietnam led to an increase in private sector’s interest in RE projects, resulting in huge private solar projects such as Sharp Energy Solutions Corporation’s solar power plant in Ninh Thuan, which is expected to generate over 76,000 MWh of energy a year. Vietnam’s public-private collaboration in furthering RE in the country has been so successful that the Institute for Energy Economics and Financial Analysis (IEEFA) has estimated that private investors have delivered more than 3.5 times the RE capacity for 2016-2020 than the government planned for.

Even island-state Singapore has set aspirations to increase solar power by 5 times its current capacity by 2030 and halve its carbon emissions by 2050. Hampered by land constraints, Singapore is thinking out of the box for its RE targets with one of the world’s largest floating solar projects. The government is also providing schemes and incentives to promote the adoption of solar among the private sector, such as Renewable Energy Certificates (RECs) to provide accessible ways for corporations to offset their carbon emissions, and a 35% co-funding cash incentive for retrofitting and improvement of existing commercial and industrial buildings with energy-efficient resources.

In Malaysia, all players in the majority fossil-fuel based energy sector, from utilities to government ministries, are already on board to help the country achieve its emissions goals. A recent big milestone is the launch of Green Electricity Tariff (GET) by the government encouraging domestic and industrial consumers to use electricity generated from renewable energy sources to reduce their carbon footprint. Additionally, national utility Tenaga Nasional Berhad (TNB) has championed sustainability efforts throughout the country by running multiple consumer education campaigns, offering energy efficiency (EE) audits and services, and investing heavily in green technologies – all of which will contribute towards their recently announced targets to achieve net-zero emissions by 2050.

Since 2006, the country’s energy commission (ST) has issued energy efficiency labels for electrical appliances according to energy performance tests, allowing consumers to play a more active role in integrating energy efficiency into their lives. This year, the government, through the Sustainable Energy Development Authority (SEDA), has taken this a step further by offering an RM200 e-rebate voucher to households that purchase air-conditioning units or refrigerators with 4 or 5 star energy efficiency labels – incentivising the production of energy efficient products.

From 2018, the Ministry of Energy and Natural Resources (KeTSA) has held the annual National Energy Awards 2021 to drive and recognise outstanding achievements in energy efficiency and RE in support of the country’s sustainable energy agenda. Among the winners this year were Universiti Teknikal Malaysia Melaka for Energy Management in a Large Building and Ramatex Textiles Industrial for Off-Grid (Thermal) Renewable Energy. Both these winners also went on to win big at the ASEAN Energy Awards 2021. 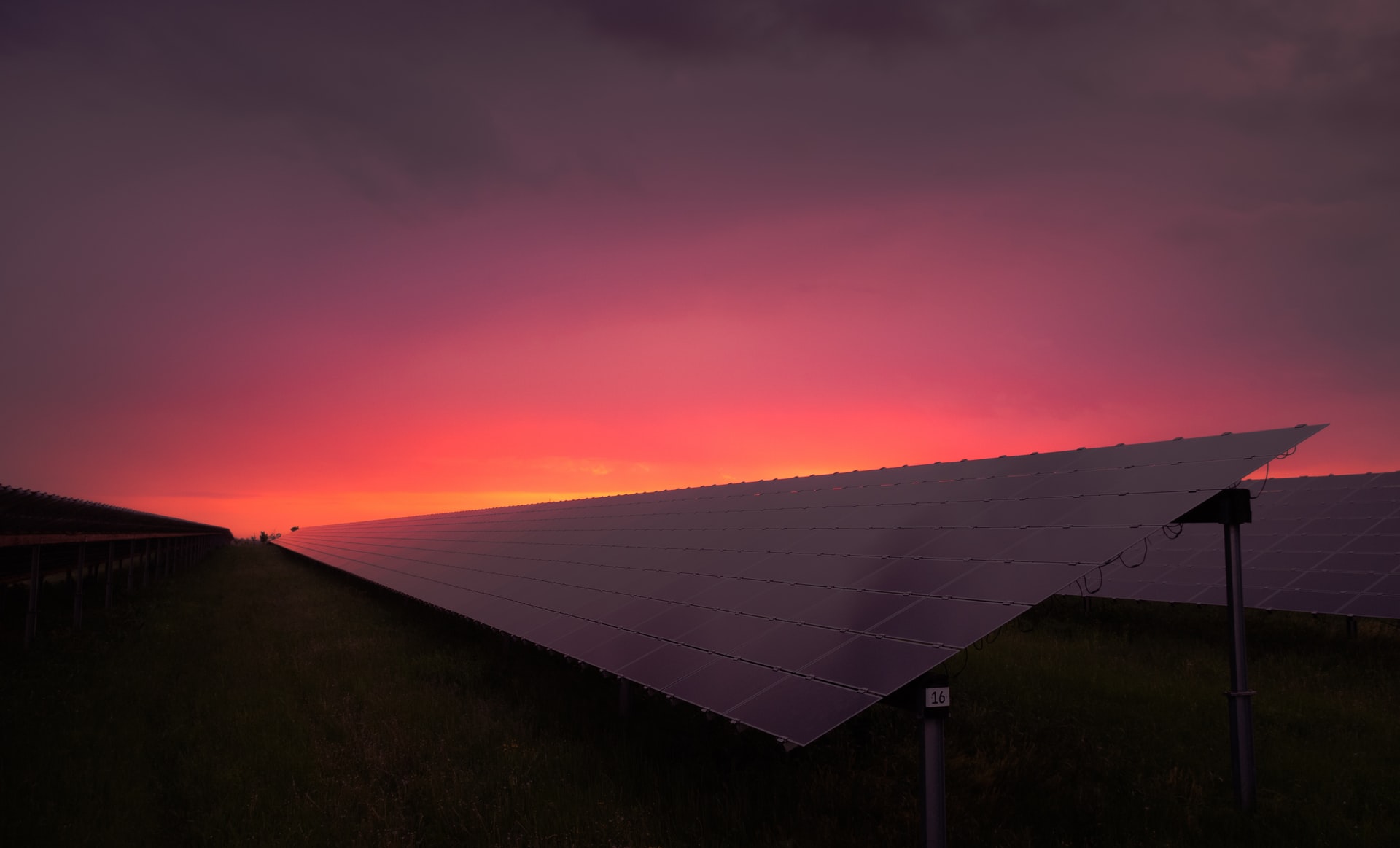 Maybank, Malaysia’s largest financial services group and leading banking group in Southeast Asia, signed a letter of intent with TNBX Sdn Bhd to invest in Malaysia Renewable Energy Certificates (mREC) equivalent to 70% of its local indirect carbon emissions, making it the first bank in Malaysia to do so.

Local conglomerate Sunway Group has also been a big advocate of the sustainability agenda, developing three sustainable towns across Malaysia that have provided a template for sustainable cities not just in Asia, but across the world. Sunway City Kuala Lumpur, the group’s 800-acre flagship town developed with the UN’s Sustainable Development Goals (SDG) in mind, has buildings equipped with solar panels, an elevated highway for electric busses, a water-treatment plant and its own 2050 carbon neutrality goals. Not forgetting the importance of education in promoting sustainability, Sunway University in Selangor also hosts the Jeffrey Sachs Center on Sustainable Development, which is now one of the world’s five SDG Centers of Excellence.

Our collective sustainability targets require the participation and commitment of all sectors of society, now more than ever.

The environmental and socio-economic benefits of RE are widely known – on top of lowered carbon emissions and air pollution, RE would provide first-time access to power for up to 80% of the unconnected population, create millions of new jobs, and increase the resilience of energy systems. Failure to transition our energy systems, on the other hand, would have harsh repercussions on resource availability, raise electricity prices across the board, increase air and water pollution and lead to warmer global temperatures that will impact the entire ecosystems.

Yet, the responsibility of advancing the world’s sustainability agenda cannot lie with governments alone. Our collective sustainability targets require the participation and commitment of all sectors of society, now more than ever. While the current outlook is shaky, the collaborative efforts of the public and private sector that leverage resources from both sides, as shown above, will be the key in tackling this global challenge.