The United Nations Development Program (UNDP) found that 65% of those between the ages of 18-35 consider climate change to be a global emergency. Having grown up with social media networks, it is easier than ever for youths to get their messages across the world in minutes, connecting ideas and people, and lobbying for equitable change. So, it is no surprise that recent years have seen young people become increasingly involved in shaping global efforts for mitigating climate change.

Worldwide, there are 1.8 billion youths aged between 15 and 29. There is immense potential for this group to become a critical force in the global energy transition. With their futures at risk, today’s youth are more willing than ever to put in the effort needed to tackle climate change. However, much needs to be done to support their leadership and initiatives including providing education, training, resources, and community networks.

The Increasing Presence of Youth in Energy Conversations

Young leaders around the world are becoming increasingly active in the energy space. Last April, in a lawsuit filed by nine young climate activists and backed by environmental groups, Germany’s highest court ruled that the government’s climate protection measures were partly unconstitutional and insufficient to protect future generations. Just months after the court’s decision, the German parliament passed an amendment to their Climate Protection Act which included higher emission reduction targets, shorter timelines to reach these targets and a clearly outlined path to achieving these goals. Initiatives such as Student Energy and Fridays for Future can be credited with empowering the next generation of leaders to fight for a sustainable energy future by equipping youth with knowledge, skills, and networks to take action. As shown in the case above, the results are real. 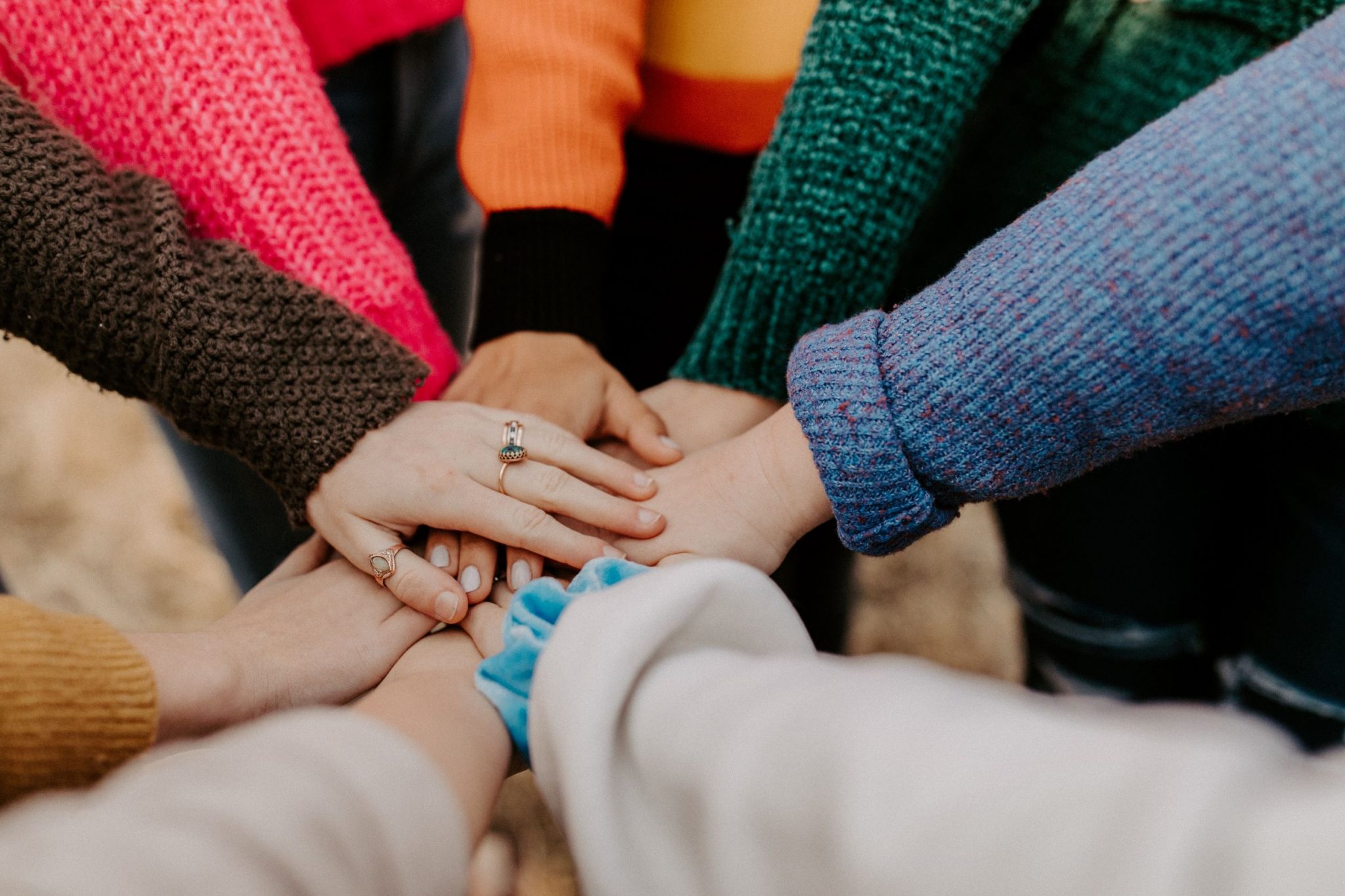 In Malaysia, similar initiatives and conversations for youth engagement in the energy sector are emerging. Energy Watch spoke to Ainiz Fauzi (Outreach Coordinator) and Kelvin Wong (Campaign Coordinator) from Tenaga Belia, a youth-led campaign powered by UNDI18 that was founded in 2020 as a platform for youth participation in energy and electricity policy in Malaysia.

While working on various energy sector policy reforms in Malaysia, Tenaga Belia’s founders noticed a disconnect between the youth and the energy industry. Conversations around energy are mostly held between experienced stakeholders, with little to no involvement from young talent. Through its observations, Tenaga Belia realised that one of the biggest hurdles for the lack of participation lay in the inherent complexity and technical nature of energy concepts and policies. This understanding formed one of Tenaga Belia’s core missions – to simplify complex energy topics and encourage engagement of youths in energy conversations.

Dedicated to raising awareness on the workings of the energy sector and providing a virtual space for youth to gather and share their perspectives on powering the future of the country, Tenaga Belia has made tremendous progress on bridging the gap.

Through its observations, Tenaga Belia realised that one of the biggest hurdles for the lack of participation lay in the inherent complexity and technical nature of energy concepts and policies. This understanding formed one of Tenaga Belia’s core missions – to simplify complex energy topics and encourage engagement of youths in energy conversations.

“For the past two years, through engagement, education, and discussion, the team at Tenaga Belia has helped educate its audience by breaking down complex energy topics into easily digestible content posted on social media. This content includes energy saving tips, understanding electricity bills, misconceptions about nuclear energy and even information on Malaysia’s history of Nationally Determined Contributions (NDC) at the United Nation’s Conference of the Parties (COP).” said Kelvin.

Throughout the pandemic, Tenaga Belia has hosted multiple webinars addressing pertinent industry topics such as job opportunities in the energy sector, the future of energy, and nuclear energy. These webinars, which featured expert panelists from organisations in the energy sector such as Malaysia’s national utility Tenaga Nasional Berhad (TNB), the Sustainable Energy Development Authority (SEDA) and Petronas, received overwhelming participation and engagement from youths.

The National Youth Climate Change (NYCC) survey found that around 92% of young Malaysians identify climate change as a crisis, and 9 in 10 youths are already taking individual actions to tackle this. Amplified by social media, youths today are much more connected to global issues with strong awareness for climate action. Worsening environmental conditions have also resulted in an increase interest and conversation around pursuing careers in renewable energy and the energy sector in hopes to make actionable change to the world.

According to Ainiz, despite the complex nature of discussions, Tenaga Belia’s past webinars have nonetheless received outstanding reception from its young following, with between 600 to 900 viewers attending and actively participating in each virtual discussion.

These webinars have resulted in increased engagement and following on its social media platforms, providing a great example of the attention that the energy sector can receive from its younger audience if efforts are made to educate and keep them involved.

“This year, the team will be planning a lineup of new topics and content to be shared on social media, collaborations with similar organisations and campaigns, and will be crafting initiatives to safely engage with youths via physical events.” continued Ainiz. 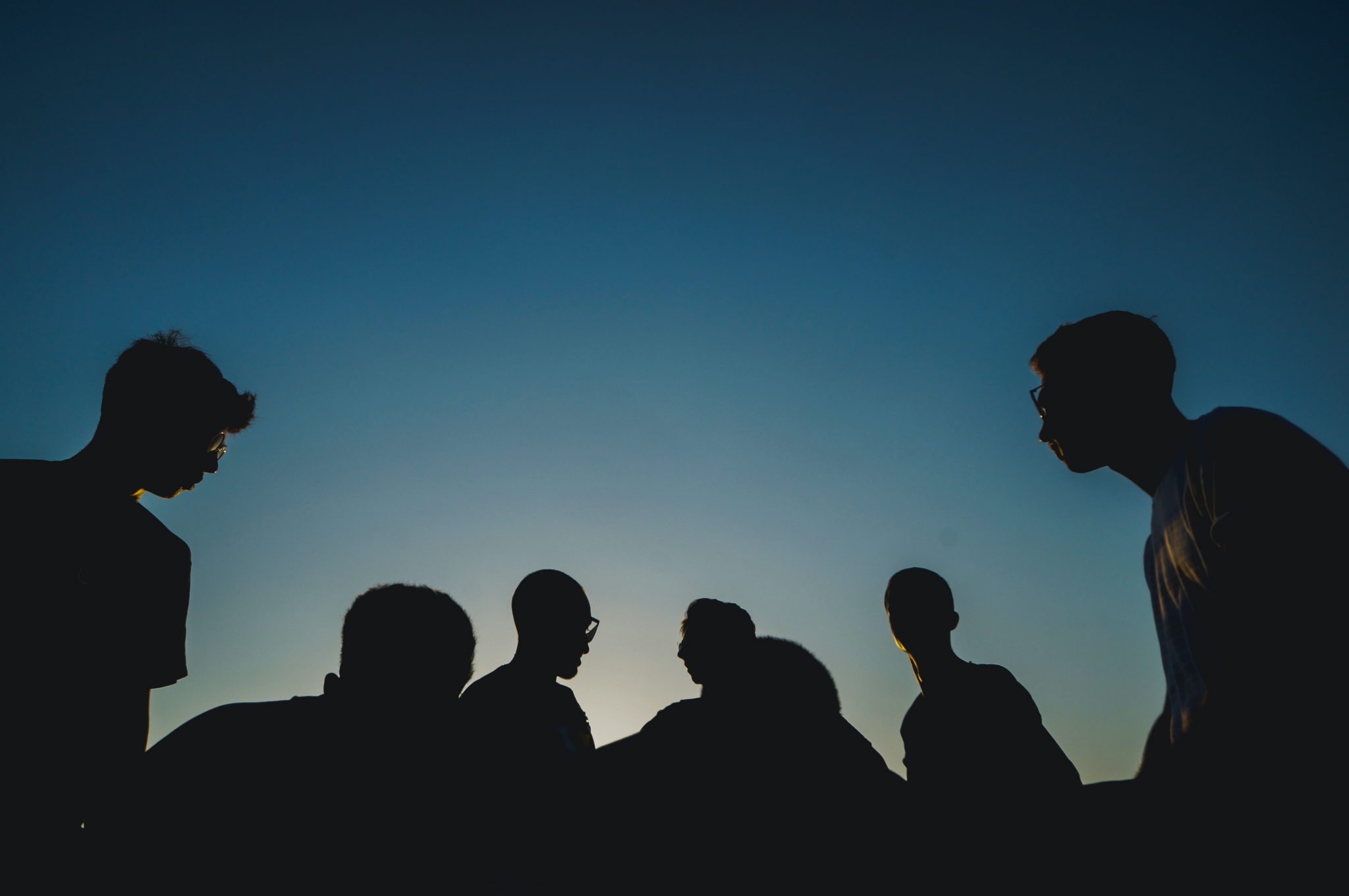 Empowered Youth are Key to the Energy Transition

While we are seeing increasing awareness, energy literacy within Malaysia’s general public, especially its youth, can be improved. The 12th Malaysia Plan has outlined the government’s commitment to address issues faced by energy consumers, respond to global energy trends, and explore sustainable energy sources to hit our low-carbon targets.

However, Kelvin pointed out that these energy transition efforts must not forget education as a key element and should include a comprehensive communication plan to guide the next generation and raise community awareness on the shared responsibility to transition towards a low-carbon nation. Our green objectives will require us to respond to the changing demand in the transforming energy sector and it is critical to offer accessible ways for young talents to build necessary skills that meet these demands. “We hope Tenaga Belia can be a platform to engage our youths and spark progressive conversations and discourse for the energy sector.” said Ainiz.

For our youth, the future of energy is personal – the seeds of action planted now will determine their future. These passionate young minds have the potential to become champions of the environment by bringing in new ideas and pursuing careers aimed at shaping a carbon-neutral future. Tenaga Belia believes it is time to tap into this vibrant potential and allow young innovators and thinkers to take their ideas further and take charge of their energy future. 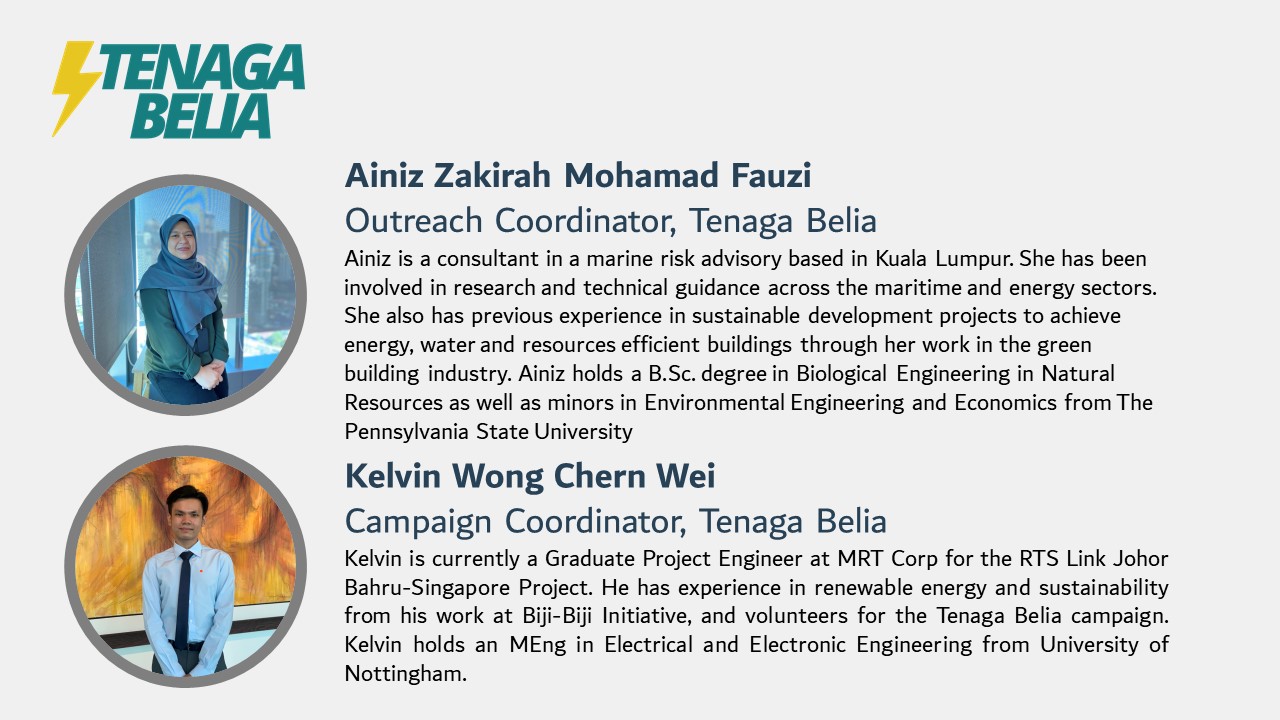