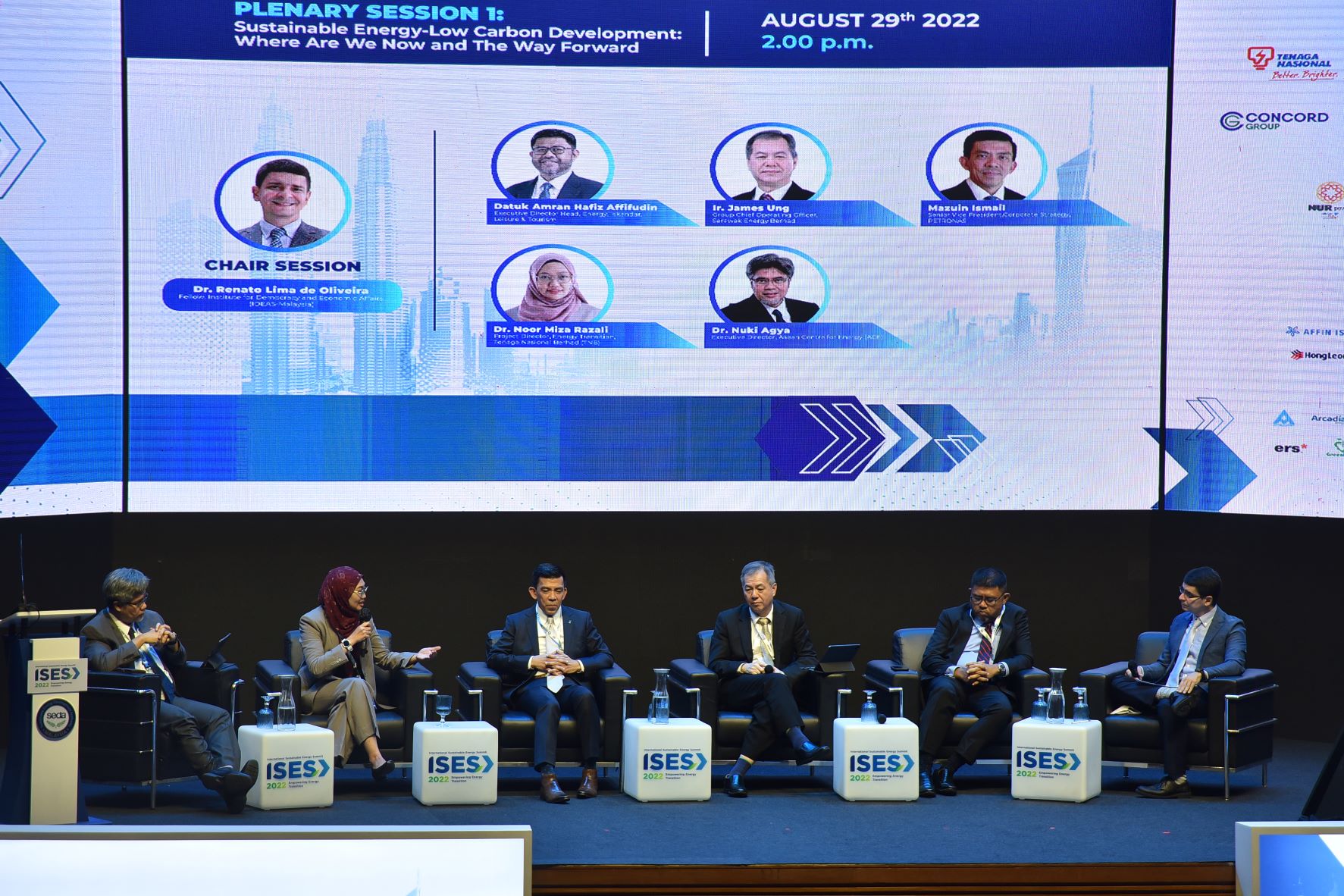 ASEAN is a region of incredible heterogeneity, even neighbouring countries having vastly different levels of development and energy consumption per capita. Soon, the ASEAN region will be the fourth largest energy consumer in the world, behind only China, India, and the USA. According to Dr. Nuki Agya, Executive Director at the ASEAN Centre for Energy (ACE), navigating the energy transition together will be a challenge, but despite the differences from country to country, leaders can agree on one thing – no one will be left behind.

At the 5th International Sustainable Energy Summit (ISES) 2022, key figures in ASEAN’s energy sector offered their insights on the region’s progress in sustainable energy and low carbon development, as well as what can be expected on the road to net zero. According to the expert panel led by Dr. Renato Lima de Oliveira from the Institute for Democracy and Economic Affairs (IDEAS-Malaysia), successfully meeting our energy transition goals will require a united front across all industries and governments in the region.

Dr. Noor Miza Razali, Project Director of Energy Transition at Tenaga Nasional Berhad (TNB), said that Malaysia is well acquainted with transitioning its energy mix. Over the past few years, the country’s generation mix has evolved from primarily oil-powered energy to gas generation, coal generation, and now, renewables are penetrating the grid. What remains intact through this transition is the energy system’s security, stability, and reliability.

As she shares, uncertainty in the energy system happens all the time since energy demand can change at the flick of a switch. Even in terms of fluctuating generation capacities, these changes have been managed and controlled reliably over the years. However, energy sources of the future will be more variable and intermittent, impacting the intermittency of supply, but this could also present new avenues for growth.

“When we talk about challenges, it is really an opportunity. An opportunity to look ahead and shift the value chain again,” said Dr. Noor Miza. “What we really need, to continue to serve our customers and the nation at large, is to maintain the security level and voltage reliability that we have been enjoying.” 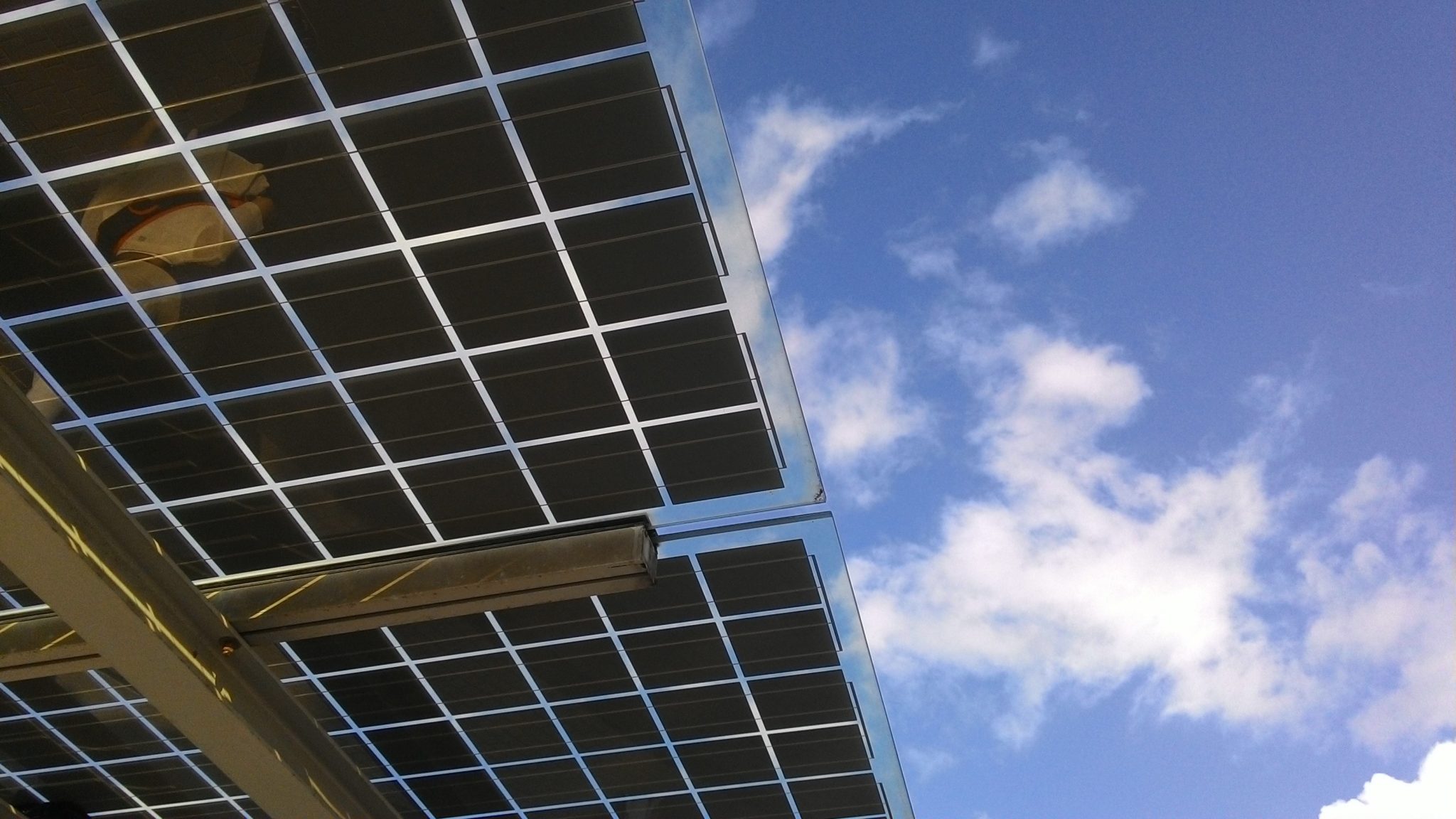 Grid flexibility will be key, and this requires continuous investment towards ensuring the grid is adaptive and controllable both centrally as well as regionally. Fortunately, Dr. Nuki Agya shared, Southeast Asia has a very good platform for multi-communication, having already begun work on regional initiatives such as the ASEAN power grid, which will set the foundation for an integrated, regional grid.

The impact of climate change is real, but the world is also continuously developing, and its population is expected to reach 9.7 billion by 2050, increasing power demands across the board. How do we supply that energy without harming the world? This was the question Mazuin Ismail, Senior Vice President of Corporate Strategy at PETRONAS attempted to answer.

“[The] energy transition, in our view, must be very effective, very meaningful and progressive because we have to address the matter, and we have to address it urgently”, said Mazuin. However, he added that this transition must also be done in an orderly manner, ensuring the shift is inclusive and just, so no corner of the world is left in a disadvantaged position.

He also shared that lately, the way PETRONAS manages its strategies, makes its decisions, and measures the performance of its employees up till top management, has evolved to align with their goal of striking greenhouse gas emissions. This new way of evaluating opportunities as well as operating efficiencies, customer efficiencies and electrification of facilities, has contributed to a total emissions reduction of 4 million tonnes of CO2 equivalent.

On top of this, the company is heavily invested in carbon capture technology, tapping on their existing competencies in extracting oil and gas, and applying those skills to carbon capture and sequestration efforts. These developments, Mazuin explains, as well as PETRONAS’ renewable energy projects, will not only help solve Malaysia’s emissions problem, but also go a long way in serving the region’s energy transition goals.

While the initial steps PETRONAS has taken provides plenty of momentum to evolve the energy industry, Mazuin explains that progress cannot be made by one company alone. What is critical, he says, is clear policy towards a singular direction, outlining the action needed across various industries. Since renewable energy deployment requires high upfront capital expenditure, clear policy will be extremely important to signal to investors that the region is ripe with investment opportunities. 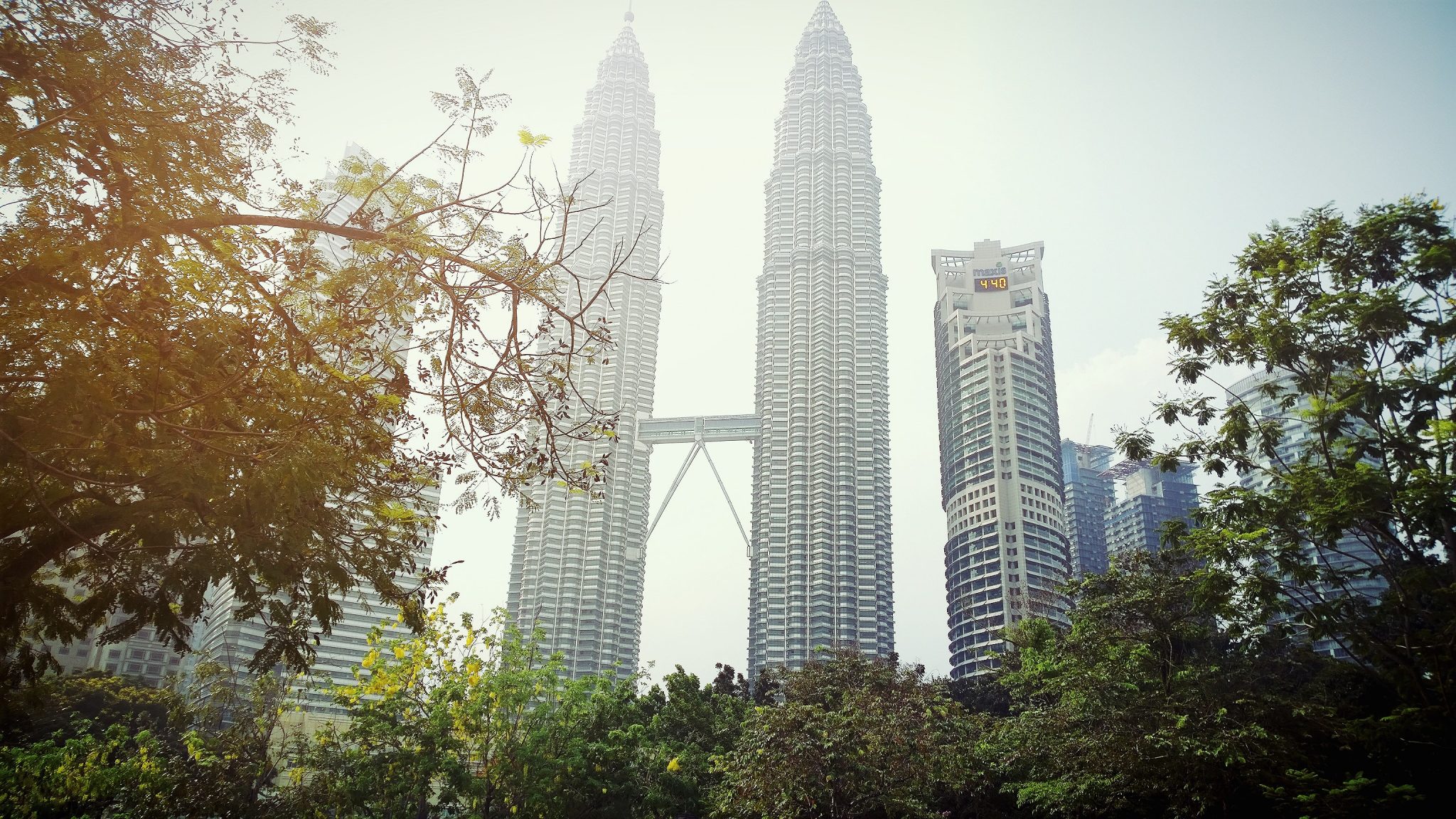 Unlocking Funds for the Energy Transition

According to Datuk Amran Hafiz Affifudin, Executive Director and Head of Energy, Iskandar, Leisure & Tourism (Khazanah Nasional Berhad), getting on board with the energy transition is no longer a fringe issue. The idea of the energy transition, he explains, is not a hard one to sell. In fact, it is already sold.

“Now every organisation in the country and in the world is talking about 2050. Everybody has a target. Everybody wants to do it,” he shares. “The main issue is that from an investment point of view, you still need to talk about returns.” To encourage investments, Datuk Amran recommends creating a comprehensive portfolio that discusses dividends as well fiscal and impact returns on investments in the sustainable and low-carbon developments sector. Clear, aligned policies from the government can also bring a pool of investors from outside Malaysia to fund low-carbon initiatives.

However, as he explains, Malaysia and ASEAN need a lot of coordination to unlock funding opportunities for the energy transition. Developed economies and many private entities have pledged funds towards the transition, but a united front is needed to tap on these investments. With so many other countries and economies fighting for fiscal resources, Datuk Amran believes we must work together as a country to gain the resources we need to bring our low carbon initiatives to reality.

Collaboration in the face of the energy transition’s challenges is already underway. Ir. James Ung, Group Chief Operating Officer of Sarawak Energy Berhad, shared his experience on a pilot project producing green hydrogen through electrolysis. According to Ir. James, the project, which involved using green hydrogen technology to run several busses in Sarawak, showed that hydrogen-powered electric mobility is possible, but commercially executing the technology is 2-3 times the cost of conventional technologies. To solve this issue, Sarawak Energy has been working with PETRONAS to improve the efficiencies of hydrogen electrolysis and reduce the power lost when executing power conversions in the electrolysis process.

Sharing TNB’s story in establishing the infrastructure for electric mobility under the utility’s Grid of the Future plan, Dr. Noor Miza also highlighted how TNB has collaborated with several companies to establish charging points to address range anxiety of electric vehicle drivers. To further enable an equitable energy transition, TNB is also spearheading Malaysia’s energy literacy program, and has recently established the National Energy Center (NEC) to form the foundation for capacity building. 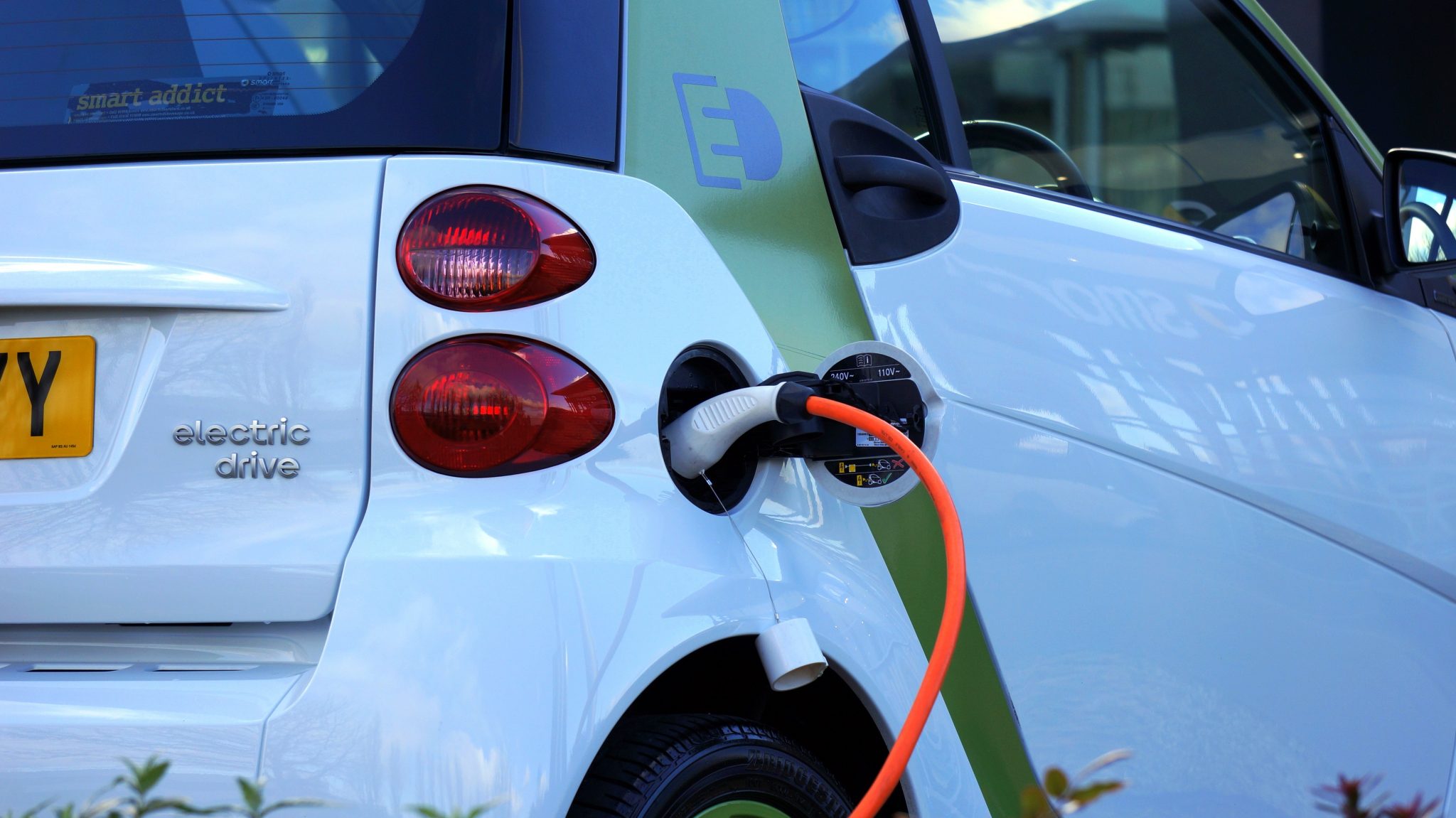 Driving the new energy ecosystem is about partnership, technological advancement, and funding, but in the end, this transition is really for its people, progress, and the nation, concluded Dr. Noor Miza.

Indeed, with so much at stake, the time to act is now. The panelists agreed that tapping on collaboration at every level not only supports the energy transition but also has the potential to accelerate it. To enable these collaborations and drive investment towards sustainable development, policy must first be aligned across the board, and enable quick action. Attaining the investments and capabilities needed to execute the energy transition will involve sacrifices from government, private stakeholders, and even ordinary citizens, but together, we can lay the foundation for a sustainable, low-carbon future.