“Malaysia only contributes less than 0.7% of greenhouse gas (GHG) emissions, but we’re fully committed to fulfilling all our pledges,” said Ir. Ts. Abdul Razib Dawood, CEO of Malaysia’s Energy Commission in his opening statement during the main plenary of ‘Empowering Energy Transition’ at the 5th International Sustainable Energy Summit (ISES) 2022. Malaysia’s commitment is to achieve 31% of renewable energy (RE) in the country’s power mix by 2025 and 40% by 2030. This is part of the collective effort to limit global warming to 2 degrees Celsius by the end of the century, in accordance with the 2015 Paris Agreement.

A Concerted Effort by Nations Around the Globe

The ability of the United States to take meaningful action on the climate crisis just got a huge boost on 16th August, when President Biden signed the ‘Inflation Reduction Act’, a bill McFeeters says is “the United States’ most ambitious climate legislation that has ever been passed.” The goal of this legislation is to use government policy to foster and reward the private sector in energy innovation. This landmark act includes USD369 billion dollars in funding for climate and clean energy investments over 10 years. This move is expected to stimulate 10 times greater impact on the climate than any other single piece of US legislation enacted. “The idea is to invest in the private sectors’ ability to innovate and build what is needed to put our climate goals within reach,” says McFeeters. 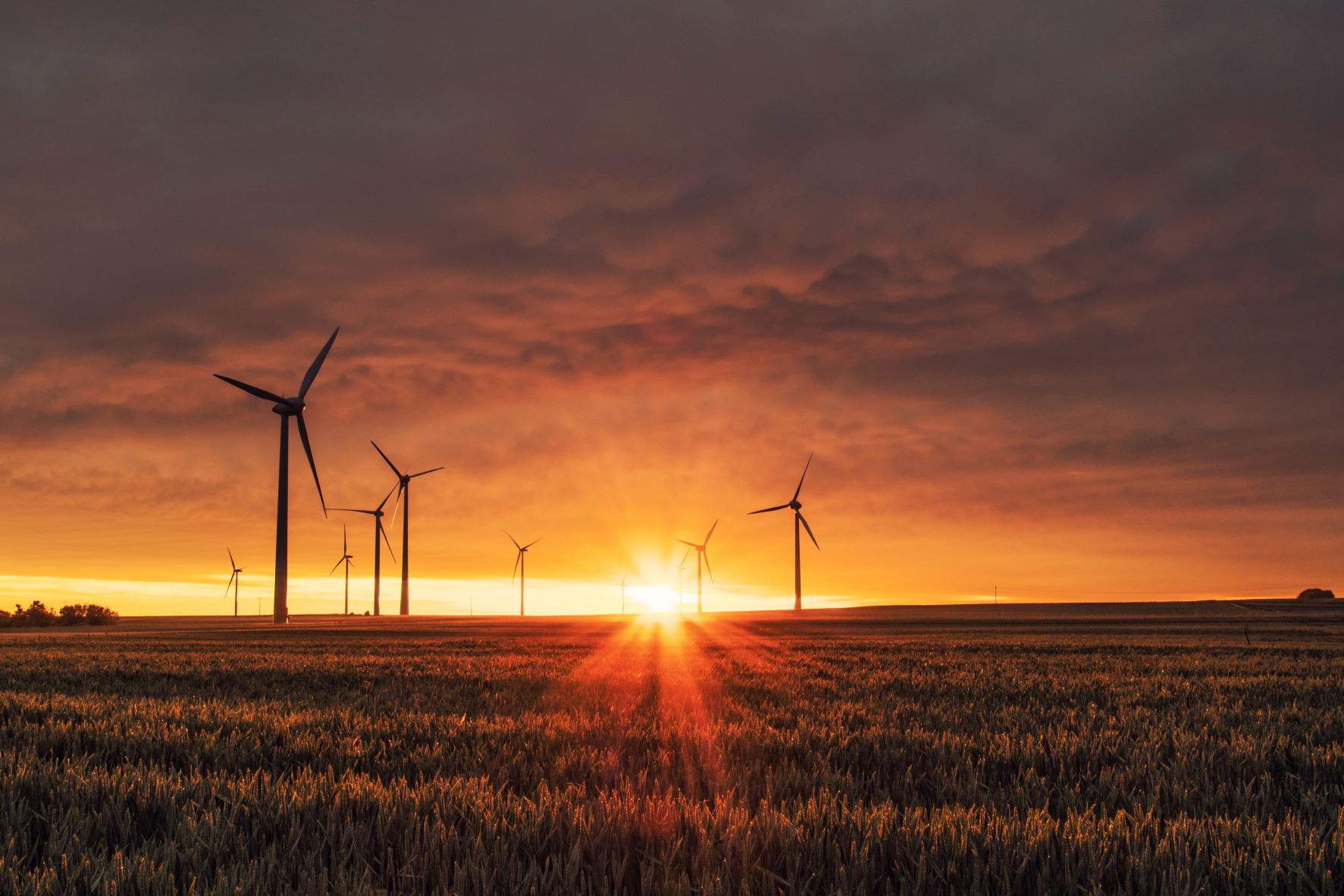 Over in Europe, 2021 saw renewable energy surpass the use of fossil fuels for the first time in the region’s history, said Dr. Apurva Sanghi, Lead Economist for Malaysia at The World Bank. This was a result of legislation designed to boost energy savings and renewables throughout the region and develop low-carbon fuels. When the Russia-Ukraine war threw a wrench in these plans, the European Union (EU),  which relies on Russia for almost 38% of its imported gas, faced a turning point in its energy transition. Realigning its priorities, in May 2022, the EU launched the Repower EU Plan, shared H.E Michalis Rokas, the EU Ambassador to Malaysia. This plan, while diversifying energy supplies and accelerating the clean transition in line with the EU’s previous goals, will also make Europe completely energy independent from Russia by the end of the decade.

Katsuhiko Takahashi, Ambassador of Japan to Malaysia also shared his country’s plans to enable cross-country collaboration to accelerate the region’s energy transition.  He explained, “Japan has set up a plan to cooperate with the international community called Asia Energy Transition Initiative (AETI), which is an initiative to support Asia’s energy transition based on each country’s conditions, economy and energy status.” In October 2022, the government of Japan also announced a Strategic Energy Plan that aims to reduce greenhouse gas emissions by 46% in 2030 and achieve carbon neutrality by 2050. While working towards this, the plan will also focus on making safety a priority in Japan’s nuclear power plants, after the TEPCO’s Fukushima Daiichi Nuclear Power Station tragedy.

During the session, panelists agreed that technology will be key to pulling off a successful energy transition and mitigating the worst effects of climate change. However, Dr. Apurva says, “the issue now in most countries is not their costs, it is about barriers to entry that a new business faces due to the incumbency powers of fossil fuel and oil companies.” Barring this, he adds, “[the] real technological breakthrough in renewables is going to be energy storage. So, energy storage is one area that arguably [will] give us this moonshot moment for public, private, [and] all collaborators to push into the next level.”

This sentiment was echoed by Ir. Ts. Abdul Razib Dawood, Chief Executive Officer of the Energy Commission. According to him, energy storage has immense potential to support a stable energy system. With higher penetration and usage of solar, storage will introduce intermittency – one of the main drawbacks of solar PV. To mitigate that risk of energy instability, solar PV needs to be coupled with energy storage. On top of this, he explained, with energy storage in place, less stress will be placed on the grid to meet real-time energy demands, creating a ripple effect within the distribution network. With less capital needed to reinforce the grid, additional tariff costs do not trickle down to the consumers.

On the other hand, the issue with low carbon technology, according to Dr Apurva, is that technologies around hydrogen, carbon capture and utilization, and solar mostly reside in the US, Europe, or China.

“What are the mechanisms that ought to be in place that will spur the diffusion to the rest of the world? If you’re able to address [this], there’s no reason why this J.E.T (just, economic, and technological transition) can’t take off to a greener future”, he states.

The innovation of ammonia co-firing in coal power plants also holds a promising outlook. As stated by Takahashi, if coal-fueled power can be zero emission, it could make a huge contribution to the world’s climate change agenda. Currently, Japan is exploring this project in Malaysia alongside TNB and Petronas.

A Unique Set of Challenges for Malaysia 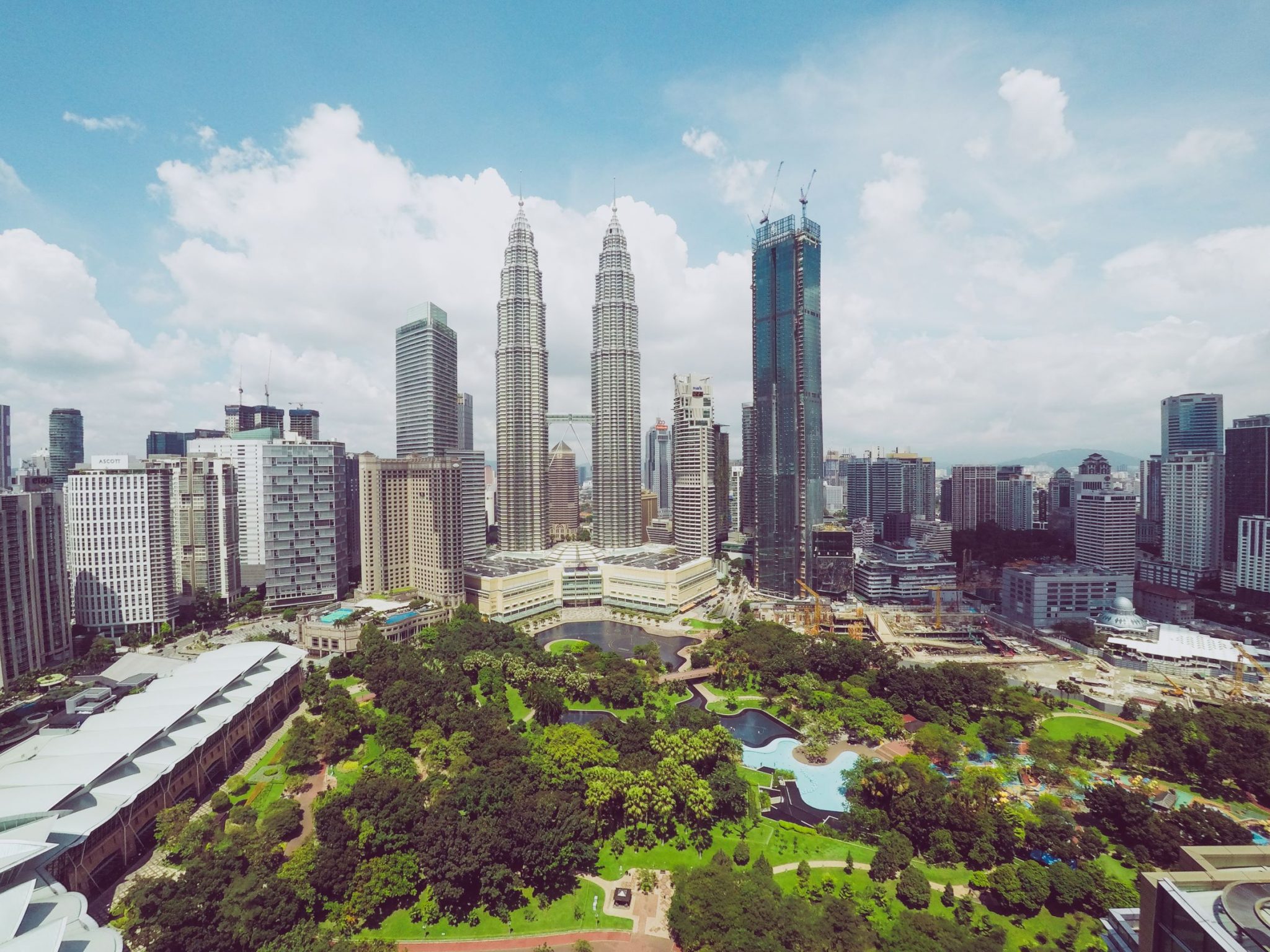 Malaysia’s commitment to pursue net zero by 2050 was reaffirmed by the announcement of the 12th Malaysian Plan by Prime Minister Ismail Sabri Yaakob. With 75% of the country’s GHG emissions coming from the energy and transport sectors, Malaysia is looking at tackling the big-ticket item first – decarbonising the power sector. Tan Sri Abdul Wahid, Chairman of Bursa Malaysia Berhad elaborated that the race to zero emissions includes phasing out coal, scaling renewables with storage technology, leveraging Malaysia’s gas advantage to complement renewables as a transition fuel, investing in the grid, and scaling up energy efficiency in the areas of demand and management. This plan is supported by the national utility, Tenaga Nasional Berhad (TNB), through its bank of strategic initiatives aimed at fast-tracking its sustainability agenda.

Transforming an energy landscape, however, is a big feat that naturally comes with its own challenges. Malaysia is no exception to this, and the country’s unique set of challenges were discussed by the panelists. Dr. Apurva pointed out that although Malaysia receives a lot of heat throughout the year, its sunlight intensity is low at only 4.7 kilowatt/metre sq, a constraint for generating a steady supply of solar power.

While it’s laudable that Malaysia has more than doubled its spending on climate mitigation measures between the 10th and 11th Malaysia Plan, climate adaptation measures should equally be considered, said Dr. Apurva. Growing threats are looming on the horizon – the country’s coastlines are vulnerable to the rise of sea levels, storms, and coastal erosions. On top of that, recurring floods, such as the one last December, cause immense damage and heavy losses to Malaysians. With that, Dr. Apurva urged for a national adaptation plan to be put in place saying, “if you fail to adapt, you’ll be forced to adapt in failure.”

Dr. Apurva also brought up Malaysia’s standing in the region as the nation that holds the highest ownership of vehicles per capita, mainly due to the lack of adequate public transport and the availability of cheap fuels. This matter, according to Dr. Apurva, creates another layer of challenge in mitigating carbon emissions. “Malaysia must consider its emissions from the transportation standpoint as well,” he says, ending his note with a quote from Gustavo Petro, Mayor of Bogotá – “A developed country is not a place where the poor have cars, it’s where the rich use public transportation.”

Challenges aside, Malaysia has long set in motion numerous initiatives and programmes to pave the way for a green future. “A couple of decades ago Feed-in-Tariff was announced by the government to introduce RE in the mix”, highlighted Dawood, “we started with Feed-in-Tariff in the early 2000s and continued with Net Energy Metering (NEM).”

Challenges aside, Malaysia has long set in motion numerous initiatives and programmes to pave the way for a green future.

Dr. Apurva also expressed that Malaysia’s green financing is on the right track. “Bank Negara Malaysia (BNM) and Bursa have done excellent work in putting out quality and comparable data which is so important for investors to make guided decisions,” he said. Supporting this, Tan Sri Abdul Wahid added, “We’re seeing significant investments in ESG assets whereby [in] 2025, we expect some 30% of global investments to be in the ESG sector.” Tan Sri Abdul Wahid added.

In December 2021, the MyRER (Malaysian Renewable Energy Roadmap) strategic framework was announced – a national plan encompassing four technology-specific pillars: solar, bioenergy, hydro, and new solutions and technologies. This framework will help realise the Government’s future RE aspirations with an anticipated cumulative investment of RM43 billion and 46,636 job opportunities. National utility giant, TNB, joined the mission with a commitment to phase out coal completely, in line with the government’s green goals. “Our guiding principle,” shared Dawood, “is balancing this with the energy trilemma.”

Panelists concluded the session by sharing their most important thoughts on moving forward with the energy transition. As Michalis Rokas shared, “there is no way we can achieve carbon neutrality if we work in isolated islands.” Despite leading the green transition, he says, the EU only contains 5% of the world’s population. “No matter what we achieve, we can’t fight this fight alone,” he said.

“The path forward is challenging,” said Dr. Apurva, “but we need to do more, in terms of stronger and binding pledges, and more in terms of integrating money for the transition and transitioning own personal lifestyles.” Otherwise, he warns, “our planet’s fever will not break.