Having pledged to reduce its greenhouse gas emissions (GHG) by 45% by 2030 (compared to 2005 levels), Malaysia has been working hard to decarbonise its energy-centric economy, but together with national utility Tenaga Nasional Berhad (TNB), the country is faced with an immense challenge. With an increasing urban population, a post-COVID-19 spike in energy demand and a rapidly developing economy, the task of integrating renewables and retiring fossil-fuel based energy while increasing overall energy output and improving its services is gargantuan – but a challenge that is being tackled head-on.

Recently, TNB announced its plans to invest approximately RM20 billion in capital expenditure over the next 28 years as part of its plan to fast-track the company’s Energy Transition Plan aimed at reducing its emission intensity to net zero by 2050. At the same time, the national power utility will continuously strive to maintain a stable and advanced power systems for Malaysians while ensuring the delicate balance of the energy trilemma which includes energy security, accessibility and environmental sustainability.

Preparing for Our Energy Future 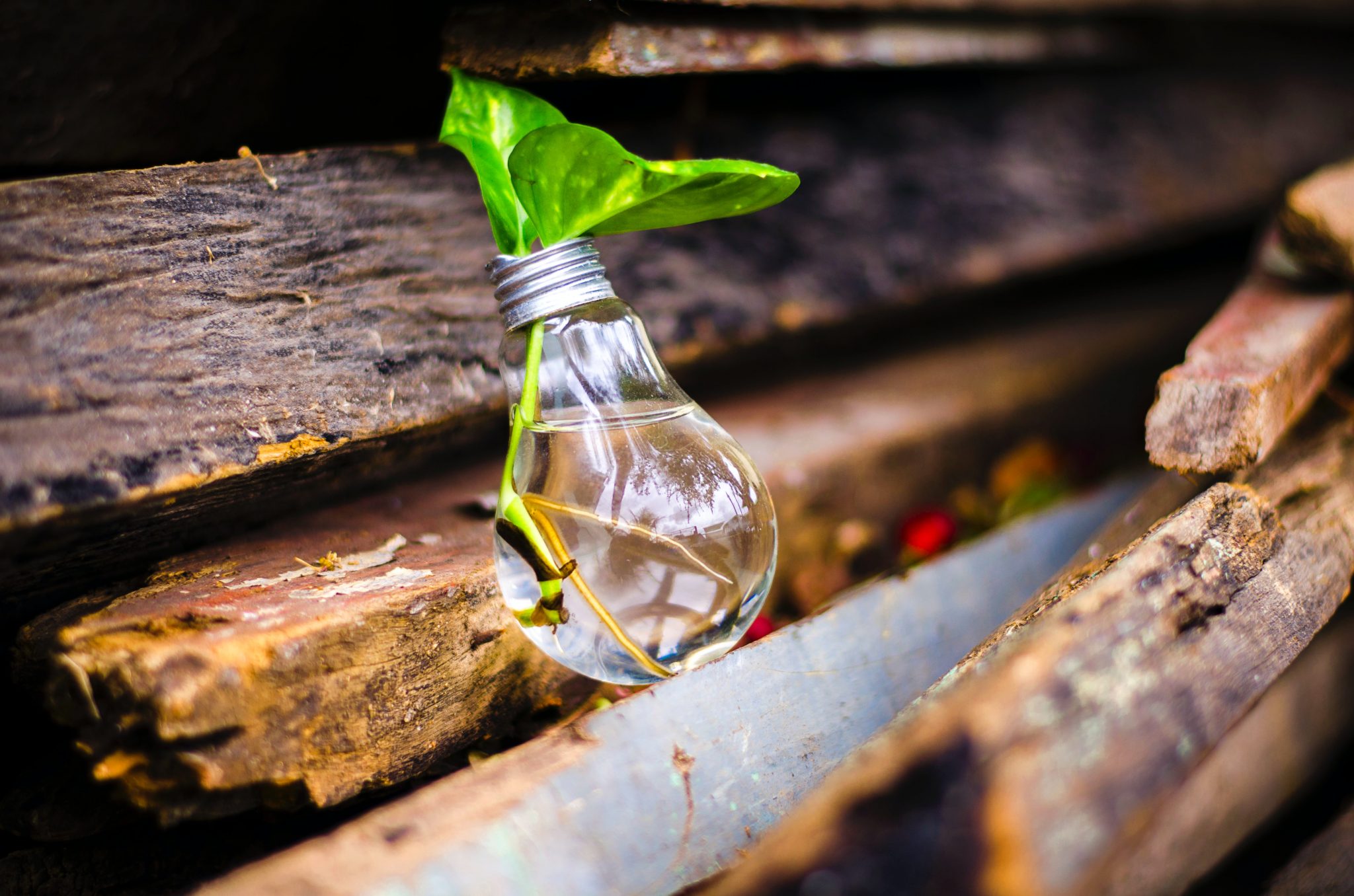 The benefits of a modernised energy grid cannot be overstated and TNB intends to continue investing in the “Grid of the Future” by growing its regulated asset base to RM100 billion by 2050. Increased efficiency, quicker identification of transmission faults and improved grid security are just some of the benefits that will be unlocked with a modern grid system. Malaysia’s current electricity grid, which stretches over 24,600 circuit-km across 462 substations in Peninsular Malaysia and 2,941 circuit-km across 48 substations in Sabah, transports a total of 129,682 gigawatt-hour (GWh) of electricity.

Just maintaining a standard level of service for this system is complicated to say the least, with ongoing challenges in preserving employee and community safety, land constraints while keeping up with environmentally conscious expectations. Yet, efforts are constantly ongoing to modernise the Malaysian power grid, resulting in the country’s System Average Interruption Duration Index (SAIDI) reducing from 150 minutes in 2002 to 45.25 minutes in 2021. This improvement has made Malaysia’s electricity grid reliability the best in the region and puts TNB’s response rate on par with developed countries.

“We will pursue regional interconnection that will allow for a wider reallocation of renewable energy resources that will help decarbonise the ASEAN power system as well as strengthen the security of supply. The grid will provide the group with potential earnings of RM7 billion by 2050,” said TNB President and Chief Executive Officer, Dato’ Indera Baharin Din.

On top of this, as part of the country’s commitments to reduce greenhouse gas emissions in line with the Paris Agreement, TNB is working towards achieving the nation’s target of 31% renewables penetration in its energy mix by 2025 and 45% by 2035. This comes after the country’s initial target of 20% renewables by 2025 was quickly achieved and exceeded years ahead of schedule through efforts by TNB and the Malaysian government. Recently in August, TNB announced several strategic initiatives aimed at fast tracking its sustainability aspiration of net zero emissions by 2050.

Aside from  TNB’s Grid of the Future plan along with the recently announced capital expenditure of RM20 billion, a lot more is underway to prepare Malaysia’s energy grid for an efficient, reliable, and sustainable energy future. This includes efforts to accelerate decarbonisation to increase enterprise value of TNB Power Generation Sdn Bhd (GenCo), growing renewable energy portfolio and developing electric vehicle ecosystem.

Building the Future that We Have Planned 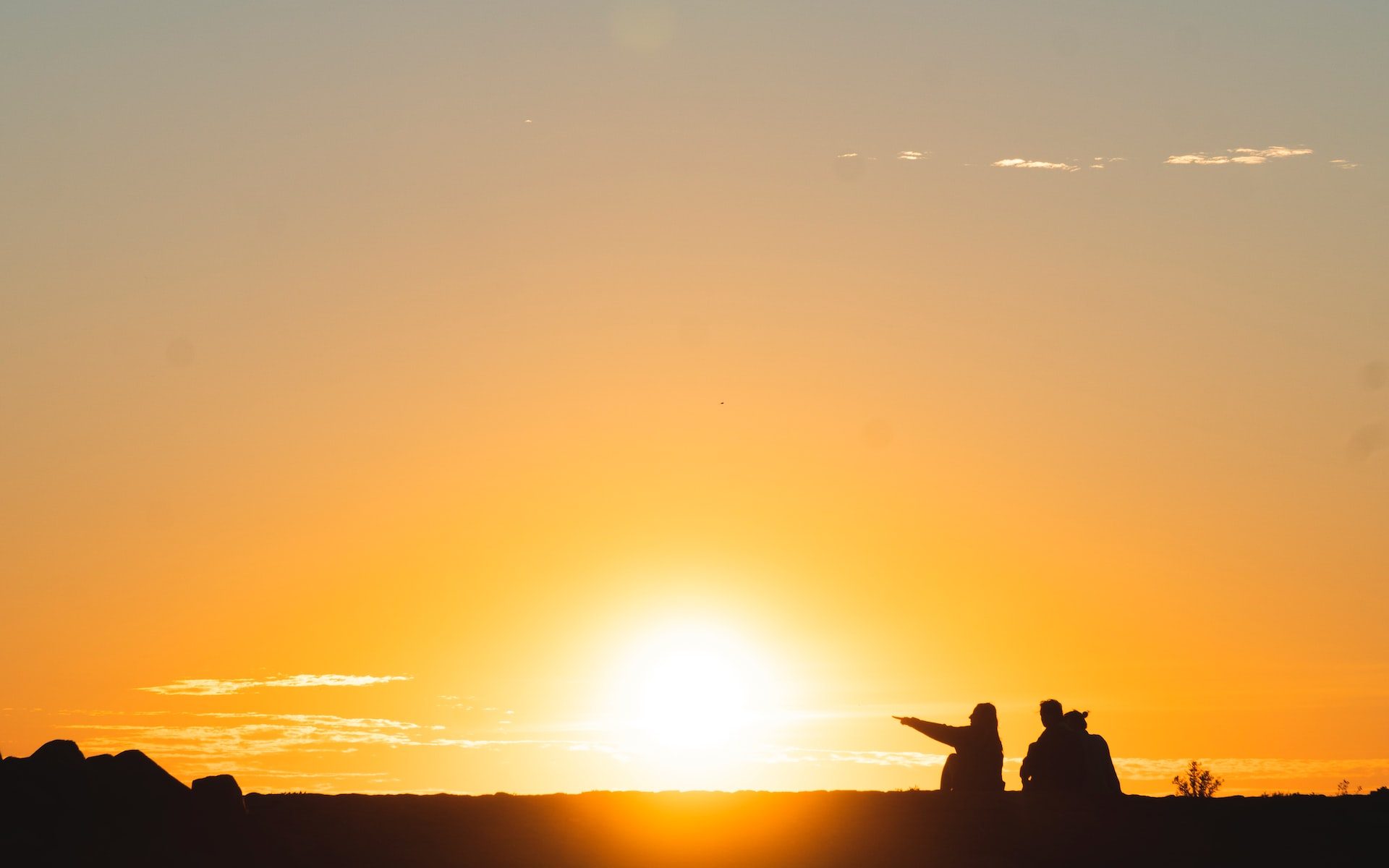 Despite the astounding success in meeting the initial 20% renewables target, the road towards increasing this mix to 40% will not be a walk in the park. Driven by the New Energy Division (NED), TNB is actively working on growing its renewables portfolio in Malaysia, and internationally in order to achieve over 14 GW capacity by 2050. This includes expanding its expertise in solar and wind, both onshore and offshore, complemented by utility storage in select markets.

Despite the astounding success in meeting the initial 20% renewables target, the road towards increasing this mix to 40% will not be a walk in the park.

However, integrating renewable energy production and storage technologies alone will not be enough to meet emissions targets. In fact, much of the work required centers around increasing the efficiency and reliability of the grid. This will include upgrading and modernising the grid for faster fault detection and restoration of energy supply, keeping customers informed and updated, and reducing system downtime when power outages occur.

The digital transformation initiatives also allows integration of smart meter data with advanced distribution management system (ADMS) and geospatial information system (GIS) which delivers quicker identification of power outages and automatic allocation of resources to mitigate the issue. This would mean that TNB would be able to locate the nearest repair team to deal with grid issues and keep customers updated on repair timelines. In the end, the biggest impact for energy consumers would be an even bigger reduction in system downtimes as these infrastructure improvements and digitalisation significantly cuts down the time needed to perform corrective actions.

Over the near terms, the RM20 billion capital expenditure will not only propel Malaysia’s energy grid into the future, but also deliver an estimated GDP impact of RM20 billion on top of over 300,000 new jobs in the same period. The key driver for this, behind the investments into Malaysia’s energy future, is the Incentive Based Regulation (IBR) framework.

Introduced in 2004, the Incentive Based Regulation (IBR) framework was designed to ensure a high level of customer satisfaction by incentivising efficiency and ensuring transparency in the energy sector. IBR allows a structured, transparent and informed method of tariff setting that takes into account the required capital expenditure (CAPEX) and operational expenditure (OPEX) of energy utilities.

Through IBR, energy utility companies are provided a predetermined budget. This budget ensures they act prudently with financial resources – a crucial point as utilities plan for future investments. This method also provides an incentive for innovation and efficiency within the energy sector as utilities strive for lower operational costs with higher yields while staying within the budget determined through IBR, or risk penalties for underperformance.

At the same time, IBR also ensures energy consumers in Malaysia enjoy stable, electricity tariffs through its Imbalance Cost Pass-Through (ICPT) mechanism. The Imbalance Cost Pass-Through (ICPT) is calculated every 6 months by analysing the actual cost of producing and supplying electricity against projected costs. This allows utilities to “pass-through” extra costs or savings to end consumers, allowing energy consumers in Malaysia to enjoy a tariff that’s closer to the true market cost of electricity. This way, ICPT provides consumers with stable electricity prices, buffering the impact of a volatile global energy market while incentivising efficiency among power producers.

Overall, in a volatile global energy market, the IBR framework offers long-term stability and benefits for stakeholders and consumers as illustrated in the visual below. 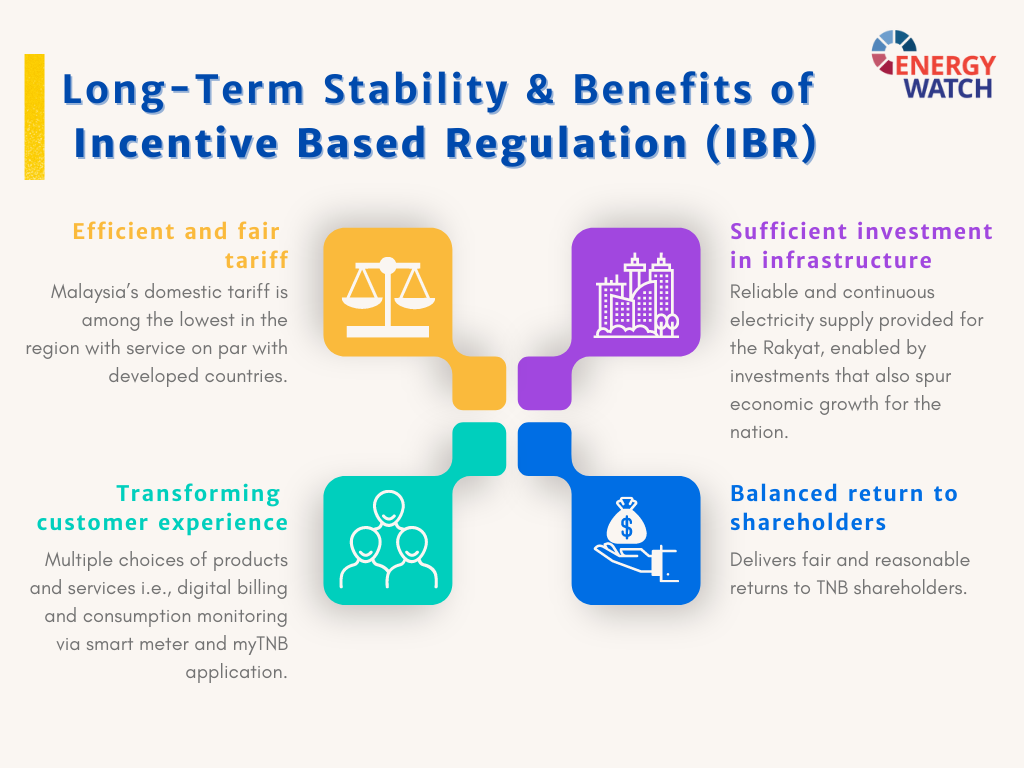 A Right Time for Change

Investing in Malaysia’s energy infrastructure and the digital energy transformation is now a crucial step in ensuring Malaysians continue receiving uninterrupted power and the best quality of service possible. Underlining these goals is the harsh reality of the climate crisis, which can only be mitigated with collective action towards building more efficient and sustainable energy systems. To ensure Malaysia’s on track with its green economy and goals, TNB intends to deliver on its plans to fast track its sustainability agenda through a modernised grid, decarbonisation of TNB Power Generation Sdn Bhd (GenCo), expansion of its renewable energy portfolio and development of the nation’s electric vehicle ecosystem.

Investing in Malaysia’s energy infrastructure and the digital energy transformation is now a crucial step.

While realising our Grid of the Future dreams comes at a high cost, taking action now safeguards our energy future and protects our grid against a volatile and fast-changing energy landscape. With all-hands-on-deck to make this transition a success, and ICPT in place to buffer the most volatile of market changes, Malaysians can rest assured that their energy future is being secured.