The global pandemic has severely impacted economic output across the world, and the electricity supply industry is no exception. As a consumer, you may be wondering – how will this impact my tariff surcharge or rebates, and are utility companies expected to keep the tariffs low despite facing operational challenges?

There are several internal and external factors that affect the price of electricity. In Malaysia, up to 70% of the tariff goes towards costs associated with electricity generation, which include the costs to purchase of fuels such as coal and natural gas. 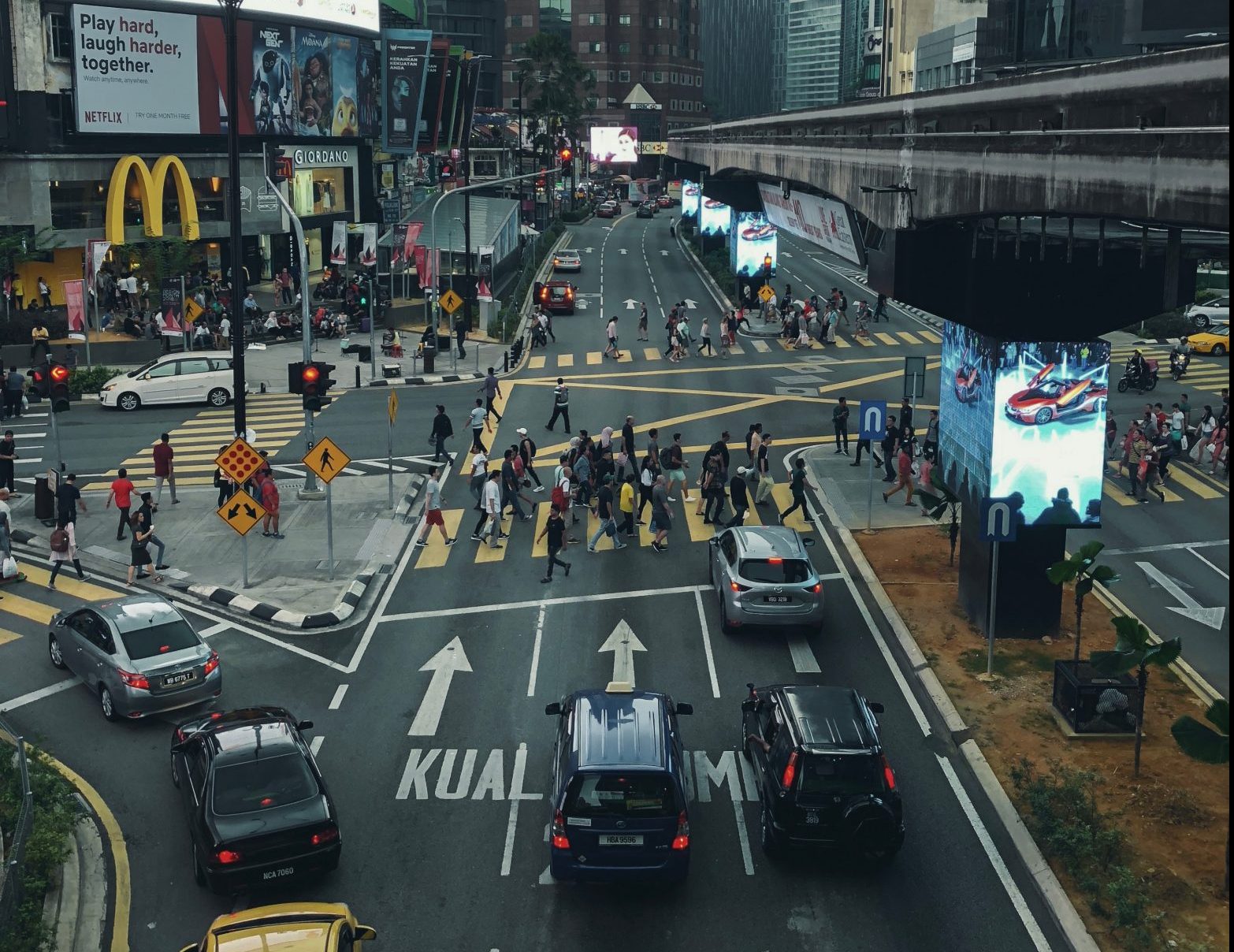 While many countries are making the move towards renewable energy, Southeast Asia still relies heavily on fuels such as coal and natural gas to generate electricity. This includes Malaysia, with coal being the primary fuel used for electricity generation. With economic shutdowns reducing electricity demand, fuel supply and prices face volatile years ahead.

In determining a fair electricity price, the above costs are taken into consideration when the base tariff for Malaysia is calculated, which happens once every three years. This framework is called Incentive-Based Regulation (IBR), which analyses the ‘projected’ or ‘budgeted’ costs associated with electricity generation at the start of each 3-year regulatory period.

However, the market prices commodities such as coal and natural gas fluctuate constantly. Within the course of the three years, coal prices may rise sharply, or decline heavily due to various industry and market factors. The same goes for natural gas.

Particularly for costs associated with natural gas, TNB is required to assess the subsidised gas price set by national oil and gas company Petronas. Commercially, power sector operators are charged a subsidised rate of RM27.20/mmbtu for the first 1000 mmbtu of gas. Under the current regulatory period, the baseline gas price set in the electricity tariff as of 2020 is RM27.20/mmbtu for the first 1000 mmbtu of gas. Above the contracted amount, TNB is allowed to purchase gas at market rate from external suppliers. 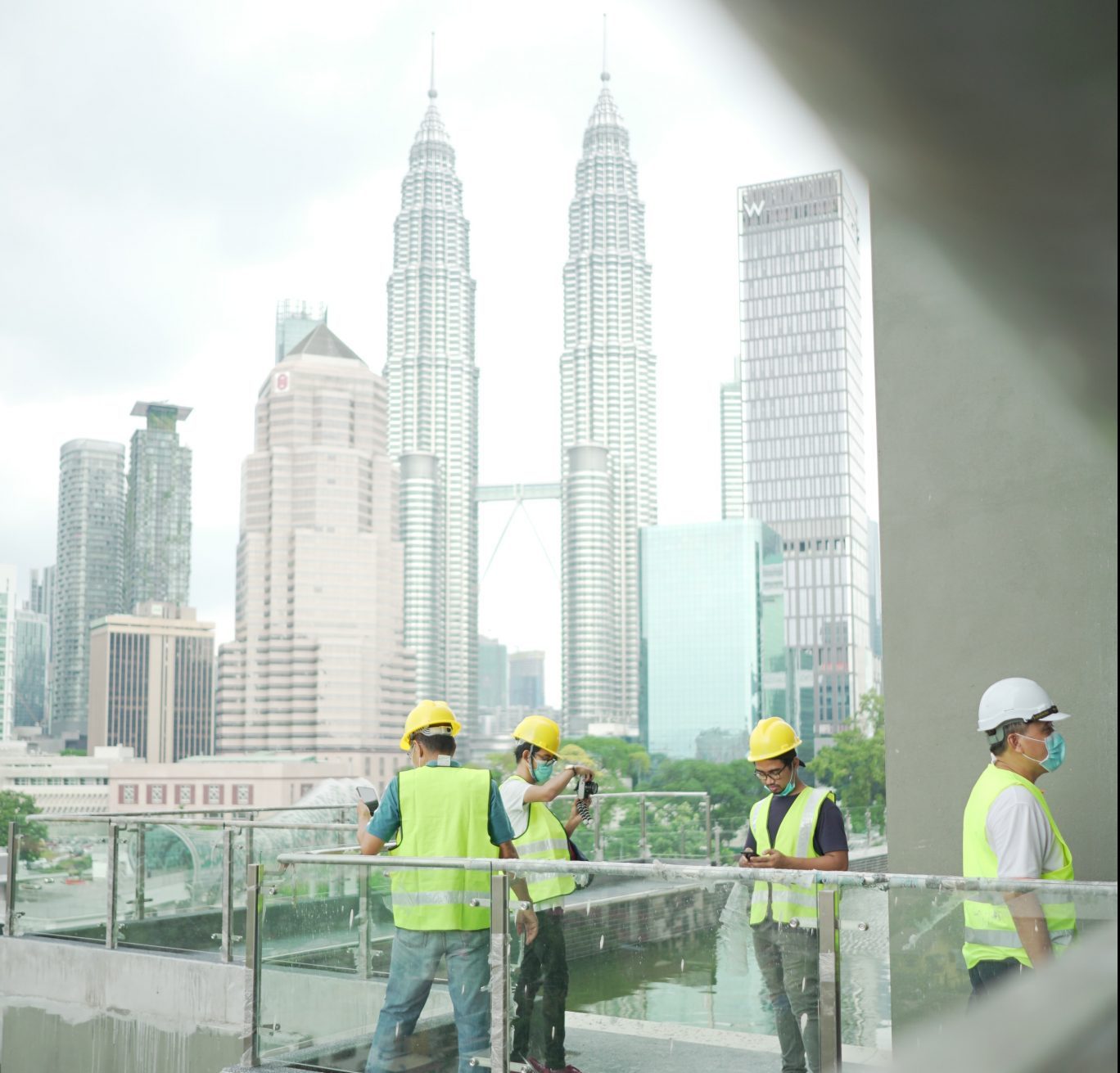 Without a mechanism to help energy companies respond appropriately to the changing market costs, both customers and utilities risk losing out. Lower fuel costs over the course of three years could lead to abnormal company profits. Consumers eventually suffer as the lower costs are not fairly reflected accurately in the electricity bills.

On the other hand, unanticipated spikes in fuel prices could negatively impact a utility’s financial planning and investments. This would impact the utility’s ability to operate efficiently, hindering long-term growth opportunities – eventually leading to poor business performance and market failure. The trickle-down effect to consumers is a utility that is unable to deliver a secure, reliable supply of electricity. The economic impact of disruptions to the nation’s electricity supply would be far-reaching; a stable electricity supply network is one of the key elements that draw in foreign investments to the country.

Rebates and Surcharges with ICPT

The Imbalance Cost Pass-Through (ICPT) mechanism was introduced in Malaysia in 2014 under the Incentive Base Regulation framework. The mechanism aims to reflect the true costs of generating electricity against the nation’s tariff, and reduce the impact of volatile fuel prices on utilities and consumers. It also aimed to help TNB reflect any variation in uncontrollable costs – mainly due to the impact of fuel prices volatility – on utilities and consumers. 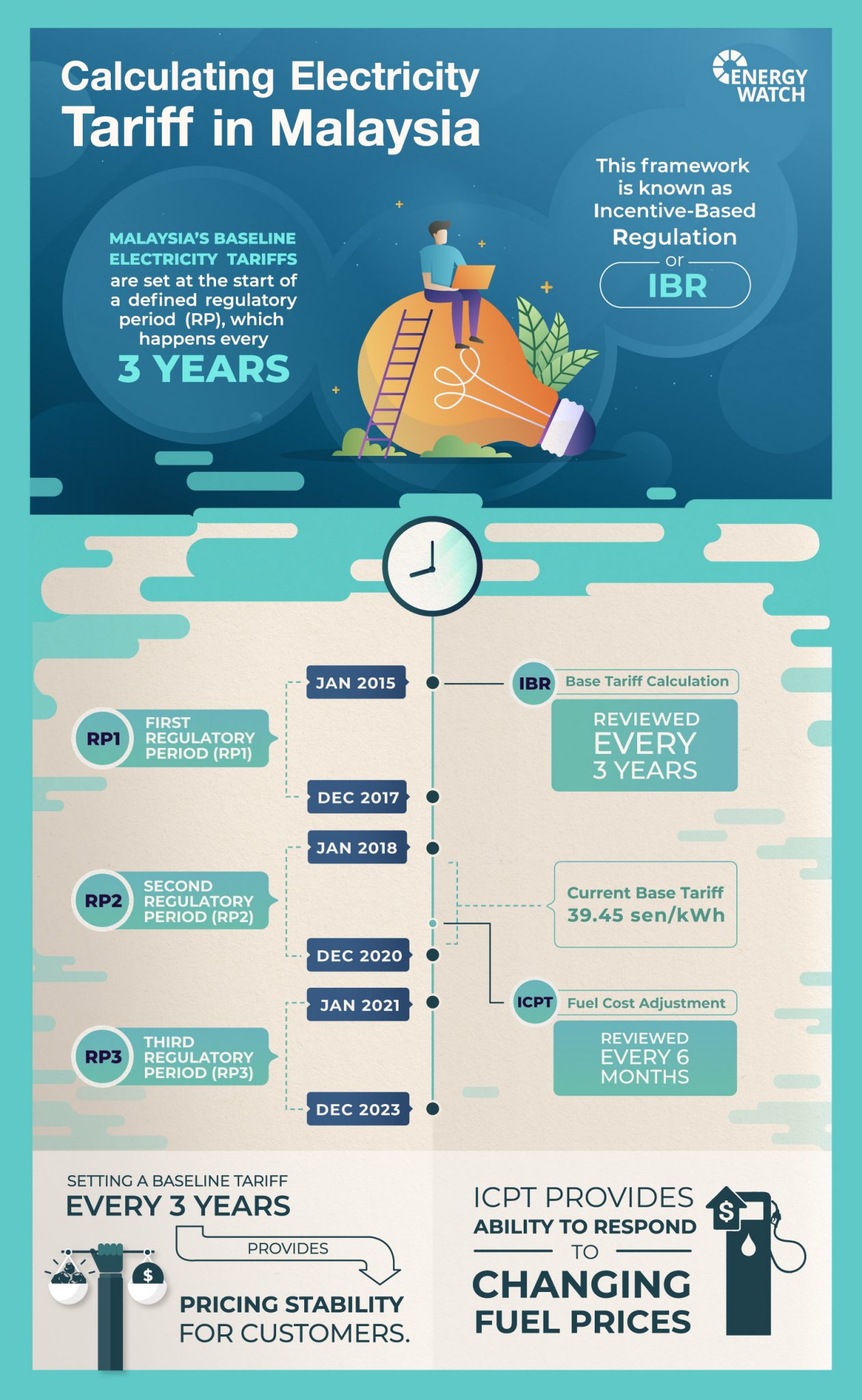 Under ICPT, the true market costs of fuels such as coal are analysed every six months. Both utility and customers stand to benefit from the mechanism, as the system allows for customers to rebate or surcharge depending on how actual generation costs align with costs previously projected (or ‘budgeted’) during the start of the 3-year regulatory period.

The implementation of ICPT mechanism is neutral and does not give any incremental profit to TNB, as the mechanism operates on the principle of ‘passing through’ savings and costs associated with fuel prices down to the consumers.

Between 2015 and 2017, a total of RM6.3 billion in rebates was passed on to customers. This was based on actual electricity generation prices falling below expected costs during Regulatory Period 1 (RP1). More recently, the ICPT assessment in January 2020 resulted in no changes for domestic customers, who continued enjoying surcharge-free tariffs, largely thanks to the RM62.95 million of funds provided by Kumpulan Wang Industri Elektrik (KWIE), a nation-wide fund operated and controlled by the Energy Commission.

It is important to note, however, that changes in the market fuel price will have a lagging effect on the electricity tariff, and will not be felt immediately by the consumers. In the case of gas, prices are driven by oil, which is declared by national oil and gas company Petronas with a lag of three quarters, or nine months. This declared price is used to calculate the ICPT , which will be implemented in the following six months period. As such, changes in natural gas prices would take up to 15 months to be reflected in the tariff.

Meanwhile, coal is priced based on Applicable Coal Price (ACP), which is declared by TNB Fuel to coal power plants. The declared ACP for each following quarter is forecasted based on forward prices for index-linked contracts, one month before the start of the quarter. This price is used to calculate ICPT for the prevailing 6 months period, which – similar to gas prices – will be implemented or passed through to the customer’s tariff in the following 6 months period.

On the other hand, the virus is also challenging the supply chain that generates our electricity. Coal production in China already saw a decline of around 6% within the first two months of 2020, as workers were unable to access mining sites. In top coal-producing nations such as China, Indonesia, and India, whose large populations are a ticking virus timebomb, the impacts could be dire.

With the impact of COVID-19 still being felt around the world, fuel price volatility may well become more extreme, making mechanisms like ICPT more important than ever.