Malaysia’s recent move to raise its renewable energy (RE) targets to 31% by 2025 has been met with applause by most stakeholders, but some industry players say more can be done.

Solarvest is a clean energy specialist in Malaysia whose portfolio includes Large Scale Solar Photovoltaic (LSS PV) projects as well as residential, commercial and industrial projects. According to Davis, he hopes the Government would consider expanding the quota allocation for solar under the new plan from 1.1 Gigawatt (GW) capacity to 8GW by 2025 and 20GW by 2035.

“The present quota of 1.1GW capacity left from the 31% allocation is easily fulfilled by rolling out another Large-Scale Solar (LSS) and Net Energy Metering (NEM) programme, which could generate a capacity of around 1.5GW. The industry is fully capable of more. Given the strategic location of the nation in terms of sunlight, we believe solar energy is one of the most important sectors in pushing the nation’s green agenda,” Davis added.

Malaysia’s solar industry has undoubtedly seen exponential growth in the past decade. According to the International Renewable Energy Agency (IRENA), Malaysia was the second-largest solar PV employer in ASEAN and the seventh largest in the world in 2019. Pro-solar policies have been met with open arms by consumers and businesses alike, spurring the industry’s growth on a local and regional level. 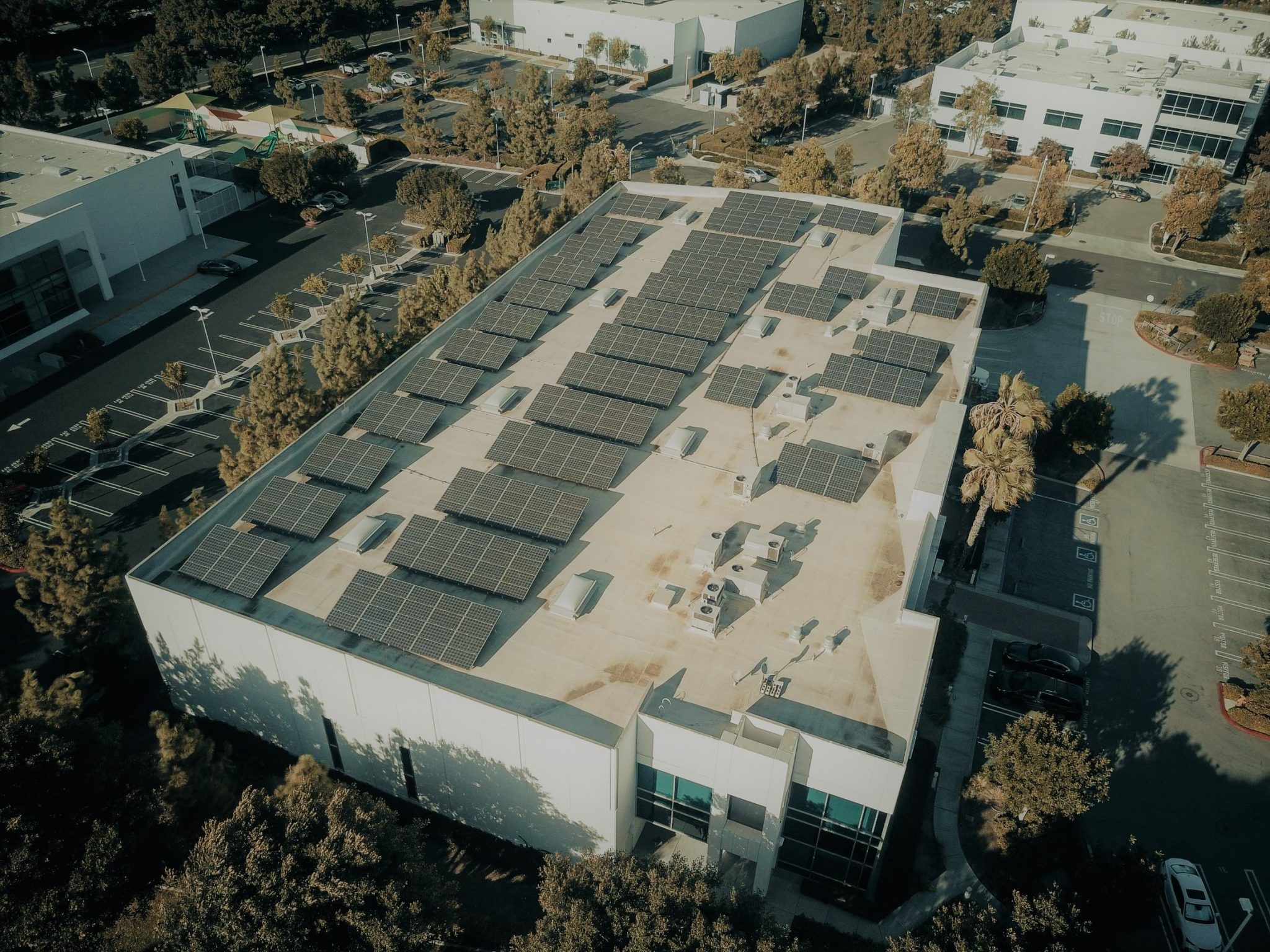 One of the Government’s initiatives, the Net Energy Metering (NEM) programme, specifically NEM 2.0. which was released in early 2019, was snapped up by consumers within its first two years of rollout. The programme allows customers to sell any excess solar energy generated by their solar PVs back to the nation’s supplier, Tenaga Nasional Berhad (TNB), at a competitive rate. The overwhelming response prompted the government to launch NEM 3.0, the third installation of the programme, this year.

Davis believes that the overwhelming response points to a market that is ready for more. “Despite the 300MW increase in quota for NEM Net Offset Virtual Aggregation (NOVA) in October 2021, we feel that it is still insufficient in relation to the robust demand we are seeing. We hope to see an even greater increase in quota allocation for NEM NOVA to allow for greater participation, especially amongst ESG-focused multinational companies operating in Malaysia,” he added.

According to the International Renewable Energy Agency (IRENA), Malaysia was the largest solar PV employer in ASEAN and the seventh largest in the world in 2019.

In tandem with increasing customer demand, solar companies have also flourished in number. Solar players such as GSPARX Sdn Bhd, a solar subsidiary under TNB, have begun offering creative solutions to payment and financing woes, as players vie for market share in an increasingly competitive landscape.

“One of the main challenges faced by customers is the financing aspect, namely the upfront cost needed to install a solar PV system. For a commercial building, the cost can require a minimum of RM200,000 (USD50,000). This is where GSPARX can bridge the gap by providing the financing via our zero-capital expenditure (CAPEX) solution,” commented Elmie Fairul Bin Mashuri, Managing Director of GSPARX.

“We also see increased awareness amongst house owners and companies searching for ways to reduce their electricity bills. For businesses, going solar is a solution to meet their ESG target. With zero-CAPEX solutions offered by investors like GSPARX, going solar is a hassle-free process,” he added.

To mitigate the impact on customer wallets, the Government has implemented several green technology tax incentives such as the recent Green Electricity Tariff (GET), Green Investment Tax Allowance (GITA) and Green Income Tax Exemption (GITE). While extensive, Davis suggests an additional introduction of individual tax rebates of up to RM10,000 for residential customers purchasing solar PVs.

Elaborating further on the government’s new GET initiative, Elmie continued, “Customers are given many options to explore the best green energy product that fit to their requirement and business objectives. Not all rooftops are suitable for solar, some needs high solar capacity but limited by suitable roofs. The good news is that there are alternative schemes such as GET and REC that helps these customers to go green without having to install solar on their roof.”

“The GET or previously known as Renewable Energy Certificates (REC) is a globally recognised tool that enables companies to purchase renewable power in a transparent and credible way. This is an essential and helpful method that would widen the entry into renewables and ease companies in meeting their sustainability targets, globally,” said Elmie.

“Other than the commercial and industrial (C&I) segment, we should also consider the residential segment, which is often neglected. The introduction of individual tax rebates will significantly reduce the initial costs for prospective solar adopters. Furthermore, a special quota allocation for the property developers to include solar PV panels in their housing projects could also speed up the growth of solar adoption in Malaysia,” said Davis. 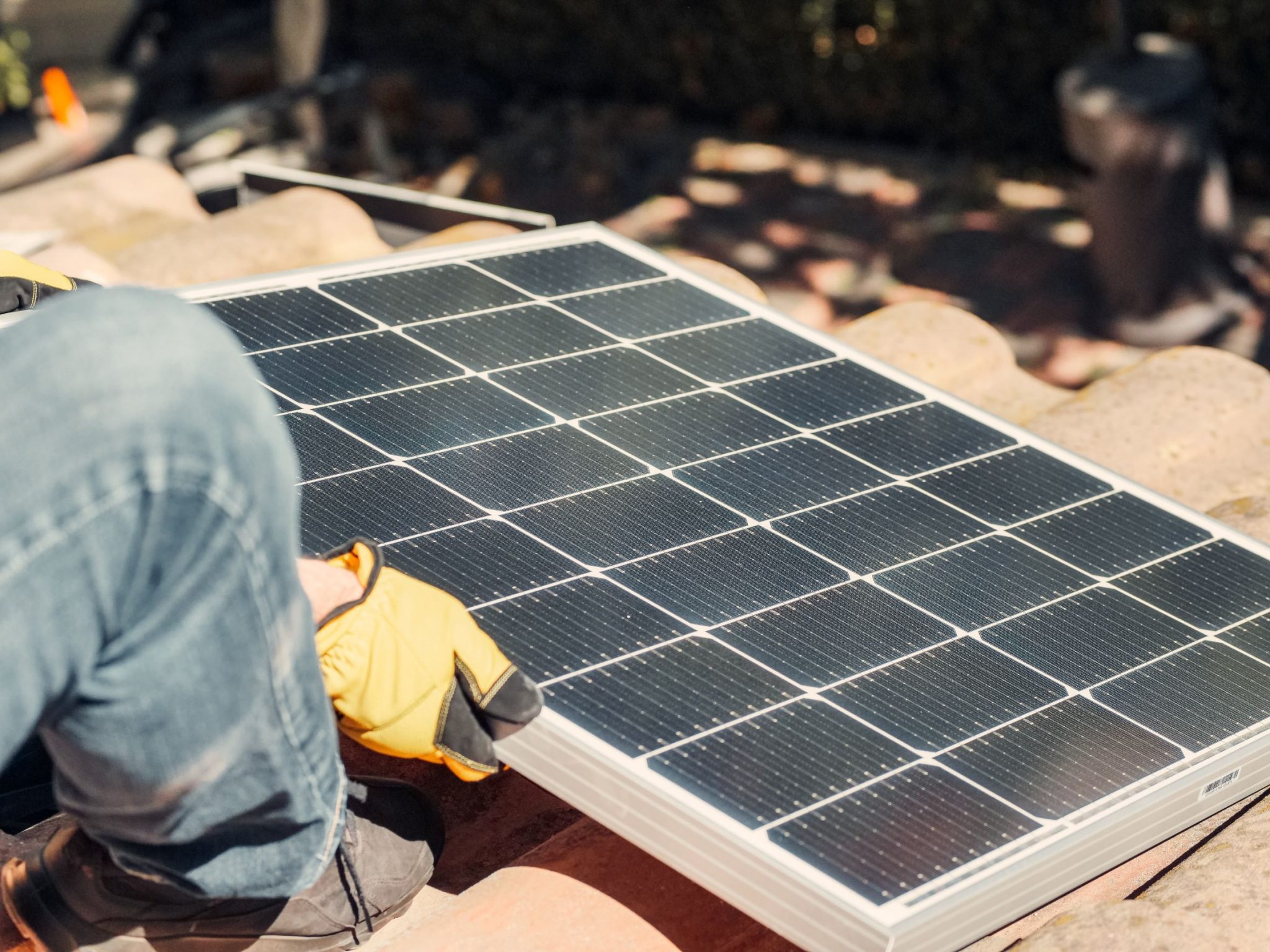 The solar players are also looking forward to peer-to-peer (P2P) energy trading, another up-and-coming area impacting the industry. Davis shared, “We feel that the country’s P2P pilot programme was a good starting point towards creating a more holistic energy policy. Digitalisation will play an immense role in solar energy as well as energy liberalisation as a whole. With the growing acceptance of blockchain technology, the possibility of allowing for free market participation in the energy market is made easier these days.”

On the back of supportive policy and technological growth, the industry is set to see an upwards trend. The pandemic has shed light on the reality and urgency of a carbon neutral future, with governments pressing forward hard on their green agendas.

“The pandemic has had an impact on us in terms of project rollouts, which were apparent during the Movement Control Order (MCO) 1.0 in 2020 and MCO 3.0 between June and August 2021. However, it is important to note that the majority of our projects remain intact. Since October 2021, we have resumed full operation and are currently on track in terms of clearing our backlog. Also, while we were unable to operate as smoothly as we hope to in the past two years, our unbilled orderbook has grown to an all-time high of RM630 million mainly due to LSS4 project wins,” said Davis.

“The future is bright. With the government commitment in RE, net zero target and the desire to grow the economy by providing greater business and job opportunities, the local solar energy industry is primed to grow in the near future. According to studies, every megawatt of rooftop solar system procurement provides 4.36 direct jobs and 28.5 indirect jobs. Hence, having more programs such as NEM and other RE programs will boost job creations in the domestic market,” concluded Elmie. 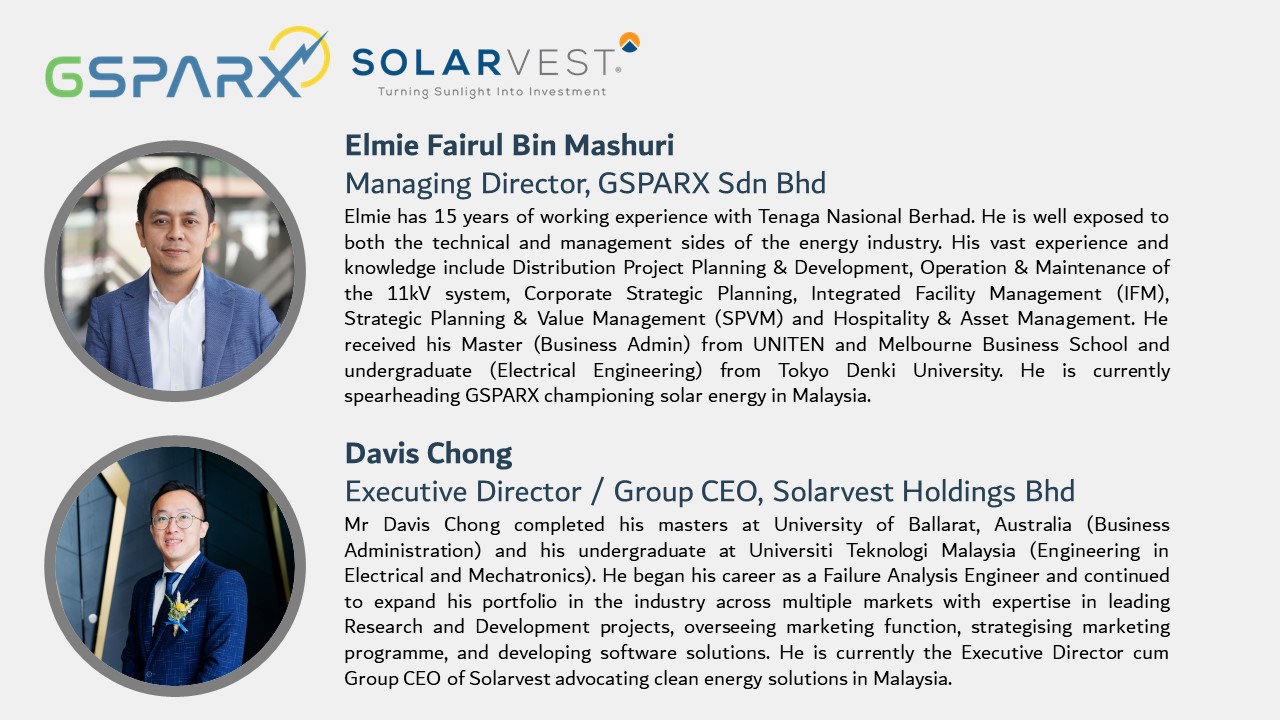